A few bounces are all that stood between the Philadelphia 76ers and the Eastern Conference Finals. Given that, it makes sense for the Sixers to regroup and head back into the East this season with their heads held high that they nearly took down the would-be NBA Champion Toronto Raptors.

Or, you know, completely revamp the team. That was apparently on the table as well.

Philadelphia goes into this season with high expectations – Conference Finals or bust. Kawhi Leonard is not around to rattle home a game-winner. Kevin Durant is on the shelf, probably for the entire season. Overall, the East is weaker than last year – even the mighty Milwaukee Bucks may have taken one lateral step to the right as opposed to a step forward. Instead of running it back as many people believed, the Sixers added two new starters and beefed up their bench.

There are two big moves to consider, but the Jimmy Butler trade is perhaps the biggest one that has the most implications. Philly sent the mysteriously disgruntled Butler to the Miami Heat for Josh Richardson as part of a messy four-team trade with Portland and the Los Angeles Clippers. Butler becomes the leading man in South Beach and Philly loses their go-to scorer in crunch time. On the outside looking in, the Philadelphia 76ers got worse. Jimmy Butler is a star in this league and Philly relied on him to get a bucket when the team needed it. As good as Joel Embiid and Ben Simmons are, they are both hampered on offense for one reason or another. Simmons has an unwillingness to shoot and Embiid cannot be trusted from deep. That is where Butler came in and thrived.But Richardson has been a sneaky good player for the Heat and could be considered a diet version of Butler.

The 25-year-old is not as efficient of a shooter as Butler, but he was a tick better from 3-point land while still being a positive defender. He will slot in nicely as the shooting guard in Philadelphia, and likely will not bring nearly as much drama as Butler did. It is all about fit, and Richardson seems like a good one given his age and productivity.

The second move is the shocking signing of Al Horford, stealing him from the rival Boston Celtics. There were numerous suitors for the dependable center, but Philadelphia is an interesting landing spot given the fact they already have one of the better centers in the league. Presumably, Horford will slot into the power forward spot next to Embiid. It is an untraditional set up in today’s NBA, but there is certainly a lot to like from a defensive and offensive perspective. Horford can, and has, stretched his shooting from deep. He was not quite as good from behind the arc last season (36% compared to 42% in 2017-18), but the threat exists. Horford is also an excellent passing big man, adding to Simmons and Embiid who are good passers in their own right. The rebounding numbers are still subpar, but Horford will not be relied on that as much with so much extra length on the floor alongside him. Health may be an issue (he has not appeared in more than 72 games since 2015-16), as it always seems to be with Philly, but he will also not be asked to do quite as much banging in the post as in previous years. Horford has always been a smart defender, unfairly adding to the long list of other smart and capable defenders on this roster.

Philly also retained Tobias Harris and signed bench depth in the form of Kyle O’Quinn, Raul Neto, and Trey Burke. They also drafted wingman Matisse Thybulle, who is getting early buzz in the preseason as yet another strong defender and capable shooter – like former Sixer Robert Covington. There is plenty to like about Philadelphia, and some experts have them even above the Bucks who lost Malcolm Brogdon and will be without Eric Bledsoe for a period to start the season.

Determining the ceiling for the Philadelphia 76ers is a little difficult. They have a talent-rich roster and a clear ability to get all the way to the NBA Finals and realistically compete if they stay healthy. But there are certainly concerns for them too, mostly on offense. The loss of Butler as a primary scorer and “bucket getter” is going to be something to watch with regards to who takes over that role. Tobias Harris makes the most sense, and he is a good overall scorer, but he is not Jimmy Butler. Simmons, despite his 3-pointer against a Chinese basketball team, cannot be relied upon to get a bucket when needed. Embiid has tremendous footwork and post moves, but bigs being counted on for buckets is not very common in today’s league. Richardson was the primary scorer in Miami, but that was not under the scrutiny of a championship lens. So who takes the shot in crunch time? Perhaps having the threat of anyone works well enough that there is not someone thrust into that role. That is something the Sixers will have to figure out as the season goes on.

BEN SIMMONS MADE A THREE ??pic.twitter.com/UZVQZFQpwf

Given how the Celtics are regrouping after losing Horford and Kyrie Irving, the Nets wait for Durant’s return next season, Toronto is no longer a threat without Kawhi, and the Eastern Conference overall being below average, it is not a stretch to think the Philadelphia 76ers are one of the two best teams in the conference. They have a strong starting lineup with a well-rounded bench unit and a head coach the team trusts. Everything is lining up nicely for Philadelphia to be playing for a trip to the NBA Finals. Despite that, there are some things to watch for that could impede that goal. The health and dynamic of the team are the two biggest obstacles. That is not to say that their primary competition is not without their concerns too. Expectations are higher than ever in the City of Brotherly Love, and the Sixers will hopefully be up to the task. 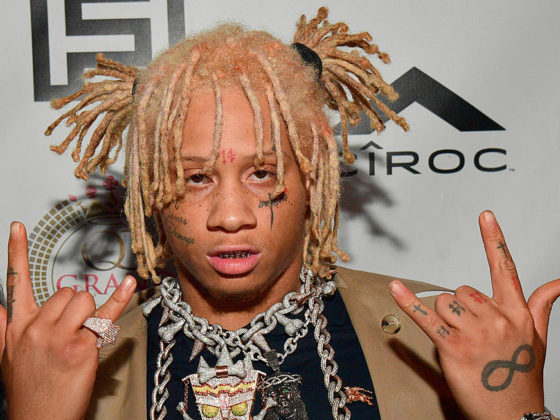 Trippie Redd Releases Tracklist For ‘A Love Letter To You 4’ 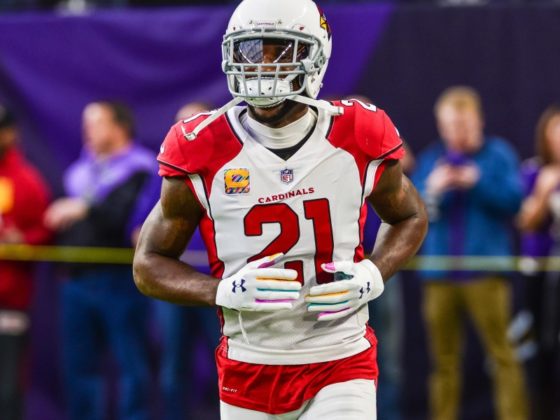