Some things are constants in the NBA, like the Los Angeles Lakers being rumored to sign everyone, or the San Antonio Spurs somehow being in the playoff hunt every year. Add in this one: The Miami Heat are constantly looking for a star player. That last constant came to fruition this offseason with the trade for Jimmy Butler, a move that materialized early in free agency. It gives the Heat something they have not had for quite some time – an NBA star in his prime. But it is not just the addition of Butler that gives the Heat playoff hope.

Miami has been in a constant state of treading water in a weak Eastern Conference, battling teams on the court but also their salary-cap sheet. They still have the fourth-highest payroll in the NBA, but enough changes were made that Miami should be better than last year. The biggest gain is certainly Butler, who gives the Heat a bona fide star and go-to scorer in times of need. With the Philadelphia 76ers, Jimmy Butler averaged 18.2 points, 5.3 rebounds and four assists per game and proved to be a critical component to their late-game offense. Sixers coach Brett Brown called Butler “the adult in the room,” and Joel Embiid deferred to Jimmy in crunch time. Miami desperately needed a clutch player like this.

However, the Heat had to give up one of their premier young players in Josh Richardson to get Butler. Certainly, that was a small price to pay for a player as good as Jimmy Butler, but there is an inherent risk. There is a reason Philadelphia did not prioritize keeping the 30-year-old wing. His personality and top-dog mentality is a clashing one, and it didn’t mesh well with Sixers coach Brett Brown. Newly re-signed head coach Erik Spoelstra has more experience handling players like Butler but is still worth keeping an eye on. Richardson is a volume long-range shooter and lanky defender whom the Heat relied on to lock down the opposing team’s best player. Butler is certainly capable of that, but he is four years older and has a history of injuries. Comparably, last season, the two players appeared similar in the stat sheets. Obviously, the does not portray the entire story, but it is interesting nonetheless. The price to get Jimmy Butler is rightly high, and Miami will be better this season because of the move. But there are questions, mostly long-term, that have yet to be answered.

The second-biggest gain is actually subtraction. Miami dealt the vastly-overpaid Hassan Whiteside to Portland for Meyers Leonard (and Moe Harkless, but he was sent to the Clippers along with a first-round pick). Whiteside spent a considerable amount of time pouting in South Beach, whether about the criticism of his defensive effort or lack of offensive involvement. He signed a massive contract in 2016 (like so many other players in that bonkers summer) and has not lived up to it, even losing his starting spot to Bam Adebayo. There was always something upsetting the 7-foot center. In turn, the Heat decided to move on and, shockingly, found a taker for his $27 million expiring salary.

Subbing out Whiteside for Adebayo will pay immediate dividends. Adebayo is a more active defender and efficient offensive talent. Most importantly, he is significantly cheaper and younger than Whiteside and offers a higher upside. Adebayo improved on his rookie-season numbers and managed to stay on the floor for all 82 games, unlike Whiteside. The added depth with Leonard will prove useful for the Heat as well. Leonard shot 45% from behind the 3-point arc last season with the Trail Blazers and figures to soak up the backup center minutes.

Perhaps the player who has the most potential for a breakout is Justise Winslow, who had a breakout of sorts for Miami last season. In extended time as the starting point guard while Goran Dragic was out following knee surgery, Winslow displayed his impressive skillset. In the 29 games that Dragic missed, Winslow averaged 13.3 points, 5.7 rebounds and 4.7 assists per game. Those are impressive numbers for a 6-foot-7 forward running the point. If Winslow can bring that to the small forward position, with Butler drawing defensive attention, there is some intriguing upside for the Heat’s starting lineup.

In terms of what to watch for, consider the Miami Heat to be a “lurker” this season in trying to add another star-caliber player. There has been wide-speculation that Miami will be trying to acquire Chris Paul to pair him with Butler in the backcourt. Oklahoma City has a glistening chest of draft picks they acquired this offseason, and it will continue to overflow with the eventual move of Paul. Add Cleveland’s Kevin Love as a possible trade candidate too, especially considering his contract is a little more team-friendly. The Heat have a pretty decent chance of making the playoffs this season, and they will almost certainly look to improve their odds of winning a playoff series if the opportunity presents itself.

The Miami Heat improved themselves this past offseason with the acquisition of Jimmy Butler; that much is clear. They have some intriguing young players like Adebayo and Winslow, who finally showed some signs of being a solid player in the NBA. Add in rookie Tyler Herro from Kentucky, who should provide some shooting, and the Heat have pieces to work with. Or some pieces to trade away for stars who can help the team compete now. With puppet master Pat Riley running the show, it could go either way. Whichever scenario comes to fruition, the Heat will be a compelling team to watch in the Eastern Conference and are likely to appear in the playoffs – but more because the conference they play in is weak, not due to sheer talent. 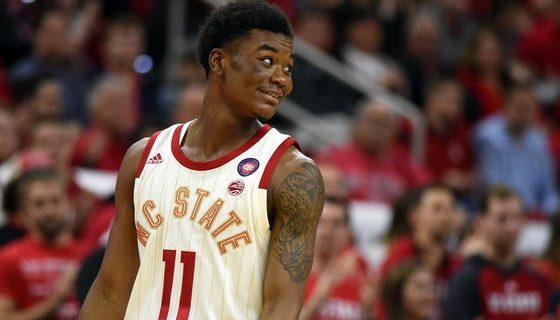