The 2018 NFL Draft is upon us.  The question that everyone wants to know, who is going to be the number one overall pick? Here is our latest 2018 NFL Mock Draft. Def Pen recently did a mock draft a few weeks ago. How far have players fallen/risen and who are some sleepers?

There is no question that the Browns need to take a quarterback with this pick. A lot of people believe that Wyoming quarterback Josh Allen looks the best and will go first overall, but my money is on USC’s quarterback Sam Darnold. Darnold may not have the pure arm strength of Allen, but there is much more to the quarterback position than strength. He has a better passer rating and a much better completion percentage against better competition, is cool under pressure, and is the most NFL ready quarterback in this draft.

The Giants will determine how the next few picks go and they have a number of directions they can go in. They have a lot of positions to fill, but the one position that you need to lock up for the next decade is the quarterback spot. The Giants have been one of the better teams in recent years and rarely get to choose this far up in the draft. For a division where you will be competing with  Dak Prescott and Carson Wentz, you need a quarterback.

Enter Josh Rosen. The UCLA quarterback is second only to Darnold in NFL readiness. Rosen is polished and has great footwork and mechanics. He is not afraid to face down the blitz and has done a great job staying in the pocket and making a pass when blitzed. Pair Rosen with Giants all-star receiver Odell Beckham Jr. and you have yourself a nice combo.

The Jets traded up to get this pick because they want to get a quarterback. If one of these three quarterbacks is on the board come the third pick, the Jets will pounce. As stated before, Allen has arguably the strongest arm in this class. Though, he may need some time to adjust to the NFL level. The Jets signed former Minnesota Vikings quarterback Teddy Bridgewater and will more than likely start him over whomever they draft.

This pick is tough to decide and the Browns will have a dilemma on their hands. Many see Penn State running back Saquon Barkley as the best player in the draft. I am a huge Barkley fan and believe he can make a huge difference within an organization. That is what made this decision all the more difficult. I believe, if available, the Browns will choose NC State defensive end Bradley Chubb with the fourth overall pick.

Pairing Barkley with a young quarterback seems nice on paper, but pairing Chubb on the opposite end of Myles Garrett could be an absolute nightmare to opposing offenses. Outside of the quarterback, a reliant pass rusher seems to have become the most sought-after position to fill. Chubb is an absolute beast who has the potential to terrorize quarterbacks in this league for years to come. If Chubb is instead chosen by the Giants, then Barkley will be picked here.

The Broncos may have signed quarterback Case Keenum, but do not let that fool you. The Broncos may pull the trigger on taking a quarterback and, if none of the first three quarterbacks are available, they will choose Baker Mayfield. Keenum had a great year last year with the Vikings, but he had not shown much until then. His new deal is for two years, which means the Broncos may not have much faith that Keenum can repeat last year.

This could be the best option for Mayfield. His playmaking abilities and electric personality helped him take home the Heisman Trophy, but he is far from ready to immediately take over an NFL franchise. Keenum can do a great job mentoring Mayfield before he is handed the reigns (no pun intended; ok maybe) of the Broncos franchise.

Andrew Luck needs help. One way to help a quarterback, besides getting a better offensive line which the Colts desperately need, is by having a running back who can help keep the defense in check. This would be a great opportunity for Saquon Barkley. The Colts do not need to trade back again and need to take Barkley with this pick. I believe him and Chubb are the most gifted athletes in this year’s draft. The Colts can address their offensive line needs with all the second-round picks they acquired from the Jets.

Alabama safety Minkah Fitzpatrick is a large step in the right direction for the Bucs. Fitzpatrick is the full package and more at his position. He can play high as a safety, come down and defend the slot, or moved up to the line to stop the run or rush the quarterback. His quickness and physicality make him a real threat to opposing offenses.

The Bears need to protect young quarterback  Mitchell Trubisky and make running room for running back Jordan Howard. Notre Dame guard Quenton Nelson can help greatly with both. Nelson is arguably the best guard in the draft and could end up on a number of teams within the top 10. He is a safe pick for a Bears team that needs help getting its offense moving. Nelson will start day one and have an immediate impact on the field.

The 49ers made a huge splash in free agency picking up cornerback Richard Sherman. This was a major improvement to their secondary, but adding the talent of Ohio State cornerback Denzel Ward into the mix gives the 49ers a formidable secondary to start the season. Ward is smaller than others at his position but makes up for it by being quick and physical on the field. Ward should be a top 10 pick and I could see him going as early as number 7.

It was not an ideal year for the Raiders, but there is hope on the horizon. New head coach Jon Gruden is looking to bring new energy into the organization and can do so by making his first pick a solid one. That is exactly what the Raiders will get in Roquan Smith. His energy and physicality on the field make him a top 10 pick. The former Georgia Bulldog can be put opposite Khalil Mack and can become one of the deadliest linebacker combos in the league.

The Dolphins have had a major problem stopping the run in recent years. Nabbing up defensive tackle Vea is a solid choice for a team that is looking for an identity on defense.

If the Bills do not make a move for the Broncos number five pick (which is highly likely) then I see them selecting linebacker Tremaine Edmunds from Virginia Tech. He is up there in talent level with Roquan Smith and many have the two switched in who goes first.

Washington has a decent offense but needs an upgrade at the defensive end position. Drafting Davenport will give them a solid rush off the edge to put pressure on opposing offenses.

The Packers have always needed a reliable running back. Guice played amazing at LSU and was one of the top runners in the SEC. He is an NFL ready running back who can help take some of the pressure off Rodgers.

It seems that the Cardinals are headed towards a rebuilding era. A nice place to start would be snatching the best receiver in this draft in Alabama’s Calvin Ridley. He has the potential to be an all-star in this league and can be the replacement whenever Larry Fitzgerald decides to call it a career.

The Ravens would be wise to draft a player who can become a new target for quarterback Joe Flacco and can help block for break-out running back Alex Collins. Hurts from South Carolina can do just that.

The Chargers get a nice addition to their offensive line with Miller. The UCLA standout did a good job protecting Josh Rosen and can do just as good of a job protecting the blindside for Philip Rivers.

The Seahawks have lost some key pieces to their defense this offseason. To stay relevant in the NFC West, they will need someone who has good pass rushing abilities to attack the quarterback.

With the loss of Dez Bryant, the Cowboys will need a solid option for Dak Prescott to throw to. SMU’s Courtland Sutton is a solid choice who can be that option for Dak.

The Lions always seem to be on the verge of making a run. Taking Alabama defensive tackle Da’Ron Payne can help plug in a hole that needs filling so they can make it back to the playoffs.

The Bengals have a lot to gain by adding Notre Dame’s offensive tackle Mike McGlinchey. He is a day-one starter that can contribute greatly.

The Bills get another pick in the first round. Because of the Richie Incognito situation, the Bills will want to grab an offensive lineman to fill in the gap.

The Patriots did not have a great secondary last season and it showed in the Super Bowl. Drafting Jarie Alexander from Louisville will give them a young player willing to do what it takes to win.

The Panthers also can use some help in the secondary. Mike Hughes from Central Florida will be a solid addition to the Panthers.

The Michigan talent is a wise choice for the Titans here. Solidifying that defense will be necessary when competing against the Jaguars and Texans.

The Falcons should be looking to grab a defensive tackle with this pick. Taven Bryan is the best on the board at this moment and they need to grab him. He is a solid option who can be a workhorse in the future.

Picking the South Dakota tight end gives Drew Breese a nice throwing option and someone who can help block for the Saints’ running back core.

Though quarterback Blake Bortles is not the greatest quarterback, if you put good weapons around him, then he can do a good enough job. Keep surrounding him with weapons by drafting Maryland receiver D.J. Moore with this pick.

The Vikings have a new quarterback to start the 2018 year. Why not keep him protected by drafting Georgia’s Isaiah Wynn?

The Patriots should take Arkansas guard Frank Ragnow with this pick. It never hurts to have another huge offensive lineman who can keep Tom Brady protected.

It is the same reasoning for the Eagles as is for the Patriots. Carson Wentz will need some extra protection coming off a tearing his ACL this past season. Price from Ohio State can do this job and do it well. 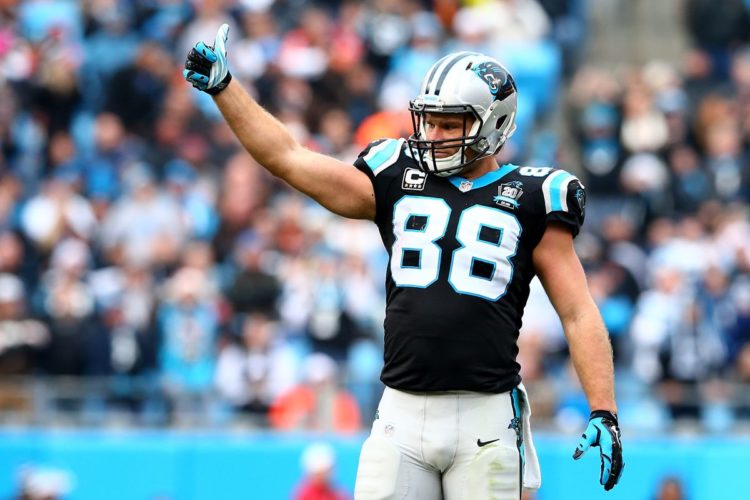 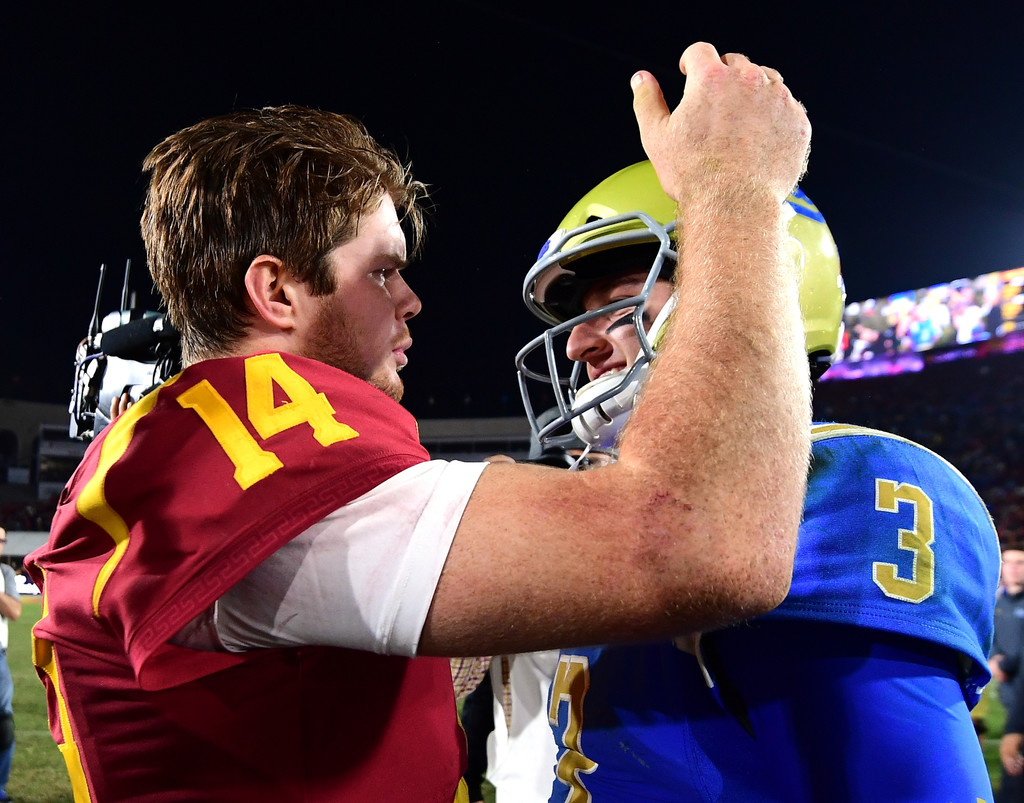