A collector’s dream, boxes piled high, sole currency in the millions. It’s a drive, it’s a hunt, it’s a love thang Jae Tips knows all too well. Some know him for his music or his Instagram usually riddled with sneaker cops but there is way more to this budding impresario. It all started early for Jae, music, sneakers the whole gambit. In his words, he was indoctrinated into sneaker culture by his parents. Growing up, he always got stares and points from folks admiring his sneakers. He picked that up along the way fused with the aura and natural flare that oozes from Bronx natives – a sneaker collector was born. This trade became a viable, financial, passion and plan in his college years. He wasn’t sold on the collegiate experience and toyed around with the idea of leaving. His mother gave him an ultimatum… work or school? He leveraged his growing popularity online to connect with someone who worked at Footlocker at the time. He got an interview and naturally had it in the bag. It was a different viewpoint of an industry he admired so much.

“I began to see things not just from a collector’s standpoint, but kind of more like consumer report. To see why people like things, what people are attracted to, what are people really buying. I grew up in an urban neighborhood so we like Jordan’s, we like Air Force Ones, but when I started working at Footlocker, we started to see people really attracted to different things like Converse. Something so normal I just didn’t see people wear before like very very simple little things it really did become more of like a lifestyle to me at that point.”

“What I think it’s a real skill that a lot of people take for granted. Just knowing what people want and a lot of times is being very selective.”

With an eye for silhouettes that would pop, and a seller’s charm Jae flourished. Everyone wants the shift on Saturday morning when the sneakers drop…first dibs of course. Jae wanted the harder days when there were shoes that weren’t hyped and clamored for. He learned that armed with knowledge coupled with the observation of people’s shopping patterns it gave him an upper hand in knowing what people ‘may’ want. He uses this method on Instagram now with his own shop. What gets the most likes and comments on the sneakers post. It is simple until your sneakers on the ground talking to other sneakerheads and parlaying with the store managers of sneaker boutiques. Observance, research, engagement in summation becomes a vetted opinion.

“It’s never been just a monetary for me just like being able to assist people with information is always very fulfilling to me just because I remember if something sold out you just couldn’t get it…. So, if I can just assist people just to kind of know what’s going on. I’m already doing my job.”

Stepping out on his own isn’t easy. Capital like any business is hard to foster. A shoe drops one week and another that is even more limited drops the next. It is a constant game of catch-up and chance. The lengths that Jae will go for a cop is admirable.

“I’ve done some crazy things… I’ve been on Expedia.com and Jetblue.com ready to order a flight if [I’m] doing raffles in different states. Once I booked a flight to Chicago like what am I going to do to make sure I get those shoes, that’s probably the coolest thing.”

At this point the process of buying, selling and collecting turns into what do I want to do in this industry? Jae has had this idea in the works since a very young age. As a kid he’d write his dreams down…music…sneakers. They were met with distaste “write a realistic one” was what he was told. That would’ve been the needle in the coffin for some, but Jae knew the larger play.

I always told myself I wanted to do something with Nike. My own shoe, my own store. I want in some way to transition into whether it’s sneaker design whether it’s like a huge position or maybe just telling my story on a global level. I think that people get into fashion, into sneakers [and] get a very bad rep. I think people [who] sell shoes to get a bad rep. Like when you go to Nike.com you and Polo.com when you go on Gucci or Off-white, those models I’m looking at the people that really aware of this stuff. I just want to somehow just infiltrate these offices and just somehow tell them to show what the culture [is] from my point of view, and I think that you have a better relationship with the consumer.

To have the know-how and the history of sneakers in tow is the foundation but it is not distinctive. There are millions of people with that same information armed with the same facts, finesse and an enviable sneaker collection. It’s personality that changes the game and makes you different. Jae banks on that. He is personable and vulnerable – honest about his feelings regarding sneakers and the industry. It’s endearing and refreshing while still being politically correct and understanding. Everyone is a brand on social media whether they subscribe to it or not. It is all in how you market yourself and as Jae puts it “the vibe you give off.” He hopes that vibe and that diligent work ethic will get him in the right rooms and with the right people. There is a dream he wants to manifest.

“My personal goal is to work on a shoe, something that I either collab on or had a hand in designing, I just think [that] will be the icing on a cake, I feel like everything I’ve done will come full circle at that point.

At the root of it all, Jae is a collector and a sneakerhead with a desirable assortment of kicks including Yeezy 2’s. While he grows his own shop and continues to share his love and honest thoughts about the latest releases, being an advocate in the rooms that make the decisions is his goal. It is with many years of experience and love for what he does that sets him apart. You may see him on a stage or come across his music, you may meet him at a sneaker boutique somewhere around the world or you may see his Instagram with picture after picture of sneakers, but do you know who Jae Tips is? 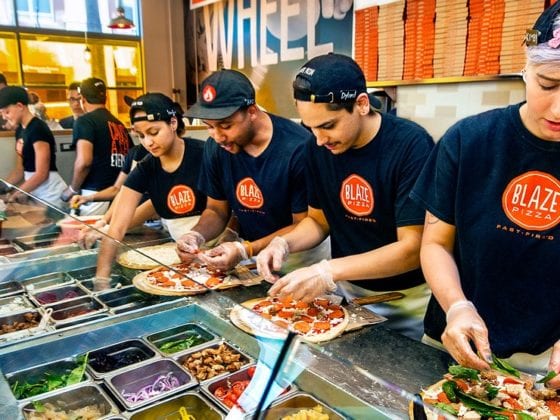 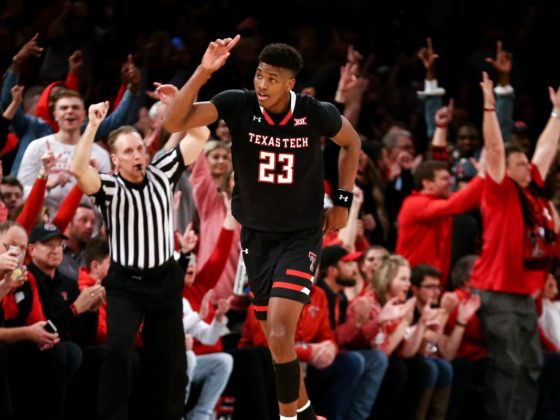 2019 NBA Mock Draft 3.0: Prospects Impress Heading Towards the Final Stretch of the Season 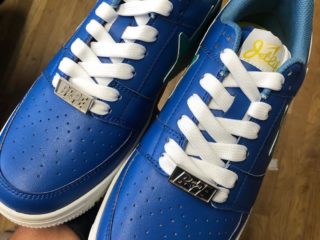 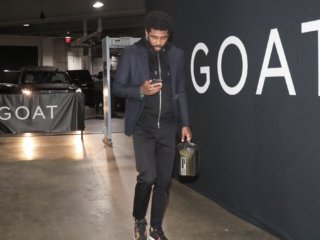 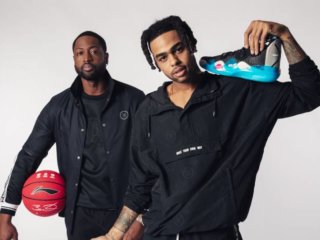