Week Three had some up and down moments, but with it came a new number one for Week Four of the 2022 NFL Power Rankings. This list was calculated by the averages of the three contributors and writers for this article. The contributors for Week Four are Xavier Santos, David Loaiza, and Dylan Hargis.

The Dolphins are making believers of us and football fans in general. The defense looks legit. Their defensive front gave Buffalo all they could handle and their offense is a big play waiting to happen. Tua Tagovailoa played well and looks better than he did last season.

The Bills are still the Bills but their inability to run the ball could come back to bite them. This team will have leads in the second half of games. If they can’t run the ball and protect leads, things could get spicy for them at the end of games.

We are in love with this team. They are deep. They are good. The biggest question continues to be Jalen Hurts and he needs to play better in the second half of games.

The Rams appear to be a house of cards. Their top-end talent is elite but if the injuries start to pile up, things could get out of hand in a hurry. They stay in the top five of the 2022 NFL Power Rankings for now.

The next game against Tampa Bay will be a huge test for the offense. With Hill gone, they lack explosion and are being forced to execute longer drives. Their offensive line will be put to the test against the Buccaneers. If they can keep Patrick Mahomes upright, they will be in a position to win late. If Mahomes is under duress, they could fall to .500.

Lamar Jackson should wear contact lenses with dollar signs. Every explosive play he makes is making the Ravens’ decision to delay the inevitable more costly.

Tampa should be exploring the trade market for another receiver. Counting on Julio Jones and Chris Godwin to stay healthy could be what upends their season.

This team can look like one of the worst in the league on some days and like one of the best on others. Sometimes, they can look that way depending on the half or quarter. Such is the case when your quarterback has a limited ceiling and is the poster boy of inconsistent play. They are top 10 in the 2022 NFL Power Rankings for the time being but it’s anyone’s guess where they will ultimately end up.

That game against the Giants set football back a decade. They did what they needed to do to pull out a win with their backup quarterback. The defense is legit. If Dak Prescott can look like the Dak of a couple of years ago, they will contend with the Eagles for the division crown.

Doug Pederson’s hand is starting to show in Jacksonville with two big wins in
consecutive games, against the Colts and Chargers. The Jaguars look like the favorites to win the division for the first time since 2017.

Now, it’s time to talk about the loser of the game. The Chargers were limited to ten points on Sunday and it’s not looking good for them. They played without Keenan Allen, JC Jackson, and Corey Linsley. In the game, they lost Rashawn Slater for the remainder of the season and Joey Bosa suffered a groin injury.

The Broncos beat the San Francisco 49ers on Sunday night but only because someone had to win and the 49ers didn’t want to. The game was 11-10 with only one touchdown for each team. Denver keeps struggling on offense and Russell Wilson is not cooking right now.

The Browns are at the top of the division with the Baltimore Ravens but their opponents in these three weeks haven’t been the strongest. These next few games will be a better test for the team moving forward. They rise for now in the 2022 NFL Power Rankings.

The Giants lost on Monday against the Cowboys and their lack of protection on Daniel Jones was exposed in the game. Dallas got five sacks and 23 pressures and Jones threw an interception to lose the game.

A much-needed win against the New York Jets after starting the season with two straight losses. They did have trouble with Sauce Gardner when he was defending Ja’Marr Chase but the rest of the players stepped up to get the dub. On Thursday, they will face the Dolphins and a win will put them back on the map in their division.

The Cardinals lost a tough game because of their lack of offensive planning and depending on Kyler Murray to save the game. They ran 35 more plays than the Rams, only got 26 more yards, and they didn’t score a single touchdown in the game.

The Bears got their second win of the season thanks to Khalil Herbert running for 157 yards and two touchdowns but the questions on offense remain. Justin Fields hasn’t completed more than eight passes in a game and, against the Texans, he threw two interceptions.

The Denver Broncos gave this team every single chance possible to win that game. They did not manage to do that. The safety in that game says everything you need to know about this team. They slide in the 2022 NFL Power Rankings.

Mac Jones is hurting both in his body and in his game. The second-year quarterback left the field against the Ravens in his final offensive play and went straight to the locker room. He was diagnosed with a high ankle sprain. The team is likely in worse shape without him.

This game said a lot more about the Raiders than it did about the Titans. This team is going nowhere fast. Getting rid of your top wide receiver and not replacing him is not a great idea. Shocker.

The team had that game in hand, but the Vikings broke their hearts in the final moments of the game. Detroit is trending in the right direction, but more heartbreak is likely in store for the team this season.

Jameis Winston is playing hurt and with a lot of guts, but it seems fairly obvious he is injured. Also, the playcalling on offense has been questionable at best. The post-Sean Payton era looks rough.

The NFL is truly a baffling sport. The Colts looked like the worst team in the NFL through two weeks and then they beat the Kansas City Cheifs. It baffles us. The Colts move up the 2022 NFL Power Rankings.

This team has several probes and some of them are hard to pin down. They need to run the ball better, but that can be hard when the passing game looks like that.

This team is well behind its fellow NFC East teams. While the team does have some talent, they just are not a complete football team at the moment.

Well beating the Seattle Seahawks isn’t a major brag this year, but a win is a win. Targeting Kyle Pitts more is a good idea. We are glad they figured that one out! The Falcons stay near the bottom of the 2022 NFL Power Rankings.

Joe Flacco has been impressive in his three starts despite the two losses. It looks like Zach Wilson is ready to step back into the starting role this week. Will that lead to more wins? It’s the Jets so, probably not.

If the Seahawks could play Russell Wilson every week, they’d be a playoff team this year. Without that extra inspiration, they are a rebuilding team that needs to add a lot of talent before they are ready to win anything.

The young defense showed exactly what they one day could be week in and week out. Get this team a quarterback, a head coach, and some depth then we are talking about an NFL Playoff contender.

This team just looks terrible. They are the lone 0-3 team and could easily be considered the worst team in the NFL right now. The talent is there, but the coaching and depth are not.

The Texans show promise sometimes, but then they remind us that they are the Texans. For now, they are at the bottom of the 2022 NFL Power Rankings. 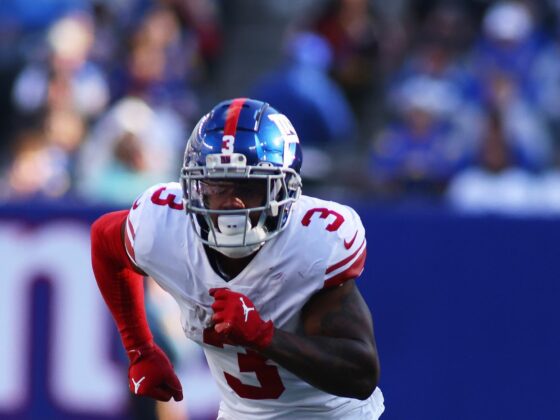 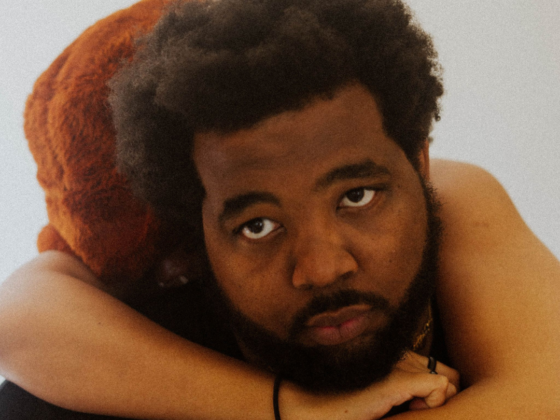 Mixing Tequila With McDonald’s Sprite: A Conversation With DWY About Wanderlust, Frank Ocean & Sad A** Lyrics