Week one of the NFL was incredibly exciting, but now focus shifts to week two. The Def Pen Sports team has analyzed the games and adjusted the 2021 NFL Power Rankings accordingly. The contributors to this week’s rankings are Dylan Hargis and Xavier Santos. Team names will be followed by their record and the number of spots they moved up or down from last week’s rankings.

Was there ever really any doubt about what would happen at the end of Thursday’s regular-season opener? Death, Taxes, and Late game heroics by Tom Brady. Vita Vea and Antonio Brown were the difference makers on each side of the ball.

The Browns gave Kansas City a scare, but Patrick Mahomes is just too much to stop on offense. Late game heroics by the defense sealed the game and for now, the Chiefs still look like the best team in the AFC.

With Stafford at Quarterback, we expected McVay to add vertical elements to the Rams’ offensive scheme. If the offensive line can keep Stafford upright and hold up on the back end on defense, they may be the biggest threat to the Buccaneers in the NFC.

The Buffalo Bills came into the season as a Super Bowl hopeful and the Steelers completely dismantled them on the field. While the run game and the offensive line have some growing to do; the passing game and defense look nearly unstoppable.

The defense played better than most people expected. It was a weird game overall but if their defense is legit, they could easily challenge for the division crown. We are cautiously optimistic about them after one game but time will tell.

An onside kick and some questionable playcalling made this game closer than it had any business being. We expected Brandon Aiyuk and Trey Sermon would have significant roles heading into the season. Both players were benched for less notable players. Their situations are certainly worth monitoring.

Jameis Winston looked legitimately good. The Packers didn’t show much fight but a lot of that can be attributed to some excellent pass coverage by the Saints. If Winston can protect the football, the Saints will exceed preseason expectations.

Kyler Murray played like Michael Vick in Madden 2004. Their offense is loaded. Chandler Jones played like a man possessed. The biggest question mark has been and will continue to be whether Kliff Kingsbury is good at coaching American Football. It was a great start, but we need to see more.

The injuries are a serious concern and Lamar Jackson still not being vaccinated is a problem for the team’s success. That being said, as long as their star quarterback is on the field then they will have a chance to win any game they are in. A brutal overtime loss to the Raiders won’t have fans feeling good about the team this week.

A late Baker Mayfield interception sealed the Browns’ fate against the Chiefs, but don’t be fooled. This team is still built to win games. Nick Chubb and the defense looked great overall and when Odell Beckham returns to the lineup it should help the passing game. That being said the Browns only go as far as Baker can take them.

The Chargers looked, fine? The offensive line held up against a great pass rush, but overall the team is lucky that Ryan Fitzpatrick went down in the game. They could continue to win games, but they have some things they need to answer heading into AFC West games.

The Buffalo Bills did not look like Super Bowl contenders against the Pittsburgh Steelers. The Josh Allen regression could very well be real, but the team has other problems. They should still be considered favorites in the AFC East, but that might be it for now.

In the words of Dennis Green, “they are what we thought they were”. Dak, while clearly hobbled, showed why fans were excited about the Cowboy offense. The Cowboy defense, however, was as porous as everyone expected. Every Cowboys’ game will be an absolute shoot-out.

We knew going into week one that the Titans defense was going to have problems this year. What came as a surprise was the ineffectiveness of the offense in both the run game and the passing game. Chandler Jones made the Titans’ offensive line look like college football players.

The Colts look like a fairly average team that managed to keep up with the Seattle Seahawks in week one. That might be enough to win a sad-looking AFC South, but it is far too early to tell. The health of Carson Wentz will likely make or break the team’s chances at the playoffs.

That was tough to watch. For years, Rodgers has complained about the lack of weapons surrounding him. The Saints were able to limit Davante Adams and challenged the likes of Allen Lazard to beat them in man-to-man coverage. Packer receivers failed to create separation and forced Rodgers to throw into nonexistent windows. It was a tough showing for everyone involved. One has to wonder if the offseason drama has spilled into the team’s on-field play.

The Miami Dolphins won against the New England Patriots, but it is hard to argue they looked like the better team overall. The run game looked flat and the passing game showed some promise, but will it be enough? They may be the most average-looking team in the 2021 NFL Power Rankings right now.

Kirk Cousins is just good enough to lead a loaded roster. The problem, however, is that Cousin’s burdensome contract prevents the Vikings from providing Cousins with the sort of depth he needs in order to be successful. Minnesota is a quarterback away from being a contender.

We aren’t exactly sure what Gruden is doing with the Raiders. They don’t seem capable of drafting difference makers and it is catching up with them. They struggle to create pressure sometimes and Derek Carr is streaky at best. An improbable overtime win over the Ravens doesn’t change much yet.

The Patriots probably should have won that game against Miami. Mac Jones looked fine in his debut and the run game helped take the load off the rookie. A late-game mistake by Damien Harris sealed the team’s fate.

The Broncos did what they were supposed to do and beat the lackluster New York Giants. Teddy Bridgewater played well and the Broncos’ defense looks much improved from the unit they had on the field last year.

Sunday’s game did little to convince us that Sam Darnold would be rejuvenated after leaving the Jets. It was a revenge game for Darnold in name only. Unless he takes a significant leap forward, this team may be on the outside looking in at the season’s end. They could end up moving down in the 2021 NFL Power Rankings this year.

It’s possible the Falcons may be worse than we expected. It’s tough to buy the Eagles as a whole but the next few games should tell us. For now, Hurts’ ability to execute a game plan built to play to his strengths is promising. The real test will come the first time the Eagles find themselves down two scores and must execute a more traditional passing attack.

Well, it looks like Ja’Marr Chase can indeed catch NFL footballs. The win was sloppy, but the team got it done. This team’s defense and offensive line still looks shaky at best. Joe Burrow is good enough for some games, but only some.

Reports about Ryan Fitzpatrick’s hip injury are not good. He’s going on Injured Reserve and his season could be in jeopardy. Washington was seen as a sleeper due to their talent on both sides of the ball but that dream may have ended after one game. It’s disappointing news for the team’s fans and those in the fantasy and gambling community that felt Fitzpatrick could help elevate the offense.

The Bears are a tire fire. They have a General Manager and Head Coach desperate to keep their jobs at the franchise’s expense. Justin Fields should be the starter and allowed to play through his mistakes. If Dalton is named the starter in Week two, ownership should clean house immediately.

The Mercedes Benz stadium crowd was electric after the opening game drive in which the Falcons marched down the field with ease. They ultimately settled for a field goal but it appeared the Eagles defense was in for a world of hurt. That proved to be untrue. The Falcons failed to generate offense the rest of the game and appear to be headed for a top-five pick. This could and probably should be the last season with Matt Ryan under center.

Zach Wilson showed some promise and that may be the only positive for the Jets this entire season. The team is young and just not that good. Wilson showed he can keep them in the game against the Panthers, but more losses are coming.

To their credit, the team continued to fight at a time where most teams would have laid down. They were outgunned and outclassed but showed that Dan Campbell’s offseason words about grit and toughness may not have been fluff. This team is years away from competing and has a long rebuild ahead of them.

This season should be the end of a few eras in New York. Dave Gettleman and Daniel Jones have been tied at the hip for the past few seasons. Both should be shown the door this offseason. Paying a running back top-end money is a luxury only contending teams can afford. Tying up resources in Saquan Barkley past this season would be a huge mistake. This team needs to clean house and build around their two upcoming first-round picks.

Urban Meyer already looks miserable in the NFL and if he doesn’t last the season it will surprise exactly nobody. Trevor Lawrence is the future and getting him ready for that future is the only priority. The Jaguars are at the bottom of the 2021 NFL Power Rankings for now. 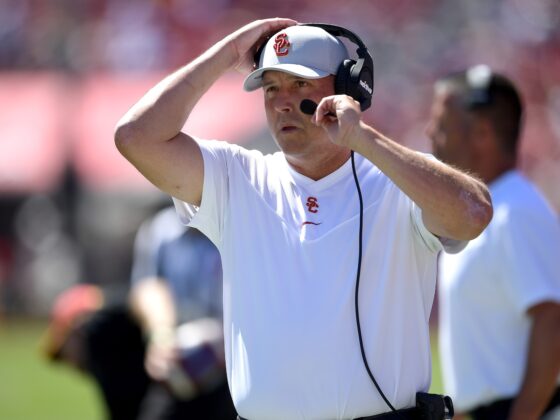 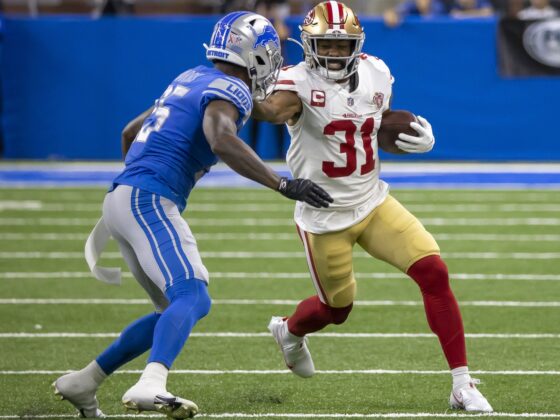