As the season approaches, let’s take a look at each AFC team’s Win Total over/under and predict how the regular season will unfold. These AFC over/under numbers come from Las Vegas lines.

Tennessee Titans (9)
This Titans team is a house of cards but if Julio Jones stays healthy, Derrick Henry’s carries don’t catch up to him, and the defense can be middle of the pack, the Titans should compete for the division title. They should be able to feast on the Texans and Jaguars. If they go 3-1 against those two, going 7-6 against the rest of the league seems feasible.

Houston Texans (4)
The Deshaun Watson scandal aside, this team lacks difference makers. In Free Agency, they signed every replacement level player available on the market. Ultimately, expect the Texans to trade Watson and move on from their former franchise quarterback. If things play out the way we anticipate, this team could easily battle the Lions for the league’s worst record.

Jacksonville Jaguars (6.5)
Reports out of Jacksonville aren’t promising. It’s possible Urban Meyer isn’t an NFL-caliber head coach and his first stint in the league could be a short one. Trevor Lawrence looks the part but is certain to experience rookie-year struggles. The Jaguars made a mistake taking Travis Etienne in the first round and that mistake was compounded after seeing the rookie running back suffer a season-ending foot injury. This team is a long way from contention. The line is 6.5 solely because of the hype surrounding Trevor Lawrence. It will take a superhuman effort from him for this team to win 7 games. The passing game may surprise some people but it will probably lead to a ton of points in garbage time.

Like Kirk Cousins, Wentz’s decision to remain unvaccinated makes the over a tough call. The loss of Quentin Nelson, who may be the best lineman in football, certainly doesn’t help. Can Michael Pittman Jr. establish himself as a true number one receiver? If the answer is no, the passing game may be a work in progress for this Colts team. Outside of one season, Carson Wentz was much worse than what the narrative around him suggested. Games against the Texans and Jaguars could inflate their win total. It’s probably best to avoid this line.

New England Patriots (9.5)
The 2020 Patriots season was always going to be an uphill battle after a number of defensive starters opted to sit out due to Covid-19. In 2021, they have a deep and versatile front capable of giving opponents fits. Offensively, expect to see the Patriots control the ball with a ton of two-tight end sets. Put an extra linebacker on the field in order to try and stop the run and the Patriots will exploit the seams. Put an extra defensive back out there in hopes of stopping the pass and the Patriots will punish you with physical inside runs and quick passes into the flat. If Mac Jones is merely competent, New England is in a good position to make the postseason once again.

Miami Dolphins (9.5)
Tua Tagovailoa had a rough rookie season due to a major hip injury that prevented him from getting the reps needed to properly familiarize himself with the offense. He was outplayed by Ryan Fitzpatrick and played poorly enough to cost his team a shot at the playoffs. Reports out of camp indicate Tua is finally healthy and looks like a completely different player. If true, the Dolphins have a decent shot at making the playoffs. The issue in Miami involves their offensive line. Former USC Trojan Austin Jackson has struggled in the preseason and was recently placed on the Covid-19 list. Can the line keep Tua upright and healthy? If the Dolphins underperform, they’ll have that unit to thank for it.

Buffalo Bills (11)
On Espn, Bill Barnwell made a case for why the Bills will take a step back. The regression doesn’t mean the Bills will miss the playoffs, but they may not be a guarantee to win the division. A 12 win season isn’t out of the question but you have to believe the Josh Allen leap was real, the offense will continue to be highly efficient, and the Bills will have the same run of luck in one-score games. The Bills have to hope the investment in the pass rush they made during the draft will pay immediate dividends. The Bills are good and will probably make the playoffs but 12 is a big number. Could the Bills lead the AFC or will they fall in the rankings?

If Zach Wilson is the quarterback the Jets envisioned when they drafted him second overall, the team may finally be headed in the right direction. Mercifully, Adam Gase is out as Head Coach and Robert Saleh is in. The Jets should be better than they were last year but they happen to play in a division that could yield three playoff teams. For the Jets this season it is all about developing Zach Wilson. He is sure to experience some rookie year adversity but how he responds will go a long way towards the team’s evaluation of him. This team is a year or two from contending for a playoff spot and fans should be patient with their new quarterback.

Denver Broncos (8.5)
Teddy Bridgewater is a slightly below-average to average quarterback. He’s a stop-gap and it must be disappointing for Denver fans that believed Drew Lock could take a step forward this offseason. If Courtland Sutton is the Courtland Sutton of old, Bridgewater is just good enough for the Broncos to field a decent offense. Jerry Jeudy looks poised for a breakout season and Javonte Williams should take over as the starter sooner rather than later. The defense may not be an elite unite but they are still capable of generating turnovers and putting the offense in favorable starting field positions.

Kansas City Chiefs (12.5)
It would be foolish to bet against the best quarterback in the league after a disappointing showing in a Super Bowl loss. If you think 12.5 is too high a number, you’re probably better off staying away completely. Kansas City should once again lead the AFC.

Las Vegas Raiders (7)
Probably better than you think but not as good as they should be. Both of those statements apply to quarterback Derek Carr and the Las Vegas Raiders as a whole. Gruden the coach is being held back by Gruden the General Manager. Former NFL Network Draft analyst Mike Mayock may have the title of General Manager but we all know who has the final say in regards to player personnel and the 53 man roster. The Raiders have gotten absolutely nothing from recent 1st round picks and have failed to address key holes in the roster. They lack a pass rusher despite taking one in the top ten, are in need of a cornerback despite reaching for one in the first round, and turned Khalil Mack into an oft-injured starting running back and box safety that struggles to cover in space. This team needs an infusion of young talent and have not shown the ability to identify that sort of talent in the draft.

Los Angeles Chargers (9.5)
Justin Herbert is the real deal. When you consider the circumstances under which he became the starter, you truly appreciate how special Herbert truly is. He enters this year with a full offseason of first-team reps and the time necessary to learn the intricacies of the Charger offense. If Keenan Allen can avoid a soft tissue injury, the Chargers have the talent necessary to beat any team in a shootout. In a world without the Kansas City Chiefs, the Chargers would be the prohibitive favorite to win the division.

Baltimore Ravens (11)
Despite having contracted the Covid-19 virus multiple times, quarterback Lamar Jackson is refusing to take the vaccine. 12 is too high of a number when you factor in the chances that Lamar could be out for 10 days at any given time. This Ravens team is built to win now but their MVP quarterback’s resistance to science may be what ends up holding them back.

Cleveland Browns (10.5)
Do you trust Baker Mayfield? If you do, the over seems like a safe bet. If you’re someone, however, that believes Mayfield is too erratic and inconsistent at times, 10-7 seems like a nice compromise. 10-7 would probably be good enough for the Browns to make the playoffs but you can hedge against the fact the Browns are still, well, the Browns. The idea of Jadaveon Clowney is more impactful than his actual on-field production. He has never developed into the type of fearsome pass rusher many expected him to be and most of his contributions occur in the run game. If there were a true pass rusher opposite Myles Garrett, it might be enough to overcome the inconsistent play at the quarterback position. For now, 10-7 seems like the most likely outcome.

Cincinnati Bengals (6.5)
The offensive line is bad. Joe Burrow spent most of the season running for his life and he’ll probably be doing the same this season. The Bengals drafted former LSU Wide Receiver Ja’Marr Chase with Penei Sewell and Rashawn Slater still on the board. So far in camp, Chase has struggled to create separation and make contested catches. Chase will likely improve as the season goes on but even if he reaches his potential as a game-breaker, protecting Joe Burrow would have been the better decision.

Pittsburgh Steelers (8.5)
The Steelers are one of the more intriguing teams in the league. One could easily envision a slimmed-down and healthy Ben Roethlisberger at the head of a good offense. The offensive line is a concern but newly drafted Najee Harris brings an element in the passing game that the Steelers have lacked since LeVeon Bell’s departure. A bet on the over would go against conventional wisdom but we’ve eyed the Steelers as a team that can surprise folks this upcoming season. 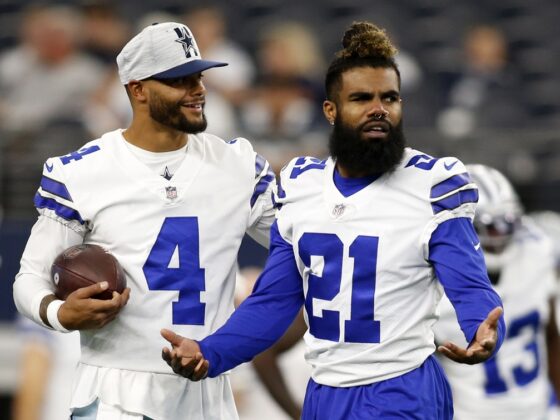 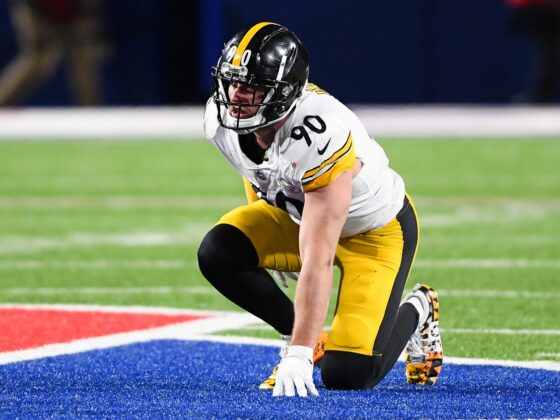