Day one of the NFL draft is in the books. Like in the many drafts prior to today, every team and their fanbase thinks that they found the player that will be the cornerstone to the next decade of dominance. Some teams used their pick (or picks) to initiate major changes to their roster while others made an addition that they think will be the piece needed to take them to the promised land. This is how the first round broke down.

Drafts in NY, Chicago, Philadelphia and Dallas were tremendous and all were great hosts. There never has been a scene like this for any draft in any sport, ever. Nashville’s insane.

The Cardinals went into this past season with today in mind. After taking Josh Rosen in the first round last year, Arizona used the first pick of the draft on Oklahoma quarterback Kyler Murray. The pick leaves Rosen’s future with the Cardinals in doubt but gives first-year head coach Kliff Kingsbury his guy.

From last year's No. 1 pick to this year's … @bakermayfield showing Kyler Murray love on his big day ? pic.twitter.com/Vpyt1RsDoB

After losing Jimmy Garoppolo early in the season, the 49ers took advantage of the bad situation and started planning for this draft. Their 4-12 record got them the second pick in the draft and with it drafted defensive end Nick Bosa out of Ohio State.

The Jets continued to be the Jets and wound up with the third pick in the draft. In an effort to change their ways, the Jets signed Le’Veon Bell in the offseason and hope that Sam Darnold will improve in his second year. With the third pick in the draft, the Jets selected Alabama defensive lineman Quinnen Williams. Williams should help the defense keep up with the ramped up Jets offense.

Oakland started their season with a new coach and high hopes. Head coach Jon Gruden went on to trade Khalil Mack to the Chicago Bears and Amari Cooper to the Dallas Cowboys slashing the hopes of every Raiders fan from Oakland to Las Vegas. That sacrifice gained the Raiders three first round picks, and with their first, they surprised most and drafted Clemson defensive lineman Clelin Ferrell.

With the 4th pick in the 2019 #NFLDraft, we have selected Clelin Ferrell from @ClemsonFB. pic.twitter.com/QUPkpsj8Rt

The Buccaneers had some Fitzmagic working for them early in the season but they quickly faded and with the uncertainty at quarterback, the Bucs ended the season 5-11 and questions all over the roster. The first question they answered was on defense by drafting LSU linebacker Devin White.

Giants leadership decided to continue to count on the quarterback skills of Eli Manning. That choice led New York to finish with a 5-11 record and without a plan for the future. The Giants traded wide receiver Odell Beckham to the Cleveland Browns and gained a second first-round pick. With their own pick, the Giants drafted quarterback Daniel Jones out of Duke.

However, don’t even get me started on these damn @Giants. Passing on Haskins for Daniel Jones? Some kid out of Duke usurps a cat who threw 50 TD’s primarily vs. Big Ten competition? Why? Because the Mannings love him? You have got to be kidding me.

In a disappointing season, the Jaguars went 5-11. They finally made the decision to move on from quarterback Blake Bortles and signed Nick Foles in the offseason. The addition of Kentucky defensive end Josh Allen should help the Jags get back in the playoffs.

The Lions went into the season with a new coach and with aspirations of making the playoffs. After going 6-10, Detroit had the eighth pick in the draft and are hoping that tight end T.J. Hockenson out of Iowa will help them win the NFC North.

The Bills drafted their quarterback of the future last year when they took Josh Allen in the first round. With many positions left to fill on their team, the Bills drafted Houston defensive tackle Ed Oliver in hopes that he can fill one of the holes on the defense.

The Steelers had a season full of heartache and pain. From the start of the season with Le’Veon Bell holding out to the last game of the season with Antonio Brown seating out, the Steelers would love to forget this season. In their effort to start anew, Pittsburg moved up on draft-night to take Michigan linebacker Devin Bush.

The Bengals found themselves at 6-10 by the end of the season. With many questions on the team, Cincinnati drafted offensive tackle Jonah Williams out of Alabama with the hopes that he keeps quarterback Andy Dalton safe and sound.

The Dolphins had a typical Dolphins season going 7-9 with questions at the quarterback position. In the offseason, Miami traded Ryan Tannehill and decided it was time to start over. With that new mindset, the Dolphins drafted Christian Wilkins, a defensive end out of Clemson.

The Falcons are coming off of one of the NFL’s most disappointing seasons. Atlanta still has the stars that made it to the Super Bowl a few years ago but failed to make the playoffs this season. The Falcons drafted offensive lineman Chris Lindstrom of Boston College to keep one of those stars healthy.

The Redskins began last season with their quarterback situation figured out and stable. That stability was lost when quarterback Alex Smith had his leg broken on national television. with the future on Smith still in question, the Redskins drafted Ohio State quarterback Dwayne Haskins.

The Panthers go into next season with the possibility that quarterback Cam Newton will miss the entire season. With that situation likely sinking Carolina’s season before it starts, the Panthers may be drafting higher in the draft next season. With this year’s first-round pick, Carolina drafted Florida State linebacker, Brian Burns.

With their second pick in the first round, the Giants drafted Clemson defensive tackle Dexter Lawrence.

Joining the Atlanta Falcons as one of the league’s most disappointing teams, the Vikings left much to be desired last season. Going into the season, many considered Minnesota as a Super Bowl favorite. The season ended at 8-7-1 and with the 18th pick. With that pick, the Vikings drafted NC State guard, Garrett Bradbury.

The Titans, like the Dolphins, had the season that they seem to always have. At 9-7, the Titans were disappointed with how the year ended. In an effort to mix things up and change the status quo the Titans drafted Mississippi State defensive tackle, Jeffrey Simmons.

With the #20 overall pick in the 2019 @NFLDraft, the @Broncos select TE Noah Fant! #NFLDraft (by @Bose) pic.twitter.com/Rg0kz5wCpN

The Broncos are far from being the team that won the Super Bowl riding their defense to a championship. This offseason they signed quarterback Joe Flacco in hopes that the offense can keep pace with the defense. After moving back earlier in this draft, the Broncos drafted Iowa tight end, Noah Fant.

With their second pick in the first round, the Packers drafted Maryland safety, Darnell Savage Jr.

The Eagles made the playoffs after losing quarterback Carson Wentz for the second year in a row. While making the best of the season without their QB, the Eagles are looking to cement themselves as the NFC East champions. With their draft pick that they moved up to gain, the Eagles drafted Washington State offensive tackle, Andre Dillard.

The Texans played well for most of the season and earned an 11-5 record. In the playoffs, however, Houston was bounced early and the improvement they had in the regular season didn’t translate to the postseason. With hopes to change that, the Texans drafted Alabama State offensive tackle Tytus Howard.

With their second pick in the first round, the Raiders drafted Alabama running back, Josh Jacobs.

The Ravens moved on from quarterback Joe Flacco mid-season and stuck with Lamar Jackson. Jackson went on to lead Baltimore to the playoffs. Looking to build on that success, the Ravens drafted standout Oklahoma wide receiver, Marquise ‘Hollywood’ Brown.

The Redskins traded back into the first round to make a second pick. With that pick, the Skins drafted defensive end Montez Sweat out of Mississippi State.

Montez Sweat goes to the Redskins with the No. 26 pick! pic.twitter.com/dh6nXjAdvv

With their third pick in the first round, the Raiders drafted Mississippi State safety, Johnathan Abram.

The Chargers were one of the leagues best teams last season. That dominance lasted until the post-season like many times in the past. With quarterback Philip Rivers manning the offense, the Chargers drafted defensive tackle Jerry Tillery out of Notre Dame to help lead the defense.

It’s tough to tell if the Seahawks overachieved or underachieved this year. While the defense that we have been accustomed to see Seattle have wasn’t elite like in years prior, the offense, with quarterback Russell Wilson, played well enough to reach the playoffs. To make the playoffs less of a toss-up, the Seahawks drafted TCU defensive end, T.J. Collier.

With a pick that was traded three times and with their third pick in the first round, the Giants drafted Georgia cornerback Deandre Baker.

With their second pick in the first round, the Falcons drafted offensive tackle Kaleb McGary out of Washington.

In the most surprising pick of the draft, the Patriots drafted wide receiver N’Keal Harry out of Arizona State. The surprising part of this pick is that New England didn’t move out of the first round for extra picks. 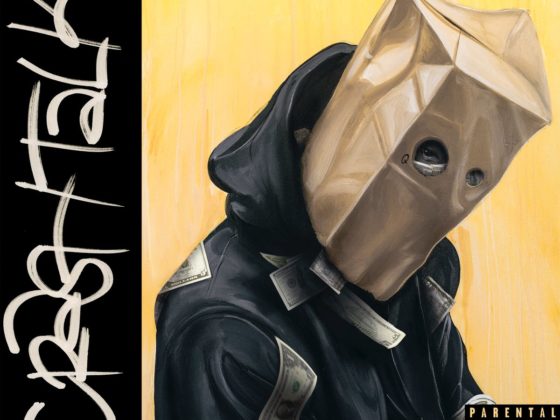 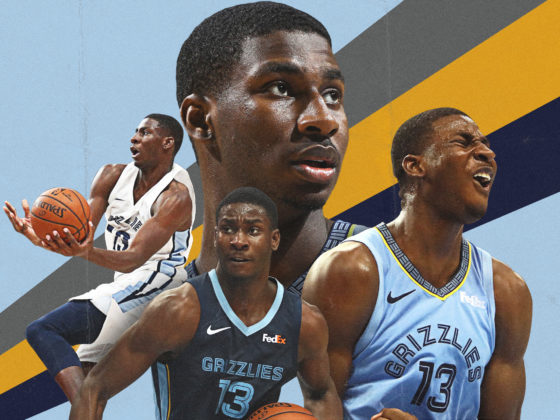