The Michigan Wolverines have received the commitment of 7’2″ center Hunter Dickinson. A product from DeMatha Catholic High School and a borderline four to five-star recruit. This is an excellent addition to the Wolverines 2020 recruiting class. Head coach Juwan Howard continues to impress in the recruiting realm of college basketball.

This is the second top 40 recruit Juwan Howard has managed to rope in for the 2020 class. Dickinson will join fellow big man Isaiah Todd as a freshman with the Wolverines. There are a couple of questions about Todd and the potential for him to play overseas next year instead. The Michigan Recruiting effort is still incredibly impressive and admired by the Wolverine fans.

Hunter Dickinson has phenomenal size and ability and could prove to be a nightmare matchup in college basketball. Juwan Howard and the Michigan Wolverines are off to a great start in the 2019 season and will have plenty of talented players to build on for next year.

This is only year one folks….?

Michigan’s 2020 recruiting class is ranked first in the Big Ten and sixth in the nation thus far. The Wolverines still have a few more offers out to other players of varying talent and interest is also varied among those guys. The team could be done with the incoming freshmen and still be one of the best classes coming into college basketball next year.

Juwan Howard is making some serious noise at his alma mater and the college basketball world is taking notice. The Michigan Wolverines have picked back up right where they left off. 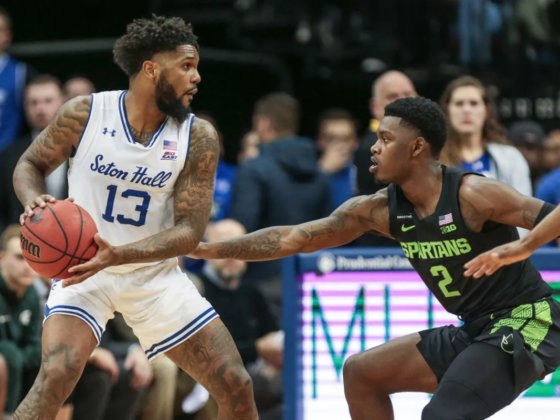