Def Pen’s way too early top 25 college basketball rankings is a list voted on by the NCAA basketball writers of Def Pen Sports. The list was voted on and created based on what teams rosters will look like based on current knowledge following the Villanova Wildcats victory over the Michigan Wolverines in the 2018 National Championship game.

Devonte Graham and Sviatoslav Mykhailiuk have seen their Jayhawk career end, but Malik Newman and Udoka Azubuike still have decisions to make. Kansas will see Memphis transfers Dedric and K.J. Lawson come in to provide talented depth. The Jayhawks also have five-star guards Devin Dotson and Quentin Grimes coming in giving them the best Big-12 Recruiting class and the 5th overall class in the nation.

Jalen Brunson and Mikal Bridges are probably headed to the NBA after the National Championship game, but Donte DiVincenzo and Eric Paschall should be ready and able to take over the Wildcats team. Villanova can also look forward to five-star point guard Jahvon Quinerly leading a Big East number one 2018 recruiting class.

Duke will likely have a brand new starting lineup next year with Grayson Allen graduating and a handful of one and done’s likely heading to the NBA. Marvin Bagley and company will be replaced by a group of very talented freshman. R.J. Barrett, Zion Williamson and, Cam Reddish easily put Duke as the number one recruiting class in 2018. The team will lack some serious experience, but the talent they have coming in is incredible.

The Wildcats are in an uncertain area because the team doesn’t know who is staying and who is heading to the NBA Draft. It is likely that Kevin Knox and Shai Gilgeous-Alexander both make the jump, but nothing is certain outside of that. The Wildcats should field a talented and experienced team in addition to two talented five-stars in Keldon Johnson and Immanuel Quickley.

The Cavaliers are coming off a dominating year that ended in historical tragedy. Virginia is losing seniors, Devon Hall and Isaiah Wilkins but should maintain the majority of their roster. Kyle Guy will be making the jump to junior and Tony Bennett will have his guys ready for another run. The recruiting class coming into the school doesn’t look amazing on paper, but Tony Bennett is used to those types of recruits.

Mark Few has proven that the Gonzaga Bulldogs are in the national spotlight for the long haul. The Gonzaga roster won’t look too different from last year, but senior Jonathan Williams is gone from the team. The Way Too Early Top 25 would be incomplete without the Bulldogs in the Top 10. The team will be adding four-star recruit Fillip Petrusev to the roster next year as well.

The Wolverines roster is fairly young overall, but with the more than likely departure of Moritz Wagner, the team will have to find new leadership. The team will be incredibly experienced next year after a run to the National Championship game and should make a good run at the Big Ten Championship again. Four-Star recruits Brandon Johns and Ignas Brazdeikis headline a talent reload for the future in Michigan.

Joel Berry and Theo Pinson had amazing moments for North Carolina, but the two are now moving on. The rest of the team should be staying, so the Tar Heels will field an experienced roster led by Luke Maye, Cameron Johnson, and Kenny Williams. The biggest problem that Roy Williams will face is the lack of a true point guard on the roster unless something changes. North Carolina is bringing in a great recruiting class led by five-stars Nassir Little and Coby White.

Miles Bridges and Jaren Jackson Jr. are headed off to the NBA, but the Spartans will still field a Top 25 team in the 2018-2019 school year. Nick Ward and Joshua Langford should stay for their junior years and lead the Spartans to contend in the Big Ten.  Michigan State has a good set of recruits coming in led by four-star forward Marcus Bingham Jr.

The Volunteers roster should look very similar to what it looked like in its impressive SEC run this past season. Admiral Schofield should return for his senior season and led the Volunteers to a top spot in the Top 25 of 2018-2019. The added experience should help the Volunteers gain more wins and make a real run at the SEC Championship. Tennesse currently has no recruits committed for the upcoming season. 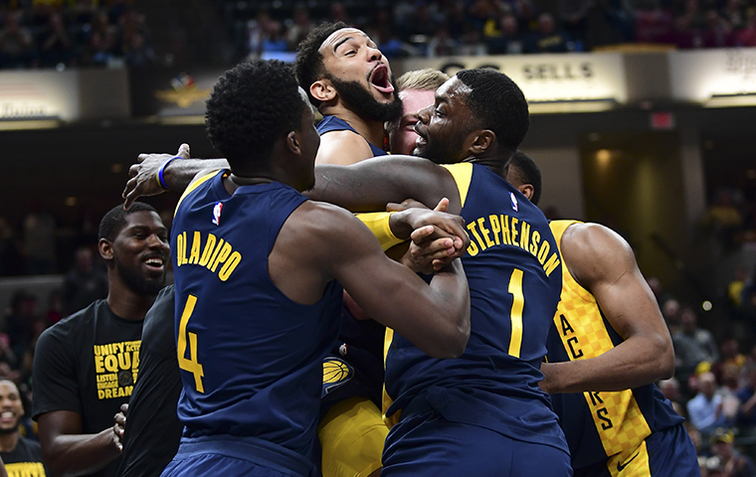