Here we are. Not that anything less was expected. The Golden State Warriors have been the best team in the world all season. Finishing it holding the Larry O’Brien Trophy is only for aesthetics’ sake. That is not to say that the Cleveland was completely out of it.

Game 3 at home was a lost chance. A lost chance at a 2-2 game five instead of having to fight for their lives in Oracle arena of all places. Game 4 was the perfect storm of the Cavs doing everything in their power to go out and win a game and the Warriors doing all they could to lose it. Closing out the series with a 129-120 victory over the Cavaliers, we have our 2016-2017 NBA Champions.

The only mystery in this series remained which All-NBA player would be the one to step up and take the series as his own. In game 5, the first quarter was highlighted by LeBron James’ fantastic offensive display. With 12 points in the quarter, James looked as if he was going to lead his team to be in position to take another game for Cleveland. Kevin Love picked up 2 quick fouls in the 1st quarter. James and Kyrie Irving took over the offensive responsibility. It looked to have been a sound backup plan. With those two all-stars leading the attack, Cleveland scored 37 points in the quarter while shooting 62%.

The second quarter proved to be the turning point of the game and ultimately the series. Outscoring the Cavaliers in the quarter 38-23, Golden State shored up its defense. The team seemed to also decide that they would play a better offensive game. In particular, Stephen Curry and Kevin Durant carried the group by making tough shots and those that Cleveland gave them via defensive miscues. Defensively the Warriors, who began the game by placing Klay Thompson on Irving, used Andre Iguodala in the second quarter. This further slowed the offense for the Cavaliers.

21 and 20 for Durant and Curry respectively in the first half was more than enough for the Warriors to erase an 8-point deficit and turn it into an 11-point lead by halftime. Kevin love’s foul trouble in the early goings of the seemed to have completely altered his offensive rhythm and was really never able to get going on that end.

The play of the Warriors’ bench was the X-factor for the Warriors. Iguodala, Patrick McCaw and Shawn Livingston all contributed massively for their team. Golden State’s bench outscored Cleveland’s 35-7. There is something to say about the championship culture that Golden State has fostered. The bench contributed well and did so while staying in their own lane.  Surrounded by greatness, those players remained in the periphery and still affect the game positively.

James’ 41 points on an efficient 19-30 from the field did all he could to extend the series. Irving, although with 26 points, had an underwhelming overall game. Difficult shots are his game, but once the defense changed it was up to him to change his approach. He did not and the offense suffered because of it. Curry however, did adjust. Cleveland made sure there was a defender in the space of Curry beyond the arc much higher than normal. Curry, 34 points, got to the rim over and over all game long.

Durant has always been greatness personified. Tonight, the former MVP did not let his chance at immortality slip away. The Finals MVP scored 39 points while being the absolute best player on his team. Along with his scoring he grabbed 7 rebounds and dished out 6 assists. Durant, all the while took the vitriol he received for his offseason move and turned it into a championship. With five straight 30 point games in this years’ Finals, Durant was finally able to quiet his detractors. Durant had nine spectacular years with the Oklahoma City Thunder. He proved beyond a shadow of a doubt that he was the second best player in the league. In one season with the Warriors Kevin Durant proved that he is in fact a champion. 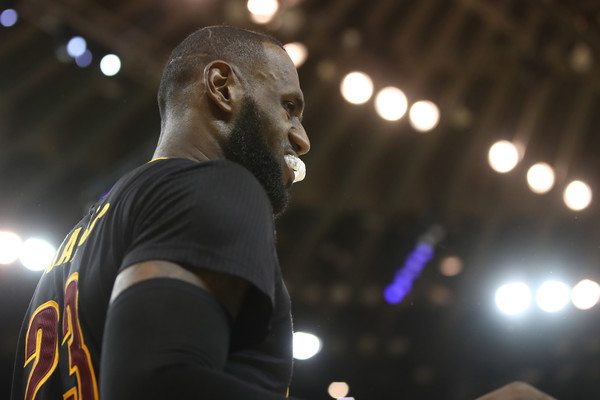 LeBron James Becomes First Player to Average Triple-Double in Finals: “I Left Everything on the Floor” 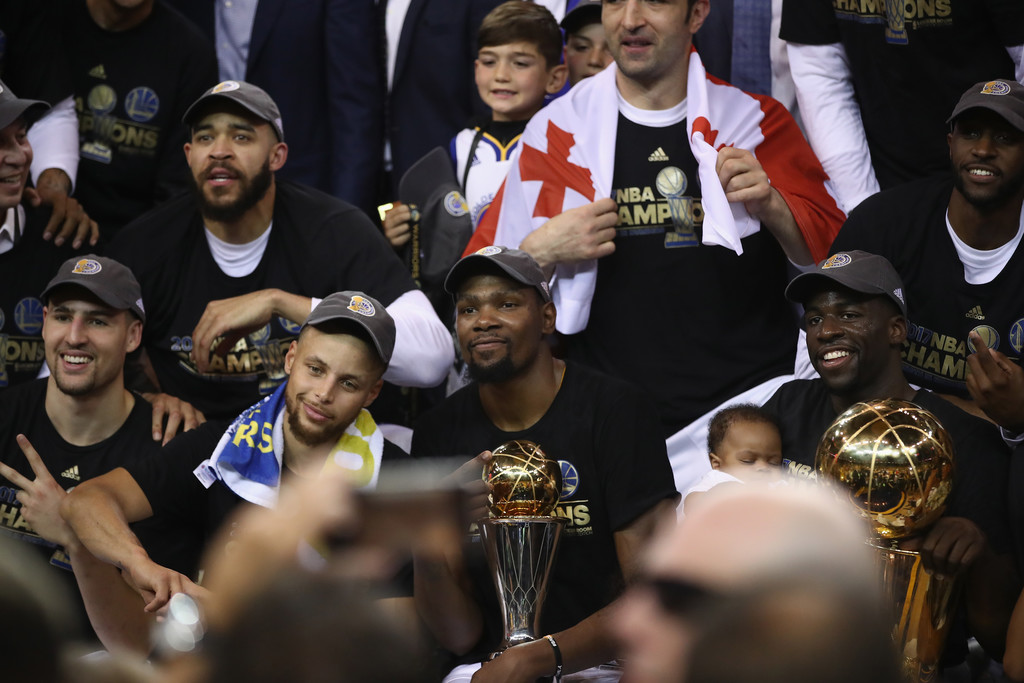 Warriors Say They Haven’t Been Invited to Visit White House, Reportedly Intend to Skip it