There’s been a lot of talk about the heavyweight and welterweight divisions in recent months, but no division is more exciting than the lightweight division right now. On the women’s end of the sport, Katie Taylor has recently defended her title and is looking for a super fight against Amanda Serrano in April. On the men’s end, it is complete chaos. Anybody can beat anybody, but one man has all of the belts. Coming out of nowhere, George Kambosos took out Teofimo Lopez in November. Weeks later, Gervonta Davis and Devin Haney both scored wins. Not to mention, Ryan Garcia is still in position to challenge for a title.

In the midst of the lightweight division’s chaos, one man is looking to reclaim what he considers to be “his” championship belts. After losing to Teofimo Lopez 14 months ago, Vasiliy Lomachenko has been on a mission to become the undisputed lightweight champion yet again. His journey began with getting surgery done on his shoulder. Then, he began rehabbing and working his way toward a fight against Masayoshi Nakatani in June. Looking as incredible as he ever has, Lomachenko stopped Nakatani for the first time in his career. Now, he’s looking to continue his comeback tour with a fight against former world champion Richard Commey in Madison Square Garden.

Analysis: Lomachenko is a notoriously slow starter. Often times, he’s “downloading” information about his opponent and learning about their game plan. As a result, he often gives away early rounds. In this fight, he’s started slow, but his opponent did as well. Commey landed only four punches in comparison to Lomachenko’s six. With that said, Commey is finding success with his right hand to the body.

Rd 1: Loma 10-9. Not much going on that round but landed nice left in final seconds. #boxing #LomaCommey

Round 1: Richard Commey with some good body work in the opening frame. He pushed the pace and used his superior strength to win the round. Vasiliy Lomachenko often a slow started. 10-9, Commey

Analysis: Lomachenko is starting remarkably fast, considering how he’s approached previous fights. The speed, footwork and elusiveness that has been on display throughout his entire career is apparent tonight. He’s touching Commey to the body and head. He also managed to buzz Commey toward the end of the round and began to taunt him afterward. With that said, Commey is still finding some success to the body.

Round 2: Vasiliy Lomachenko snaps Richard Commey’s head back with a big left hand to end the frame and then tells him to walk back to the corner, allowing precious moments to tick off the clock. Loma now sharp with his shots, lots of good body punches in there. 10-9, Loma. 19-19

Wicked left to chest and head rocks Commey back to the ropes and Loma points his foe back to his corner right before the bell. Clear Loma round 19-19

Analysis: What can I say? Everything that we’ve known about Lomachenko is true. He’s tough. He’s technical. He’s smart and he’s hard to hit. How is all of that possible? It’s his footwork. Lomachenko makes himself a tough target to hit when he’s throwing punches because he’s never in the same place. As a result, he’s just drilling Commey in the head and the body repeatedly. To his credit, Commey is taking all of Lomachenko’s toughest shots and firing back with some success. Commey isn’t out of this fight by any means.

Analysis: Lomachenko is working Commey to the body by landing that left hand repeatedly. If Commey is going to find success, he needs to get his foot on the outside of Lomachenko’s and continue to circle him. Standing in range with little movement is the easiest way to get hit by any boxer, especially one as skilled as Lomachenko. Commey isn’t getting beat up all that bad, but it looks like his spirit is being systematically taken apart.

Rd 4: Loma 10-9. He has him figured out for sure and is pasting him to the head and body. Commey being broken down. 4-0 #LomaCommey #boxing

Round 4: All Loma in that round as the punches begin to take their toll. Commey still firing the jab but Loma now sliding around it and unloading with hard overhand lefts. 10-9, Loma. 39-37, Loma

Analysis: Commey found a little bit of success tying Lomachenko up and hitting him in the body. Unfortunately for Commey and his team, those moments of success were few and far between. Lomachenko’s first step allows him to get out of a lot of those tough, tight situations with ease. In other words, speed kills.

Round 6: Lomachenko ratcheting up the pressure now, but Commey happy to exchange on the inside as he keeps digging to the body. Lomachenko still searching for those clean left hands but so far he hasn’t had Commey in real trouble. 10-9, Loma. 59-55, Loma

Analysis: Commey was hurt not once, but twice in this round. Lomachenko pushed Commey against the ropes and caught him with a pair of right hands. Then, Lomachenko followed up by pressuring Commey as his legs buckled. Still, Lomachenko is patient and respectful of Commey’s right hand. Some way, somehow, Commey made it through the round.

Loma a gangsta and a gentleman in there. Whooping ass and warning Commey’s corner. ??

Analysis: Miraculously, Commey made it out of the seventh round and into the eighth round. Through three minutes, Commey didn’t appear to be all the way back to where he was in the early rounds, but he is able to hold his own. However, he appears to be looking for one big shot instead of committing to the body as his corner has instructed him. To his credit, he’s not falling for the obvious traps that Lomachenko is setting. Also, it looks like Lomachenko took his foot off the gas a bit and let Commey get comfortable.

Loma cruising. Doctor ok’d Commey to continue before 8th. Now it’s a matter of who ends it first: Loma or Commey corner.

Rd 8:Loma 10-9. He's in total control. Can't believe Commey survived the 7th, looked like he had his sense back in the 8th but still being outclassed. 8-0 #LomaCommey #boxing

Analysis: Commey is desperately looking for a knockout blow. As a result, he’s failing to circle to his left and leaving himself open to punishment. Meanwhile, Lomachenko appears to be looking for a left hand that can end the night. Commey is hanging tough, but he needs a knockout to win.

Analysis: Much like the two previous rounds, Lomachenko doesn’t appear to be going at the speed he was in the seventh round. Towards the end of this fight, he appears to be cruising and not forcing a knockout. Considering Commey’s right hand, that may be for the best.

Analysis: Not much to see here, Lomachenko is the sharper and more efficient fighter. Commey is not moving enough and he’s only surviving at this point.

Analysis: Surprisingly, the fight went the distance. After a disastrous seventh round from Commey, he managed to keep Lomachenko off of him at certain points by throwing his powerful right hand. With that said, he wasn’t able to do much else. Lomachenko landed early and often in this round, but he didn’t do enough to hurt Commey. 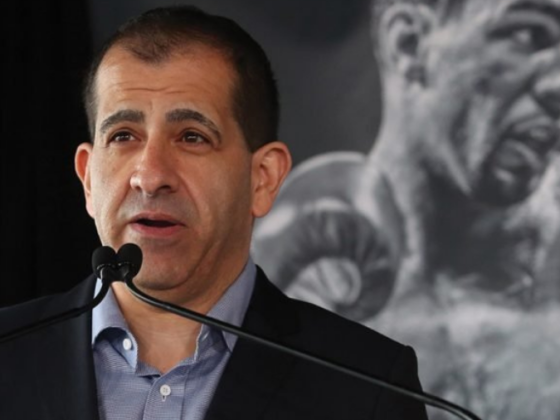 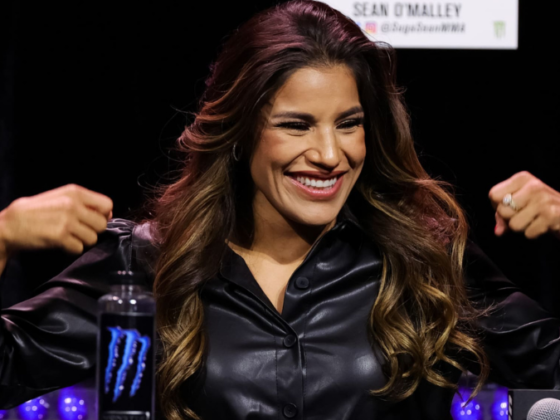