There are only four games to keep track of on Tuesday night. Winners face winners in the 8 PM slot between the Denver Nuggets and the Philadelphia 76ers, and losers face losers when the New York Knicks head to Portland to face the Trail Blazers for the late game.

We’ll come up with a pair of predictions for these two Tuesday night games, but if you reading this on Monday, and need game break downs right now, you can find fresh predictions daily at SBR Picks.

Gotta feel bad for David #Fizdale. Poor bastard’s going to have to sit home tonight with his stunning beautiful wife and figure out how he’s going to spend the $15 million he’ll make to not work for James Dolan. Life can be so unfair! pic.twitter.com/Uk3CZg6U3M

The New York Knicks gave Dave Fizdale the ax. I guess we can understand why but at the same time, the top brass sold off the best player they had and then expect the Knicks to win more when they couldn’t even win with Porzingis? Fizdale might have mismanaged things but I feel like James Dolan and the rest didn’t give him much to work with. Ok, with that said, the Knicks are 4-19 as of Tuesday after being handed a loss from Indiana Pacers on Saturday evening. Next up, the Portland Trail Blazers.

The Blazers just took a tough home loss to the conference-leading Los Angeles Lakers, so far their signing of Melo Anthony hasn’t been a huge factor for Rip City. As of Tuesday, they are 9-15 after a tough loss to the Oklahoma City Thunder on Sunday night.

If there is one area of play that the Blazers have been really bad at this season, it’s on defense. This is a big step back for the team because, over the last couple of seasons, they have had a deceptively good defense. So, if there is one place that the Knicks can win this game, it’s on that side of the ball, where they play better. Overall, the Knicks are allowing 111 points per game, four points better than the Blazers 115 and change. But they slip to a little over 114 on the road,  lucky for New York, the Trail Blazers have played worse at home on defense and have been allowing 117.44 points per game at the Moda Center.

But the Knicks will have to keep up with the Rip City offense, and when you have only been putting up 100 points per game that isn’t easy to do. Portland averages 112.7 per game and 115.2 per game at the Moda Center, good enough for the No. 6 home offense in the league.

The Blazers will come in as 10 point favorites in this matchup and are likely to cover the number as long as it remains in single digits. If the line is pushed into double-digit territory, the Knicks will be worth a hard look for the backdoor cover.

The Nuggets head to Philly to face the 76ers on Tuesday at 8 PM. They’ll get to put their No. 1 road defense that allows just 100.88 points per game against potent west coast offenses to the test against a Philly team that averages 111.9 per game at home. That said, the Sixers have the No. 1 home defense in the league allowing just 98.4 points per game in Wells Fargo Center. I wouldn’t be surprised to see the 76ers come into this game as two or three-point favorites. However, this is going to be a great game. You have a Nuggets road offense that scores 106.8 per game going against a 76ers home offense that averages 111.9. But, there is a bit of calculus here as the Nuggets have faced much more potent offenses on average – so if the Sixers had played the Nuggets schedule, I don’t think they would be at 98.6 maybe around 100 to 101 per game. Still an elite defense but, not No. 1.

But momentum is a big factor here as well. After winning a handful of games straight, the Denver Nuggets have dropped three of their last four – as of Saturday afternoon. So, take the Sixers to get the home win on Tuesday night. 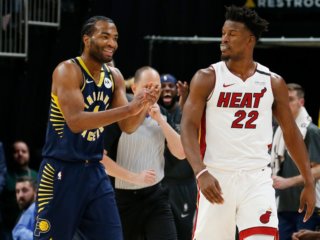 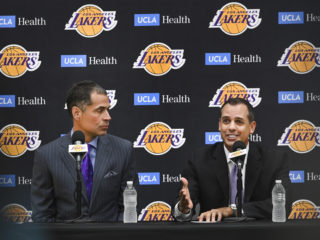