Every year San Diego Comic-Con is packed full of big announcements, trailers, and general news. Still though, every year there are always a ton of surprising reveals that one won expects. Remember back when the DCEU had potential and DC announced Batman v Superman at the end of their panel? Or how about that year Karen Gillan literally pulled her hair off on stage to reveal that she was playing Nebula in Guardians of the Galaxy?

So, in preparation for this year’s San Diego Comic-Con, Def Pen has put together a list of the top 10 surprises we hope to see come out of Comic-Con this year. Some are realistic, some are a stretch, and some are just a shot in the dark but, here they are (in no specific order):

A full Mulan trailer would sure iron out some details regarding Disney’s next live rendition of an already classic animated story. While we’ve heard that none of the original music from the original movie will be used and there isn’t any sign of Mushu, the excitement is at an all-time high. Disney has decided against gentrification for this movie and it should be good. Now, all we need is a full trailer.

A Teaser and Title Reveal for That Game of Thrones Teaser

So, as far as I know, the only Game of Thrones event planned for the weekend is the victory lap panel featuring the cast and crew bidding adieu. However, that panel seems like the prime time for HBO to reveal what’s next for Westeros. Sure, we know the prequel series is happening but, we don’t even know the official title yet. So, I’m gonna go ahead and guess (hope) that we’ll get something at that panel. The show only just began production over the summer so it may be too early yet for a teaser but, if HBO can swing that, it’d certainly get the future of the franchise started in a big way.

On that note, why not just go ahead and announce another spin-off (or two). Sure, the network may not want to tie their fate so closely to one franchise but, if you’re going to do that, Thrones is the perfect one. We know at least five total spin-offs were in development at one point and while each of those won’t get made, there’s no way HBO doesn’t have at least one more spin-off planned. Maybe we’ll get to see what Arya discovers west of Westeros. Or maybe they’ll turn the clock back and show us the Doom of Valyria that led the Targaryens to first come to Westeros. Regardless, a little extra Thrones would put the cherry on this ‘Con.

This seems like it’s actually not going to be a surprise. At least, I wouldn’t be surprised if we got some sort of news about a spin-off just based on how successful the first movie was. Miles Morales is officially in some kind of universe and with multiple different versions of spider-man introduced in the film, a spinoff could take us anywhere. There were rumors of a Spider-Pig movie coming out so maybe that’s it? All answers, however, point to Spider-Gwen’s storyline that was hinted at towards the end of the movie (Sorry for the spoilers, if you’re reading this it’s too late, no Drake).

An ‘Official’ Announcement for the Batman Beyond Animated Movie

This one may still be too early for us to learn too much. But, seemingly in response to Into the Spider-Verse, Warner Bros. and DC began developing a Batman Beyond animated film. Not much is known other than some concept art for the film so, it may still be too early in development to reveal. But, getting Terry McGinnis in on the Comic-Con fun seems like the best way to honor Batman’s 80 anniversary.

Does it seem like it’s been a while since DC has done anything? Getting a Wonder Woman 1984 trailer during San Diego Comic-Con would assure us DC fans that Warner Brothers hasn’t fallen asleep at the wheel and is actually guiding us towards a cinematic universe. The fan reception for both Aquaman and Shazam made it apparent that there is space for another Superhero universe outside of Marvel for audiences. So now, with Wonder Woman 1984, let’s dive all the way in.

ANYTHING About That New Mutants Movie

Remember the New Mutants movie? It’s okay if you don’t, it’s been over two years since the film’s first trailer hit. Originally set to spawn its own franchise in Fox’s X-Men universe, New Mutants has been hit with numerous delays since that first trailer. First, it was reshoots, then it was the Fox/Disney deal, and now it’s… apathy? The film’s currently slated for release on April 3rd, 2020 and should stay that way. But, with the film now in Marvel Studios’ hands, it’ll be telling whether or not they mention it at their panel. Since the film is essentially completed and you’d just have to add/remove a few universe tie-ins to make it fit within the MCU, I’d be shocked if they didn’t bring it up. But, with the horror tone and a focus on Mutants (a concept Marvel has mostly steered clear of in their films), I wouldn’t be entirely shocked if they just scrapped the film altogether.

Please, please, please. Introduce the X-Men and Deadpool into the Marvel Cinematic Universe. Somehow, someway incorporate the wonderful characters that Fox has developed, and throw them into the Marvel world. Also, give us some news on Ryan Reynolds X-Force movie. Now, will this happen? Probably not. Marvel has way too much on their plate right now. But, this is wishful thinking and I hope that someday in the near future I get to see Deadpool and Spider-Man in the same universe.

So, this has no basis other than one throwaway line at the end of Stranger Things 3. To keep things spoiler-free, one character mentions visiting another character “at Christmas.” Now, this could be, and probably is, nothing but hear me out. Recently, Netflix has been experimenting with films based on their original shows, like Bandersnatch. The 80s are somewhat of a heyday for Christmas specials (I’m looking at you, Star Wars Holiday Special) so it’d be right in the Duffer Brothers’ wheelhouse. AND, Stranger Things, for all its Halloween spookiness, feels like the perfect current series to get the Christmas special treatment. Again, it probably won’t happen. BUT if it does, remember this: I called that shit.

Marvel fans, and fans of Netflix in general, were in shock when week after week, Marvel pulled their beloved vigilante shows from the streaming service. First, it was Iron Fist (Fair) and Luke Cage and later Daredevil, Punisher and Jessica Jones followed. With the success of the shows on the streaming service, this was a questionable move, even by the media giants Disney themselves. But with Disney+ releasing in October, maybe this is Disney’s ways of telling fans ‘GOTCHA’ and announcing that brand-new seasons of those shows will return in the fall. At least, that’s what I’m hoping for. 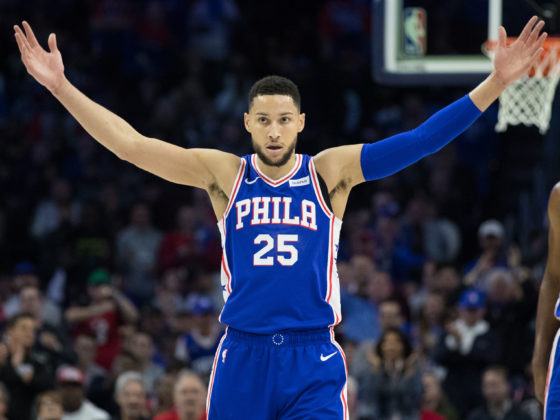