Season two of the Godfather of Harlem is set to return to Epix on April 18. Given how season one ended, there’s a lot to look forward to and many questions that need to be answered. Before we enter into season two of the Forest Whitaker-led drama, take a look back at season one. Through the “Rewind” series, examine the highs, lows and mind-boggling moments from each episode of season one. A new edition of the “Rewind” series is available each day at 9 a.m. ET. NOTE: The article below contains spoilers for the second episode of the first season of The Godfather of Harlem

“Realizing a consistent source of heroin is vital to [reclaiming] Harlem, Bumpy engages in a fevered search to find a dope supply independent of the Italians. Chin engages the services of crooked cops in a plot to arrest Bumpy,” EPIX writes.

There are ten moments that stand out from “The Nitty Gritty.” The first of the ten moments comes in the episode’s opening moments. In a beautifully scripted moment, Bumpy Johnson, Nat Pettigrew and Del Chance are spotted walking through Harlem like the President walks through Washington, D.C. Hyping the moment up further, “Cross The Path” by Swizz Beatz plays in the background. In many ways, it felt like a scene straight out of a Hollywood production.

Following up the epic opening shot, Johnson finds himself inside a Harlem restaurant with a rising force in Harlem, Big Earl. Now, Bumpy Johnson tries to get him to buy into his network and separate from the Italians. However, Earl doesn’t feel like working with Bumpy Johnson is best for his business. Yet, it really is best for him because he doesn’t walk out of that conversation alive. Much like Zambrano in the first episode, Earl meets the blade of Bumpy Johnson.

The story of Stella Gigante and Teddy Greene cannot get any more annoying than it already is, can it? Failing to follow the orders of both Bumpy Johnson and Chin Gigante, the two young adults continue to make contact. Not only does Stella handoff Greene’s demo tape to a record store owner and called Teddy afterward, but she does so in front of one of her father’s right-hand men. How does she not think her father will find out? Adding to the mess, her actions rile up Teddy Greene and he starts to push to come home. This is all a complete mess and it will only get worse.

Bumpy Johnson remains one step ahead of Chin Gigante. When two dirty cops catch Louis Gigante with dope, they work with Chin Gigante to sell it back for $60,000. In the course of their negotiation, Gigante offers $50,000 for them to set up Johnson and send him back to Alcatraz. Knowing Johnson is looking to meet up with a new connect, the two cops pin a drug charge and a murder charge on Johnson for good measure. Unfortunately for the two cops, Johnson figures of what is going on and calls the two out in front of their boss. In the end, Johnson goes free in fear of PR and internal affairs disaster. Johnson is up two to nothing on Gigante so far.

In a series that inherently tied to the rise of drugs in Harlem, it is hard to find pure or uplifting moments. However, one moment that is touching in a way is the first one-on-one conversation between Malcolm X and Elise Johnson. Through their conversation, Johnson opens up about writing a letter to her father while he was in prison. She told her father that she was doing well, but she was actually suffering from addiction. It is at this moment that Malcolm X pushes her to fulfill that letter. It’s the first time someone really gets through to her and pushes her in a positive way.

During different scenes of episode one, there are glimpses into the character of Mayme Johnson. However, episode two offers a clearer picture of who she is. In many ways, she is more devious and cutthroat than her husband. At one point, she blackmails future congressman Adam Clayton Powell Jr. into providing more funding for her community programs and in another scene, she attempts to position Elise’s recovery as a bad thing.

Shortly after speaking with his wife, Bumpy Johnson is forced to confront his own sins. He’s agreed that Elise won’t come back into Margaret’s life, but he has to tell Elise that Margaret does not know who her real mother is. As expected, Elise tells him off. While Johnson walks away, he can’t run from his past forever. The truth will come out.

There are few people that make more missteps in one episode than Ernie Nunzo. Not only does he managed to get arrested pretty easily, but he also asks to take out Gigante’s daughter, Stella. Theres’ one catch. He must take out Stella’s boyfriend, Teddy Greene. Being naïve and slightly dumb, she leads Ernie straight to the nightclub where Greene used to play. While there, Ernie spots Stella with one of Teddy’s friends. Unfortunately, Ernie takes this as a sign that Teddy’s friend is him. This leads to an innocent man’s death. Not realizing what he’s done, Ernie tells Chin that he took out Teddy Greene.

The sitdown that needed to happen in episode one has finally taken place. Towards the end of the episode, Johnson confronts Gigante on his block. There, the two men plainly state that one of them is going to end up dead. This simple and remarkably civil conversation sets the stage for what the rest of the season will be.

As many episodes of Godfather of Harlem do, “The Nitty Gritty” ends with a series of teases. Elise leaves rehab to confront Mayme directly, Teddy returns to Harlem and Ernie tells Chin that he’s killed Teddy. The biggest tease of all comes immediately after the Johnson-Gigante meeting. Bumpy makes the decision to sell dope provided by none other than the New York Police Department. 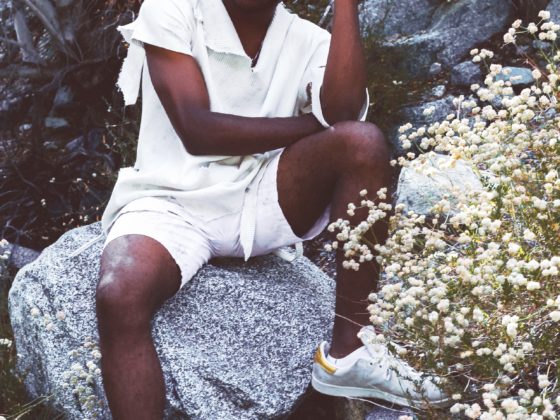 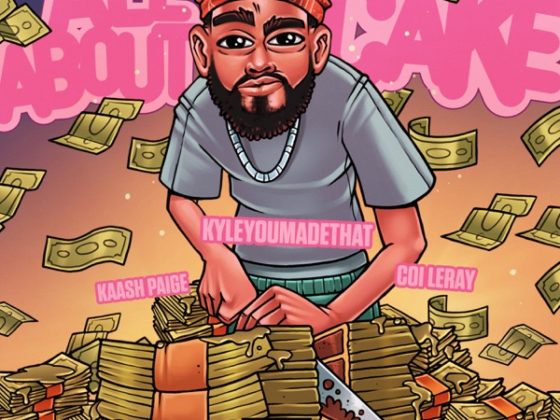