This year, women’s boxing has taken major steps forward. Most notably, Katie Taylor and Amanda Serrano delivered classic performances as they headlined Madison Square Garden back in April. Shortly thereafter, Claressa Shields and Savannah Marshall came to terms for a showdown in the U.K. Adding to the event, Alycia Baumgardner and Mikaela Mayer have signed on as the co-feature for the mega fight. In the midst of all that has happened and will happen this fall, history is also being made thousands of miles away in Saudia Arabia.

In a few weeks, Ramla and Crystal Garcia Nova will go down in the history books. Both women have agreed to participate in the first professional women’s boxing match in Saudia Arabia. The two fighters will share the ring on August 20, 2022 as part of a major event that will feature Anthony Joshua and Oleksandr Usyk.

Ali is no stranger to breaking barriers. Born in Somalia and raised in London, she helped create the Somali Boxing Federation and became the first woman to represent Somalia in boxing at the Olympics.

“Me and my opponent, we’re essentially making history together, so it’s not just me. It’s someone else as well, we’re both going to be the first females to be in Saudi.”

Ali’s opponent, Crystal Garcia Nova, is also looking forward to the moment. Not only is she participating in a historical event, but she’s also hoping to bounce back from the first stoppage loss of her career. In order to so, she’ll need to be the first person to beat Ali. 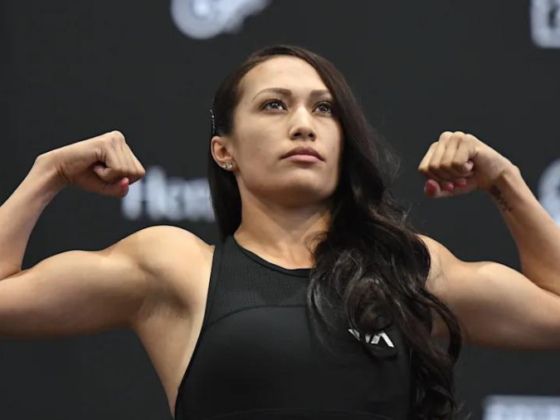