The New Orleans Pelicans have been digging their own grave for nearly seven years. And they dealt out several multi-million dollar contracts to individuals who hardly averaged six points per game to help bury the dirt on top of them.

The results have been predictable, maddening, and annoyingly on brand. Which is the shortest way to tell the story of how the Pelicans royally ruined any chance they had at keeping Anthony Davis long before his recent public trade request.

The longer version is, in hindsight, far more infuriating, and it goes all the way back to before Davis was even a member of the team he now wishes to be removed from.

The Pelicans current General Manager, Dell Demps, inherited an organization in the midst of the Chris Paul saga. After the firing of head coach Byron Scott – much to the dismay of Paul – the superstar point guard eventually asked for a trade out of New Orleans and wished to be sent to the New York Knicks.

That’s when the NBA Commissioner at the time, David Stern – who also had control over the New Orleans organization – vetoed a trade that would have sent Paul to the Los Angeles Lakers and eventually landed him on the other team in L.A., the Clippers.

The Hornets return on that trade –  Eric Gordon, Chris Kaman, Al-Farouq Aminu, and a draft pick that turned into Austin Rivers – and the subsequent tanking that would follow is the official birthing of the current era in New Orleans. One filled with a once-in-a-lifetime player, a misfit of surrounding prospects, and even a corporate name change. Seven years later, history appears to be repeating itself, save for the mascot switch up.

Davis has put in his two weeks with the now New Orleans Pelicans. After his agent publicly requested that his star client be traded, something that felt inevitable but somewhat unspoken had finally been ushered into the news cycle. And the front office has no one to blame but themselves.

Before the Pelicans even thought of Davis a possibility, they finessed the lottery system (and the team that would eventually steal their former name) for the No. 1 overall pick in the 2012 NBA Draft. The Charlotte Bobcats had the best odds to win the lottery, 25 percent of all the ping pong balls. The Pelicans (then the Hornets) had the fourth highest odds, yet were lucky enough to see the numbers land their way along with the future rights to the best NBA prospect since LeBron James. The Bobcats ended up with the No. 2 overall pick, which they used to draft Michael Kidd-Gilchrist. The two former Kentucky teammates couldn’t have had more different career paths.

That historic draft from June 28, 2012, is the date the clock officially began to start ticking for New Orleans. The luckiest day in team history would be one of the few bright spots in coming years.

Without Paul, New Orleans first season sans a superstar was something straight out of the Cleveland Cavaliers‘ playbook. They went from 46 wins with Paul to a mere 21 the next season without him.

It was a shortened season due to the lockout, but one that resulted in little optimism. Eric Gordon, the prize of the Paul trade, played only nine games as injuries would begin to plague the early portion of his career. A 28-year-old Jarrett Jack was the franchise’s best player. The tank was on and it paid off.

They traded a young Trevor Ariza and Emeka Okafor to clear salary then added Ryan Anderson and Robin Lopez – both big men – to work alongside Davis. A 26-year-old Greivis Vasquez was the starting point guard. That team won 27 games. This was just one year though. New Orleans still had plenty of time to craft a team that could win in the future.

But that’s the thing: New Orleans didn’t want to win in the future. They wanted to fill seats as soon as possible. So that’s how you get the following signings of Anthony Morrow, Luke Babbitt, Lance Thomas, Ish Smith, an elaborate trade for Omer Asik and another trade for Norris Cole.

They did trade Nerlens Noel to the Philadelphia 76ers in exchange for Jrue Holiday on draft night during the 2013 NBA Draft, but even a blind squirrel can find a nut.

The writing should have been on the wall when Demps fired beloved head coach Monty Williams despite the coach being told that if he led his team to the playoffs, his job would be safe. Well, Williams did lead the Pelicans to the 2015 playoffs for the first time since the Paul departure. It was Davis’ first playoff appearance in only his third season. Williams was fired anyway following the team’s first-round sweep at the hands of the eventual champions, the Golden State Warriors, and Alvin Gentry was hired not even a month later. The disconnect between the front office and the team would continue to cause problems.

Several organizations fell victim to the salary cap spike that inflated the market to heights previously unheard of. But no team were taken advantage of like the Pelicans. Contracts were dished out to Asik (perhaps the most egregious at five years, $58 million and who epitomizes almost every free agent move the Pelicans have made since Davis arrived as a slow-footed center who was never built to play in the modern NBA. The Asik signing is a good metaphor for the Pelicans preferring win-now moves for players that don’t fit instead of playing for the future), Babbitt, Cole, Alonzo Gee, Dante Cunningham, and Alexis Ajinca in the summer of 2015.

The Pelicans would miss the playoffs for two straight seasons after Williams led them to their first appearance in three years.

It’s not like the Pelicans were totally incompetent. They’ve actually had a solid track record in the draft. They drafted Paul, David West, J.R. Smith, Darren Collison, Davis, Rivers, Noel (who would turn into Holiday), and Buddy Hield. They were capable of developing these players, that was never the issue.

The issue was short-sightedness. A lot of those players they drafted – Hield, Collison, Rivers, and even Dwayne Bacon who was later traded – were never even given the same chance that Paul, West, and Davis were given. Now the latter three were and are far superior players, but the point is that once Davis entered the fold, the Pelicans oddly backed down from the development side and did everything to push all their chips into one pile. They never gave Hield a chance to become the elite shooter he is showcasing as a member of the Sacramento Kings. Collison was traded after one season for Ariza, who the Pelicans would later ship off anyway.

Instead, the free agent signing frenzy continued with multi-year deals dished out to Solomon Hill, Langston Galloway, and E’Twaun Moore in the summer of 2016.

The DeMarcus Cousins trade from last February that sent the Sacramento Kings big men to join forces alongside Davis was the Pelicans best effort yet to build a winner around Davis. But it came a few years too late. We’ll now never know how that pairing of bigs could have worked out after Cousins tore his Achilles, but it sums up everything the Pelicans have tried to do since drafting Davis in 2012. Half-assed efforts with good intentions to build a contender around a generational talent.

Which brings us to today, with Davis wanting out of New Orleans after they failed to bring in a winning team yet again. After losing Cousins for nothing (and losing Hield in the process), the Pelicans recouped their losses with a team-friendly deal for Julius Randle and the signing of Elfrid Payton. Two moves that helped make up for the loss of Cousins and Rajon Rondo, but ultimately nothing that even remotely moved the needle. The trade for Nikola Mirotic following the Cousins injury was a bandaid fix. But that’s all the Pelicans have ever known. They can plug a leak, but can’t fix the pipe.

The New Orleans Pelicans deserve everything that comes their way. You can’t build around a 19-year old basketball prodigy with one-year plans. You can’t split medical/financial responsibilities between a football and basketball team. You can’t fire a coach after giving him an ultimatum that he exceeded. You can’t dish out a series of multi-year deals to players who have never shown the ability to ever be worth those contracts. You can’t trade away your lottery pick after one year for one last-ditch effort to keep the superstar happy. Well, you can, but now you know how it ends.

The Pelicans have now had to deal with their two best players in franchise history demanding trades out of their organization. At some point, the people up top have to acknowledge that this isn’t a player problem, this is complex internal dysfunction. Until they can look themselves in the mirror and accept that the issues lie within the people making the decisions, the Pelicans will just find a way to do the same thing with Zion Williamson seven more years from now.

And they’ll have the same confused reaction once again. 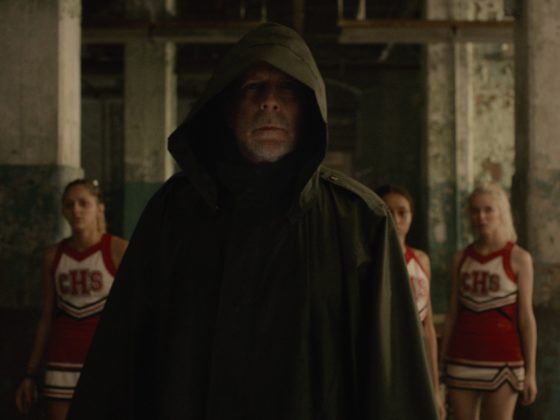 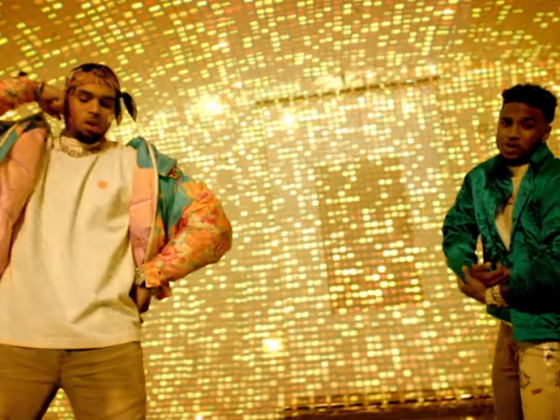