Entering the season as one of many people’s picks to drop out of the Western Conference playoff places, the Minnesota Timberwolves are a hard team to evaluate. This is a team with two top-25 players in Jimmy Butler and Karl-Anthony Towns, though the former is reportedly questioning his future in Minneapolis. There are three other starters who compliment the two stars fairly well. It is for this reason that I do question why people think this is a non-playoff basketball team. Before Jimmy Butler’s injury last season, the team was 29-18 and comfortably positioned at the three seed. Even with injuries to Butler and Jeff Teague throughout the year, Minnesota was only two games off the three seed at the end of the season, so they should be expected to compete again.

The off-season saw Minnesota attempt to add bench depth. Last year Tom Thibodeau opted for an eight-man rotation, or a light bench usage, for the majority of the season. Minnesota’s bench was dead last in minutes played, which led to Tom Thibodeau once again becoming a meme on NBA Twitter. Entering the new season, there is absolutely no excuse for Minnesota to be plagued by the awful depth that saw injuries to key players come at bad times.

The Minnesota Timberwolves replaced Nemanja Bjelica with Anthony Tolliver, and while I think Bjelica is the better player, Thibodeau likes to anchor his bigs on the perimeter. Bjelica has some ability as a playmaker, but this skill was never going to be utilized properly in Minnesota, so getting Tolliver makes a great deal of sense.

Also arriving to bring some perimeter shooting is former Euro League flamethrower, James Nunnally. One of my main gripes with Tom Thibodeau is that his sets do not maximise shooters and get them playing on the move. Minnesota creates most of their perimeter looks as a result of double teams or one-on-one penetration, which does limit the ceiling Nunnally and Tolliver can have. But in reality, with Jimmy Butler and Karl-Anthony Towns playing big minutes, the opportunity is there for both players to provide value.

Offensively, this is one of the best teams in the league. Tom Thibodeau’s sets are designed to get the ball to any of their three elite isolators and create favorable one-on-one matchups. This does not make the Minnesota Timberwolves an isolation team that doesn’t move the ball, but a team that runs actions designed to get one of their star players into space with a chance to drive to the basket or go to work in isolation. Due to this being the nature of their scheme, the Wolves are not very good at creating three-point shots. They were dead last in frequency of three-point shots taken last season, which shows the problems they might have against the best teams. It seems strange to criticise an offense that ranks top five in offensive efficiency, but I think the issue many have is that the lack of motion makes Minnesota more reliant than any other good team on star power to get them over the line.

The good thing for the Wolves is that they do have a lot of players who can win one-on-one and make great individual plays. Jimmy Butler ranks well on multiple play types, Jeff Teague’s ability to be a shooter out of the pick and roll opened things up for Minnesota in the half-court, and Karl-Anthony Towns put up absurd 55/42/86 shooting splits, which was one of the best in NBA history. It feels like a good time to remind you all that he is a seven-foot center, it just isn’t fair how gifted he is offensively.

So while I and other Minnesota fans do have gripes with how poorly Tom Thibodeau’s sets maximize shooters, and how not aesthetically pleasing they are, we have to admit that it’s hard to argue with production. This is an elite offensive team with multiple players you would call elite offensive players. There is room for them to get even better as more shooters have arrived to increase the efficiency, even if the volume doesn’t necessarily get any more perimeter-heavy. This isn’t a team that plays a beautiful brand of basketball, but they are absurdly efficient.

The main room the Minnesota Timberwolves have to grow outside of increasing their three-point volume is by giving Karl-Anthony Towns more touches. Weirdly, Towns was somehow fifth in usage on his own team, behind Derrick Rose and Jamal Crawford among others. This is a huge failing, and perhaps a real signal that Minnesota put too many touches into their back-court. In the playoffs against Houston, the Rockets nullified Towns by simply denying him post touches and making sure he didn’t get the post entry pass. Everyone blamed this on Towns and while he could have been more assertive, the offensive sets need to have more ways of getting him involved that aren’t down low. Perhaps some dribble hand-offs could be a way of allowing KAT to gain influence at the top of the key, and even at the elbow.

Minnesota’s chief problem last year was the defense. They attempted to bring in the likes of CJ Williams and Luol Deng to provide some wing solidity, but in all honesty, the Minnesota Timberwolves main defensive problems are a result of the scheme. In an era where most NBA teams are changing defensive strategy and running more pure man coverages with switching, Tom Thibodeau is sticking with his ‘strong-side’ defense. The tactic was revolutionary and changed the NBA as a key feature in double teaming bigs in the post. It was a great way of stopping three-out-two-in offenses. But the reality in the modern NBA is that the stretch four has destroyed Thibodeau’s defensive scheme.

The strong-side defense looks to overload the strong side and “pre-rotate”. This requires intense concentration and players to be smart, rather than physical, defenders. Especially the big men. Karl-Anthony Towns is not a good defender at this point in time, but the strong-side defense requires a big man to make quick and correct split-second decisions. It is not really a good fit for him. Towns has the strength to match up with bigger players and the feet to move out into space. He is by no means an elite defender in space, but he could do a better job in that role than what he fulfils in Tom Thibodeau’s current defensive scheme.

Thibs has not adjusted his defensive strategy to fit with the modern NBA, and it is the chief reason that I do not think the additions of CJ Williams, Josh Okogie, Keita Bates-Diop and Luol Deng, whom are all capable defenders, will really move the needle on the defensive end for the Minnesota Timberwolves.

Jimmy Butler alone is not enough for this team to be good on the defensive end. The defensive rating when he was on the court was 108.0, which would be the 21st ranked defense in the NBA. His impact is shown by the fact that it drops to an atrocious 115 without him. This would comfortably be the worst number in the NBA. Until this team plays a scheme that maximises their athleticism and youthful energy, they will never be a good defensive team.

While I have critiqued the Minnesota Timberwolves numerous times, this is still a very good team. The knock on them is that their schemes are outdated, but that didn’t really matter in the games Jimmy Butler played in last season. This team won’t please many in terms of creativity and aesthetics, but they are effective. The defensive scheme limits their ability to get better on that end, but even if this team doesn’t really improve, they are comfortably a playoff team with the chance of winning home-court advantage. They could grab a series win for the first time in over a decade. This season is a massive one in Minnesota. 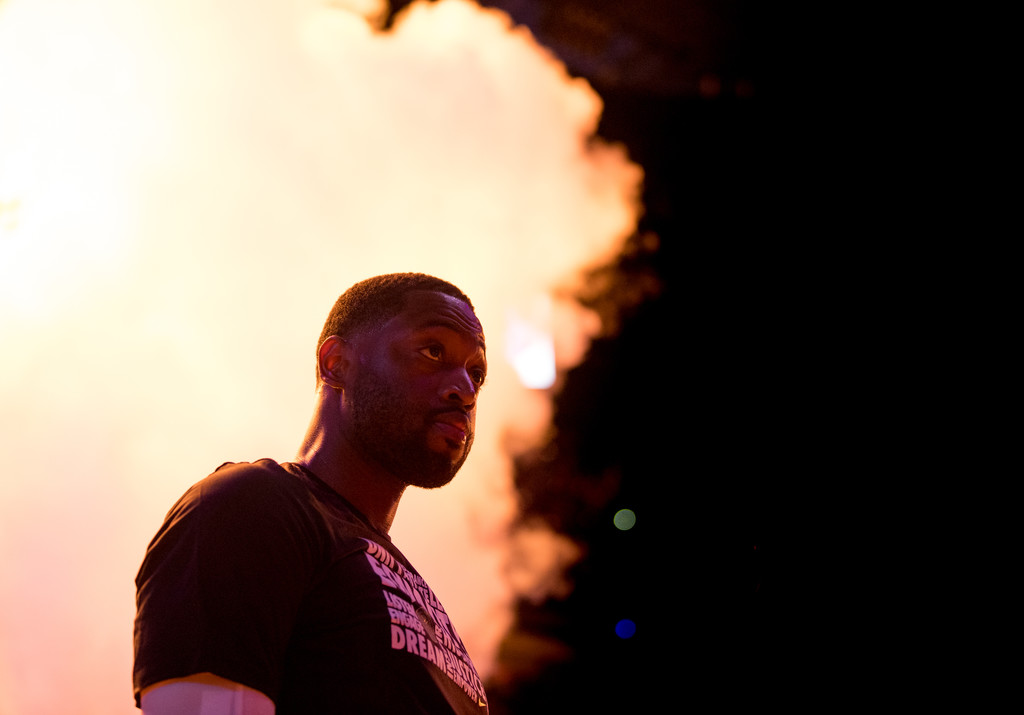 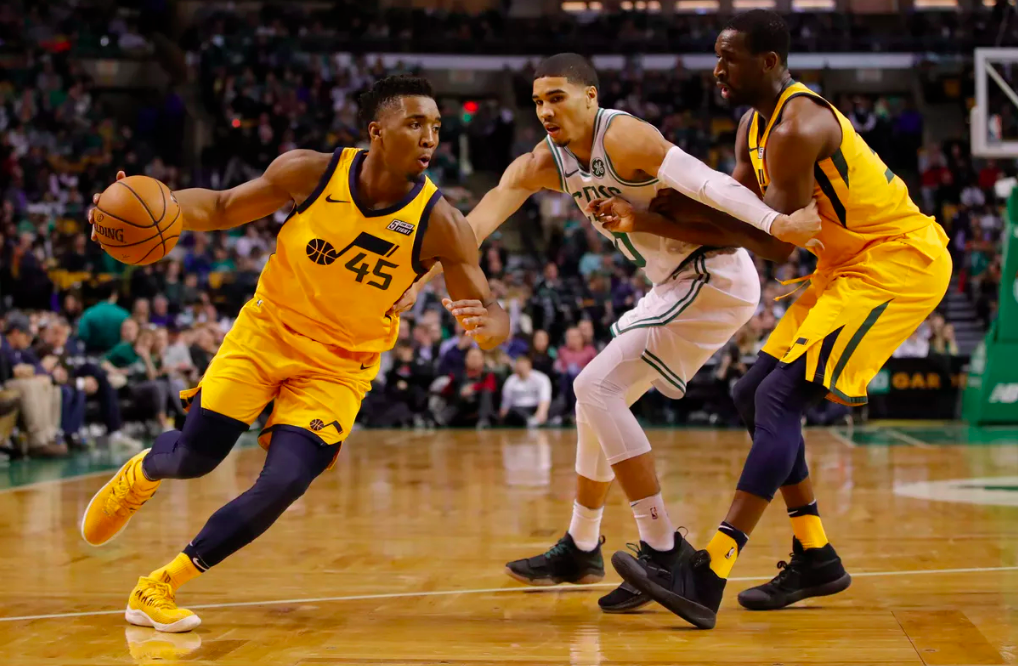 Ranking the Best Young Guards In the NBA: Donovan Mitchell