The NBA is one of the most successful professional leagues in the world for a variety of reasons. From lucrative TV deals, sponsorship and endorsements to outstanding marketing and PR models – the NBA thrives all over the board. But what makes the league truly special is often overlooked and those talents being taken for granted by the American public. The NBA is universally recognized as the premier competition of the global sport that is basketball. And here lies the line that NFL or MLB will never cross. You can make a case of Tom Brady or Babe Ruth being the greatest athletes of all-time but you will hardly come to an agreement with anybody outside of the US.

Basketball as a sport that needs no introduction. It didn’t need it in 1992 when the whole world knew all the names on the Dream Team roster. And even in 1972 when American and Soviet teams clashed in the final game of the 1972 Olympic tournament. Nowadays it seems that the game has infected the whole planet. Every continent and every prominent basketball country is represented in the NBA. You can’t imagine the league without dozens upon dozens of international athletes some of which are full-time superstars. Giannis Antetokounmpo, Nikola Jokic, Joel Embiid. These are not just prominent names – all of them can be seen in various MVP lists.

However, with all that international flavor there are little to none examples when two or more foreign stars run a particular team in the modern NBA. Philadelphia is probably the closest case. But even in Philly, Joel Embiid and Ben Simmons have the help of Jimmy Butler and Tobias Harris.

Building around multiple international players was never an easy task. Even in the early 2000s, it was a luxury to have a few productive foreigners. The San Antonio Spurs were one of the first franchises to heavily invest in foreign talent, and received huge dividends out of it. The trio of Tim Duncan, Tony Parker, and Manu Ginobili went on an impressive run that brought four championships and multiple individual awards to the city of San Antonio. Unsurprisingly, the first ever non-American citizen to win NBA Finals MVP was none-other-than the aforementioned Parker in 2007. Houston Rockets legend Hakeem Olajuwon was born in Nigeria but became a United States citizen in 1993 before winning his Finals MVPs in 1994 and 1995.

But there was another Texan team that decided to go all-in on international star power. Yes, it was Mark Cuban’s Dallas Mavericks. The Mavericks enjoyed great success during the heydays of the Dirk Nowitzki – Steve Nash pairing. Dallas started their 12-year playoff streak when both Nowitzki and Nash were thriving in the league as one of the most exciting duos to watch. But Cuban put the brakes on the whole project by himself letting Nash sign with the Suns in the summer of 2004. 15 years later he once again admitted that he was wrong and strives to not let this scenario happen with Kristaps Porzingis.

Like every colorful and successful owner, Cuban clearly understands that more often than not it’s a system (and personnel) that leads you to trophies and not abstract max contracts. He’s ready to invest long-term because he truly believes that Luka Doncic and Kristaps Porzingis can be a core of a dynasty-like team. And as a business mogul who knows what good PR can do to the entity, he also understands that successful runs of these two young European stars can get him both titles and the whole European market. And when you put it this way, it becomes really an unprecedented story.

The bond of Luka Doncic and Kristaps Porzingis is unique in every sense. It’s not only about being young European stars – there is so much more to it. Firstly, they both didn’t go to college. Both Doncic and Porzingis were fully grown and raised in the European system of basketball. That means they were battling it out with grown men since their mid-teens. Doncic was a part of rich and productive youth system of Real Madrid and Porzingis has matured in Sevilla. They both were pros at 16 in the second-best domestic league in the world.

Similarities don’t stop there. Doncic and Porzingis had major success with their national teams at Eurobasket in 2017, before the breakthrough year for both of the guys. Their paths crossed in a dramatic quarterfinal that was highlighted by their scoring duel. Kristaps (34 points) was the winner but Doncic (27 points) progressed to the next stage and later won it all at the stunning age of 18.

Their relationship goes way back but this is not a rarity in Europe. Thanks to a bunch of youth competitions under umbrellas of Euroleague and FIBA, European kids begin to get familiar with each other way before they shine for the professional clubs. It does not necessarily lead to friendship ties, but still makes them the product of the same system which helps in the future at Euroleague and Eurobasket levels.

It is a natural process and, like every natural thing, it transcends to the next level that is the NBA. Despite going through adjusting, which is necessary while transitioning from European basketball to NBA-style game, European guys still are more comfortable to play with each other. This paradigm especially affects young European players who moved to the NBA under the age of 23. And this is exactly why Doncic-Porzingis pairing is such a big deal.

Not only these two share common basketball background, but they are also extremely talented young players whose transition to the NBA went smoothly. If you look at NBA history you won’t find any close examples of building around two young Europeans that never were a part of the American youth/college basketball system.

But what Mark Cuban did goes way beyond constructing a particular duo that can make shockwaves around the league. He actually may open a Pandora’s Box. In a good sense, obviously. It is an open secret in today’s NBA that almost every player can request a trade. And while Porzingis did not necessarily want to be traded exclusively to Dallas to play with Doncic, he obviously was very excited when he got there. And if he and Luka can actually have long-term success and maybe even win a title eventually, can you imagine what it will do for young Europeans? It will send a clear message – you can bond in the NBA too. And you can do it at the early age skipping a few Euroleague seasons or the whole European period entirely.

It is too early to predict what Dallas will get out of this experiment. Kristaps Porzingis’ health is still an issue and Mavs will need to add other valuable pieces to make this whole thing work out. But Mark Cuban has already hit a double by bringing the attention of the whole continent thanks to the trade. And only time will tell if and when this decision will transform into a walk-off home run. Not only for him and Dallas, but for the entire league. 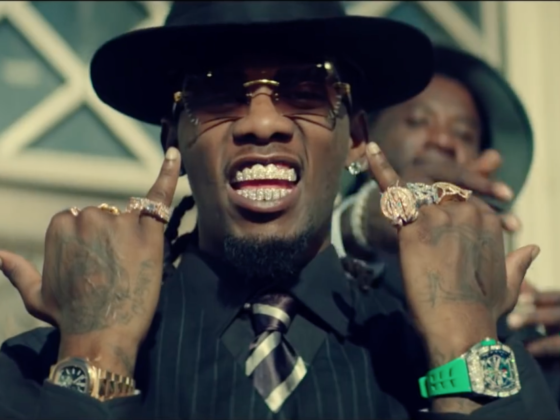 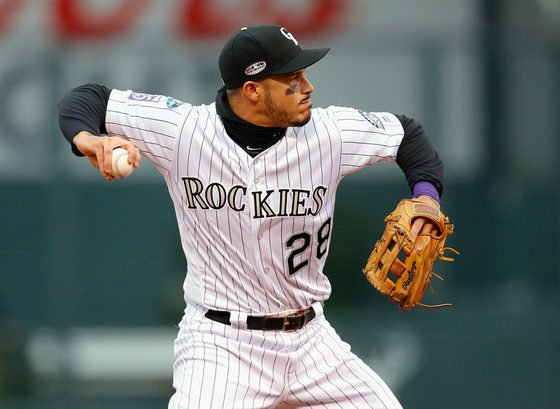