The future for Jaylen Brown with the Boston Celtics was uncertain heading into this past offseason. At the time, the C’s had just suffered a crushing defeat to the Milwaukee Bucks in the second round of the playoffs, losing 4-1 and four in a row after taking Game 1 in Milwaukee. Brown averaged just 13.9 points per game for the entirety of the 2019 postseason and was relegated to a bench role for much of the 2018-19 regular season. Many were questioning whether Boston should wait until the end of this season and see what offers Brown will receive as a restricted free agent or sign him to an extension before the start of the 2019-20 campaign. Celtics ownership decided on the latter, inking the former University of California star to a four-year, $115 million contract extension. Fast forward to the current day, Boston owns a record of 20-7, and Brown is having a breakout season. The contract that many initially criticized as an overpay now appears to be well worth the financial investment for the Celtics, at least so far.

Brown is tallying career highs across the board, averaging 19.8 points, 7.0 rebounds, and 2.4 assists in 33.5 minutes per game. With ball-dominant point guard Kyrie Irving departing to Brooklyn, other players, in turn, were given the opportunity for a more prominent role — and Brown may have benefited the most from his departure. He is taking four more shots per game than he did last season and has seen his percentages rise drastically from 2018-19 as well. Brown is converting 50.4% of his shot attempts, making him one of only four qualified guards in the NBA to be shooting 50% or better from the field this season, with the other three being DeMar DeRozan, Devin Booker, and Ben Simmons. The 3-point shots have also been falling for the 23-year-old, as he is making 37.3% of his treys on a career most 5.3 attempts a contest. Brown is now an All-Star caliber talent putting up superb numbers because of the significant improvement he has made in a handful of areas.

The 6-foot-6 guard has matured into an intelligent offensive player, a weakness of his when entering the league has now become one of his biggest strengths. Particularly as a first-year pro, Brown had the tendency to force drives to the basket, hell-bent on posterizing all of his opponents. As he has smoothened out the holes in his game and accumulated NBA experience over the years, Brown has become a much-improved decision-maker with the ball in his hands. Rather than attempting to trudge his way to the cup, he now has the basketball IQ to read the defense and make quick, decisive decisions regarding his plan of attack.

Jaylen Brown can score the ball from the inside and out, and he has added a few additional moves to his offensive arsenal. With new and improved ball-handling skills, he has become adept at taking defenders off the dribble and using his size and athleticism to rise up over the top of them for clean looks. His off the dribble attempts have been primarily, but not limited to, mid/deep range two-point jumpers. Brown has also extended this shot creation tactic to beyond the 3-point arc. Particularly when matched up against bigs on the perimeter, he has shown the capability to utilize his handle to size up the defender and unleash step back triples all while keeping his balance. That should look familiar to Brown because it is in teammate Jayson Tatum’s bag of tricks.

On the defensive side of the floor, Brown is among the league’s best at his position, and the numbers back up this notion. According to NBA.com, he is 29th in the entire NBA in defensive win shares this season –- and is averaging a career-high 1.1 steals per game. Brown is also pulling down defensive boards at an impressively consistent rate, as he boasts a 16.6 defensive rebounding percentage. For comparison, this ranks ahead of elite rebounders such as Mitchell Robinson and Montrezl Harrell. Brown has been tasked with guarding taller players many nights, due to Boston being hit with the injury plague at times thus far — and has handled the responsibility well for the most part. On Wednesday’s game against Dallas that resulted in a Boston win, the former third-overall pick spent a sizable chunk of his time on the floor defending Kristaps Porzingis. Porzingis was held to just 8-19 shooting and 2-7 from deep on the night, and Brown picked up just three fouls in 35 minutes of play. Quite the accomplishment for someone who is over a half foot shorter than the Latvian star.

Jaylen Brown is becoming the player that the Celtics envisioned he could be when they first drafted him. A two-way stud who is a disciplined defender that can finish at the rim at an elite level, whether that means laying it in or slamming it home. The young man is growing before our very eyes and, assuming the C’s continue to win games with Brown and company, it would be a shame if he did not receive serious consideration to be a reserve in the All-Star Game. 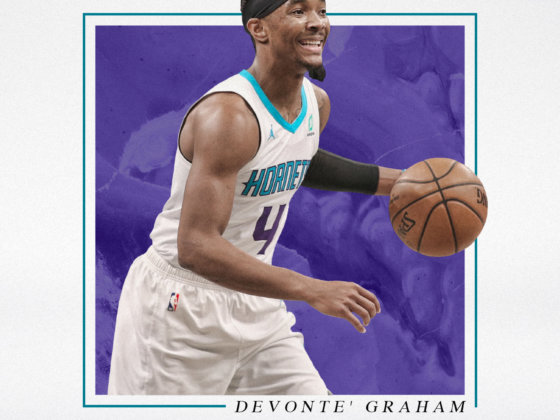 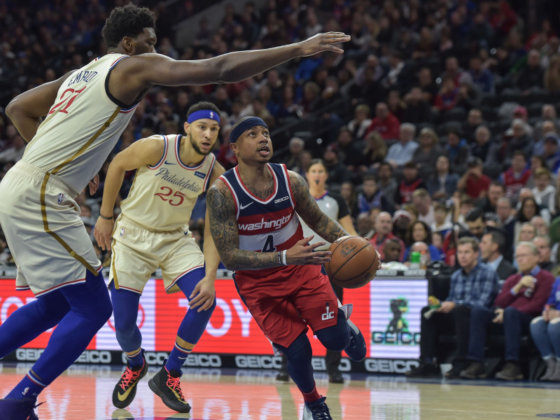