The Paul brothers rose to prominence during the 2010s thanks to their flashy bravado, excellent marketing skills and social media savvy. In 2018, their careers took a twist that many did not think they would take. The elder Paul brother, Logan, was goaded into a boxing exhibition with fellow social media star KSI. The two influencers not only made the fight happen, but they sold out the Staples Center. Fighting to a majority draw, the two decided to run it back and fight for a second time. This time around, KSI emerged with a split decision win.

In the midst of Logan Paul’s two fights with KSI, his younger brother, Jake, emerged as a boxing draw. Winning his first two fights by knockout, Jake Paul elected to fight former NBA star Nate Robinson in Los Angeles on the Tyson-Jones Jr. undercard. Against Robinson, Jake Paul earned a knockout that “memed” around the world. This knockout set up a fight with former UFC fighter Ben Askren, who he also knocked out in the first round. Despite his success in the world of boxing, it was his brother, Logan, that would earn the biggest payday.

At the tail end of 2020, the year got even weirder. Rumors of a potential Mayweather-Paul fight began to surface. Soon, these rumors became reality. First, Paul and Mayweather Jr. planned to fight in February. Then, the two decided to push back their exhibition until June.

Months later, here we are. A YouTube star. An undefeated prizefighter. Who will win? You probably know the answer to that, but there’s always a chance for the underdog. Def Pen is live from the fight in Hard Rock Stadium. Keep up with our round-by-round scoring and post-fight analysis below.

Betting Odds: N/A – Exhibitions Do Not Have Official Odds

Ryan’s Prediction: Call me crazy, but I do think Chad Johnson has a shot to win this. He has spent years of his life training within this sport. He also appears loose and ready to fight. Not to mention, he’s going up against a guy in Maxwell who has been knocked out before. I think the most likely result is a four-round fight that is fairly uneventful because the two men don’t let their hands go. However, if punches start to fly, I think the former NFL All-Pro has a chance to win this.

Round One: Chad Johnson looked good in the first round. He looked confident, loose and displayed a bit of the same showmanship that he showcased on Sundays in the NFL. Most importantly, he looks to have a game plan and he’s executing it. Not to mention, he landed a few good shots to close out the round.

Round Two: Chad Johnson is looking good through two rounds. It’s clear that Maxwell wants to get inside and make this fight a rough one, but Johnson is doing what he can to keep him on the outside. Johnson just needs to protect his head.

Round Three: Brian Maxwell is not listening to his corner at all. His trainer told him to get on the inside, but he told him to be careful as he did it. Maxwell is running in blindly and getting countered every time. Adding on, Johnson is the physically bigger man, so he’s able to push him off at will.

Round Four: Maxwell managed to put Johnson down with a right hand with less than a minute to go. However, he didn’t have enough time to finish the job. Ultimately, Johnson was able to clinch and hold on until the bell rang.

Ryan’s Prediction: Jarrett Hurd has gone through a lot in the last two years. He suffered a crushing defeat against Julian Williams and lost his world titles. More recently, he lost his father, Fred Hurd Sr. Not to mention, he ballooned up to 210 pounds during the COVID-19 pandemic. Back at 160 pounds, he has a lot to prove not only to the boxing world, but to himself. Still, he’s an incredibly talented fighter with power in both hands. He’s a notoriously slow starter, but he can find a way to stop Arias late in this fight. I predict a 9th round stoppage in favor of Hurd.

Round One: Jarrett Hurd is just a slow starter. Luis Arias was just the busier fighter in the first round and outworked Hurd. Hurd doesn’t appear tired or hurt. He’s just taking his time, but that process could cost him rounds early.

Round Two: The rain is coming down here in Miami, Florida. Weather caused a brief delay and Hurd came out firing. He went to the body and was able to counter well. However, Arias didn’t appear hurt and he was able to answer often with a left uppercut.

Round Three: Luis Arias and Jarrett Hurd are both bleeding and working through poor weather here in Miami, Florida. Arias was able to control the round by landing that right hand seemingly at will. Hurd is also disobeying his corner’s wishes by standing inside and staying within Arias’s reach.

Round Four: Luis Arias showed sparks of talent and promise in his bout with Daniel Jacobs. It appears that he’s putting those skills on display here against Hurd. Arias is controlling this fight by getting the best of Hurd in these clinches. He’s able to smother Hurd’s punches and keep him from really getting into a rhythm.

Round Five: Jarrett Hurd and Luis Arias both fought on the inside for a third consecutive round. It is beneficial for Arias, but it does appear that he’s going to get tired at some point. That point just hasn’t come. To Hurd’s credit, he looks to be getting comfortable on the ropes. He’s the naturally bigger man and he could possibly be wearing Arias down right before our eyes.

Round Six: Luis Arias seemingly took the sixth round off. He allowed Hurd to come towards him instead of pressing the action. This move allowed Hurd to walk him down and use his size to his advantage. As a result, Hurd probably had the best round he’s had all night.

Round Seven: This is probably the toughest round to score yet. Hurd was able to hurt Arias with a few shots, but it appears that some of those below may have been below the belt. At least, that it was the referee is hinting at. Still, Arias seemed out of sorts for most of the round.

Round Eight: Hurd could seemingly win this fight by maintaining his distance, using his reach and moving around the ring. Instead, he’s decided to fight on the inside and go where Arias wants him to go. In return, Arias is clipping his guard and hitting him repeatedly with uppercuts.

Round Nine: It’s raining. It’s pouring. It’s wild! A wet canvas seemingly caused Arias to slip, but it was ruled a knockdown. Then, Arias lost his mouthpiece while backing Hurd into the corner. Oh yeah, Hurd slipped as well. It appears that Arias brought the action to Hurd, but the knockdown may earn him a 9-9 round.

Round Ten: Luis Arias caught Jarrett Hurd with an uppercut and truly hurt him for the first time in this fight. Hurd was able to hold on until the end of the fight, but he clearly lost the round.

Round One: Badou Jack and Dervin Colina are starting slow. Neither man knew they’d be in the ring with the other at this point last week. As a result, they’re taking their time to develop a plan. Don’t expect much action until the third or fourth round.

Round Two: Jack is a veteran, but he appears to be frustrated. He’s catching Colina with a number of different punches, but he appears sloppy at times. On the other end, Colina looks like he’s uncomfortable and he’s holding a lot. As a result, he was docked one point for holding.

Round Three: Another round. Another point deducted. After being warned by his corner and the referee, Colina could not stop himself from holding. With that said, Colina was able to throw some big left and right hooks toward the end of the round. Unfortunately, Jack appeared unaffected.

Round Four: There weren’t any points deducted in this round. There were just three knockdowns and a stoppage. With that fourth round, Jack hands Colina his first result.

Betting Odds: N/A – Exhibitions Do Not Have Official Odds

Round One: Floyd Mayweather Jr. is giving Logan Paul a number of different looks in this fight and Paul doesn’t seem to know what to do with it. He’s getting clocked upstairs and he just looks slow.

Round Two: Logan Paul is repeating the same mistakes he made in the KSI fight. He’s fighting with his hands down and relying on the jab. However, he is letting his hands go a bit more than he did in the last fight. Still, Mayweather Jr. is evading everything that Paul is throwing.

Round Three: Mayweather Jr. is timing everything that Paul is throwing. He’s also smothering the much larger man and just doing what he wants. Paul also looks be getting tired. It’s hard to see this going to the distance if Mayweather Jr. doesn’t want it to.

Round Four: Logan Paul let his hands go early in the round and was able to land two shots to the head. Unfortunately, Mayweather Jr. made him pay by landing not one, not two, not three, but four shots in the latter portion of the round.

Round Five: Bing! Bong! Bing! That’s the sound Floyd Mayweather Jr.’s fists are making as they land across the head of Logan Paul. And no, Jake Paul. Your brother is not winning this fight.

Round Seven: Logan Paul is working to survive these last two rounds. Holding and clinching, he may just get it done. Mayweather Jr. seems to be focusing too much on the head. Had Mayweather Jr. gone to the body early in the fight, he could have worn him down. 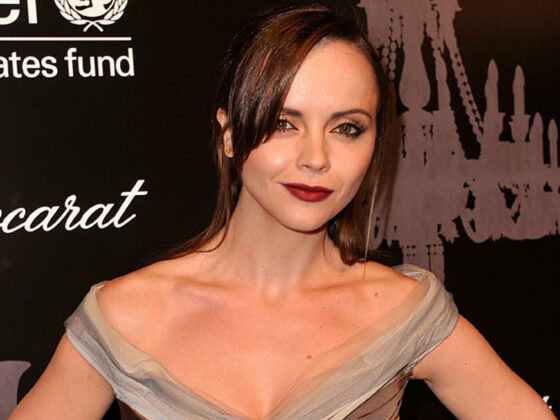 Christina Ricci Joins The Cast Of ‘The Matrix IV’ 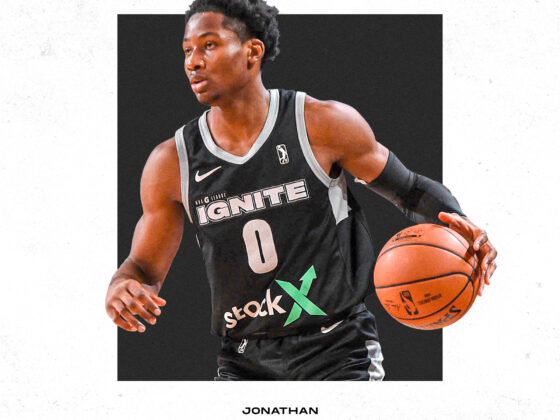