Jeter’s career spanned twenty seasons with the New York Yankees, bursting onto the scene in 1995 and taking home the 1996 Rookie of the Year award to kick his career off. Throughout his career, Jeter was a fourteen-time all-star for the Yankees, also taking home five Gold Glove awards and five Silver Slugger awards. His career spanned outside the regular season, Jeter was a part of five World Series championships as well as winning a World Series Most Valuable Player award. Statistically, Jeter finished off his career with 3465 total hits, a career .310 batting average, and a career 117 OPS+ rating. Jeter’s career earned him a WAR of 72.4.

As mentioned above, Jeter enters the Hall of Fame in his first season on the ballot, falling just one vote shy of going in unanimously. Jeter’s legacy and accomplishment should not be tainted by this one vote; he had a phenomenal career, and members of the Baseball Writers Association of America (BBWAA) felt he was worthy of a first-ballot induction. Post-playing career, Jeter is now a part-owner of the Miami Marlins.

Larry gets the call to the Hall. #HOF2020 pic.twitter.com/qDNSipAQsF

After receiving his call, Walker was alerted that he is a part of the 2020 Baseball Hall of Fame class. Walker was a member of the Montreal Expos, Colorado Rockies, and St. Louis Cardinals over this career-spanning seventeen years. He was entering the Hall of Fame as the second-ever Canadian born ballplayer after Ferguson Jenkins. During his seventeen-year career, Walker was a five-time all-star, winning seven Gold Glove awards, three Silver Slugger awards, and three batting titles. On top of all those accolades, Walker also took home the Most Valuable Player award for his performance during the 1997 season.

Walker was elected by a narrow six vote margin to join the Baseball Hall of Fame class. Statistically, Walker finished his career with a .313/.400/.565 slash line with 383 home runs, 1311 RBI, 2160 hits, and a 72.7 WAR rating. His statistics have been debated amongst critics and supporters as having the “Coors Field effect”, but his election to the Baseball Hall of Fame will help other Rockies hitters like Todd Helton in their quest to be elected. 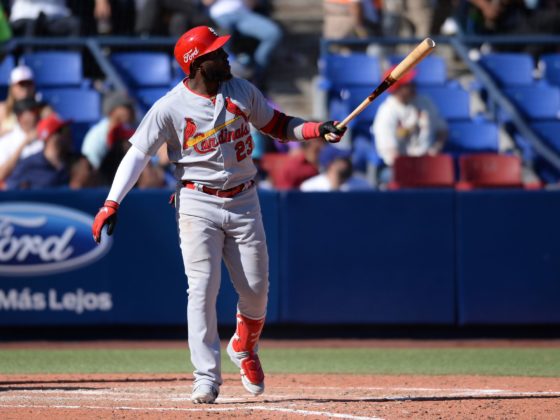