Major League Baseball has announced the winners of the 2019 MLB Gold Glove Awards for each respective position and league. There were some surprises, and some regulars who took home the hardware as the offseason award presentations have officially begun.

Kicking things off first with the American League Infield…

Not shown in the graphic above, but the pitcher who took home the gold glove award was Mike Leake of the Seattle Mariners who showed exemplary defensive play in the 2019 season. The catcher who is also not shown was Roberto Perez of the Cleveland Indians who has emerged as a better defender during his time in the big leagues.

The Oakland Athletics are well represented in the infield as expected with Matt Chapman taking home the third base honors and Matt Olson taking home the first base honors. These two also took home the same honors in the 2018 MLB Gold Glove Award presentations as well. The middle infielders were well represented by the American League East teams. The shortstop who won the 2019 Gold Glove was Francisco Lindor from the Indians. The second baseman who brought home the honors was Yolmer Sánchez of the Chicago White Sox who beat out the New York Yankees DJ Lemahieu.

Moving into the National League Gold Glove Winners for infielders, there were some new faces in the award winners. Nolan Arenado took home his seventh straight gold glove in his career for the Colorado Rockies as their third baseman. The other corner infielder winner was Chicago Cubs first baseman Anthony Rizzo who took home the honors. For middle infielders, some less familiar faces joined in on the awards. Arizona Diamondbacks shortstop Nick Ahmed took home the Gold Glove award in the National League. The St. Louis Cardinals also had a representative who took home a Gold Glove award, as Kolten Wong was awarded as the best second baseman.

Also, there were two others who took home honors but were not pictured in the graphic. Arizona Diamondbacks/Houston Astros pitcher Zack Greinke took home the honors. Greinke is also no stranger to Gold Glove Awards, showing off the defensive talent all throughout this season with the Diamondbacks and after his trade to the Astros. The National League catcher who took home the Gold Glove Award this year was JT Realmuto of the Philadelphia Phillies. Realmuto beat out Austin Hedges from the San Diego Padres and Yadier Molina from the Cardinals for the award.

The American League Gold Glove-winning outfielders should be no surprise for any fan of baseball. Kansas City Royals veteran outfielder Alex Gordon is no stranger to the gold glove award, having won his seventh Gold Glove award as well. Kevin Kiermaier is one of the Tampa Bay Rays best outfielders and defensively he has some proof to back it up. Kiermaier was awarded a Gold Glove award for his defensive play. Last but not least in the American League outfield it was Mookie Betts of the Boston Red Sox who would take home the honors. Betts is no stranger, having taken home the award in 2018 as well.

The National League outfield consists of David Peralta, Lorenzo Cain, and Cody Bellinger. Peralta takes home the honors for the Diamondbacks which is his first time ever winning the award. On the other hand, Cain also took home his first Gold Glove award, after many many years where he was well-deserving. The Los Angeles Dodgers had Cody Bellinger who was honored as a Gold Glove award winner in 2019.

The 2019 MLB Gold Glove Awards have been announced, and attention can turn to Thursday, November 7th when the 2019 MLB Silver Slugger Award winners are announced. 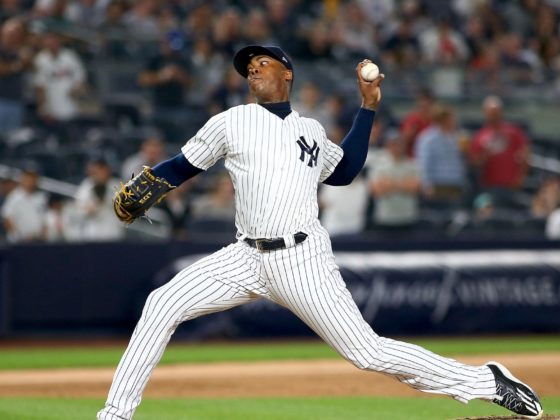 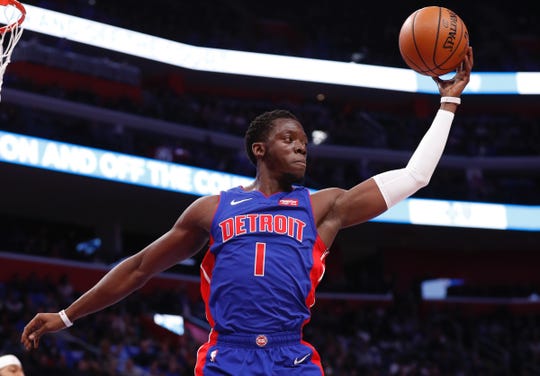 Pistons’ Reggie Jackson Out Four Weeks Due to Back Injury