The fight for seeding and playoff lives continues to come down to the wire. The Def Pen Sports team has analyzed the Week 14 games and made the needed adjustments for Week 15 of the 2021 NFL Power Rankings. The contributors to this week’s rankings are Dylan Hargis and Xavier Santos. Team names will be followed by their record and the number of spots they moved up or down from last week’s rankings.

The Packers have a strong argument for being the best team in the NFC, and possibly the league. Aaron Rodgers is still Aaron Rodgers and the offense showed the ability to flip the switch against the Bears. The defense is still a question mark but anytime you have Aaron Rodgers playing like a potential MVP, you have a chance to win against anyone.

The Cardinals lost a tough game to the Rams on Monday Night Football. Kyler Murray looked rough with two interceptions and no touchdowns. Don’t be fooled though because this team is still a serious Super Bowl threat.

The epic collapse by Patrick Mahomes and the Kansas City Cheifs at the beginning of the season might have been slightly premature. This team suddenly looks like the best team the AFC has to offer once again.

Sometimes the best cure to losing is playing a team that isn’t good at football. That is exactly what the Titans got against the Jacksonville Jaguars this Sunday. Ryan Tannehill and company didn’t have to do much to win the game 20-0.

Micah Parsons has an argument for being this year’s defensive player of the year. The issues in Dallas are on the other side of the ball. That offense has yet to recapture the magic from the first few weeks. Is Dak hurt? There has to be an explanation for his poor play. Whatever it is, they need to figure out what it is and fix it if they have any shot of making a deep playoff run.

Justin Herbert and the offense have recaptured some of the magic they had to start the season. This is a playoff team, but winning the division would only happen if they could beat the Kansas City Cheifs in Week 15. Will the Chargers move up in the 2021 NFL Power Rankings?

The Ravens have obviously made some ancient power angry with the luck they’ve had this season with injuries. Lamar Jackson dealing with an ankle injury is the icing on the cake. Without him, long-term, and this team is done competing this season.

The team finally righted their wrongs and looked like a serious contender by beating the Cardinals. Matthew Stafford has returned to form and Cooper Kupp might be the best wide receiver in the NFL this year.

The Browns almost blew a game against a hobbled Baltimore squad and that defines their season this year. Baker Mayfield is not a franchise quarterback and the sooner the Browns realize that the better off they will be.

Josh Allen and the Bills dug themselves out of a giant hole and tied the game up. Unfourtnely they gave the ball back to Tom Brady in overtime. One would think this franchise would know better.

The AFC North is up for grabs and the Bengals seemingly have forgotten how to win football games. Matchups left against the Ravens and the Browns will determine if this team can win the division or even make the playoffs.

Detroit was no match for a ready Broncos team. This team played inspired football which included a touching tribute to Demaryius Thomas to start the game this week. A fitting way to win a football game.

We can’t hang this loss on the head of Ben Roethlisberger because he largely looked like his former self. Giving up 36 points against Kirk Cousins and the Vikings on Thursday Night Football just can’t happen.

Deebo Samuel is the only thing about the Niners that makes them watchable. Jimmy Garoppolo is simply not an above-average quarterback. The defense is talented but inconsistent. As a fan, I don’t want to see them within a mile of a playoff game.

The defense has played better than they did early in the season. Games like this week would lead you to believe they are a quarterback away from contending for a division title. Can the Washington Football Team move up the 2021 NFL Power Rankings?

This team is playing uninspired football and who can really blame them after everything they’ve had to deal with this season. They will be fighting for their playoff lives over the next few weeks.

This team is the personification of a Dr. Jekyl/Mr. Hyde team. One week they look like world-beaters, the next they decide to stink up the joint. It is impossible to pinpoint who or what this team is. Where do the Vikings fit in the 2021 NFL Power Rankings?

Sure, the Falcons have a shot at making it to the playoffs as a wild card team, but at what cost. Their focus should be on finding a replacement for Matt Ryan after this season.

This team still baffles us with how much they pay Taysom Hill. They beat the Jets convincingly, but they clearly aren’t an inspired football team.

As gross as it sounds, the Seahawks have a shot at a playoff spot. The team would probably be better off positioning themselves for a high draft pick but in a year with no elite quarterback prospects, it is hard to blame them for seeing how far they can take it this year. It’s probably the last time this team and organization will look like the one we’ve known for the past decade.

Fans of Cam Newton should cherish the opportunity to see him in a Panthers’ uniform. There’s no chance he comes back as the quarterback for next season and one has to wonder if he’ll ever wear another jersey again.

This team needs to clean house. With John Mara as owner, one has to wonder just how much things would change even if they did decide to start anew.

Justin Fields played like a rookie quarterback. The upside is there but the team has to hope he can learn from his mistakes rather than develop certain habits that will be hard to break down the road.

This team is the best team among the bottom four teams of the league. They truly are the tallest kid in kindergarten. Some young players will give fans hope for future years. They will not rise much in the 2021 NFL Power Rankings.

Can anything save this team from the dumpster fire it is destined to be long-term? The answer is yes, but it starts with selling the team and a complete overhaul from top to bottom.

The Lions have a handful of young players with upside but they are a ways away from fielding a competent NFL team.

The record may not reflect it, but this is the worst team playing in the NFL this season. Urban Meyer may want to look in the mirror the next time he calls someone a loser. Get him out of the NFL. 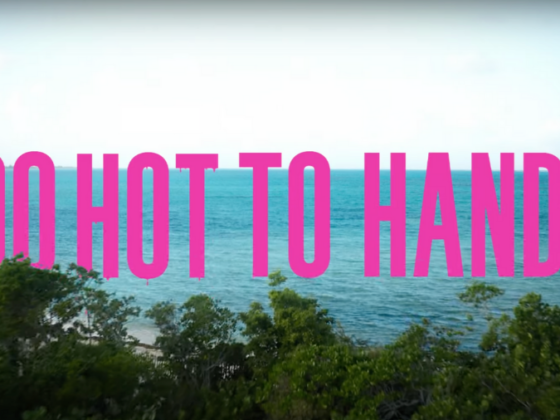 ‘Too Hot To Handle’ To Return For Season Three In January 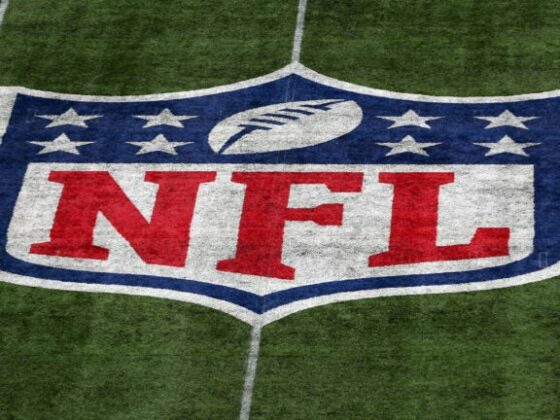