Giannis Antetokounmpo walked off the court on Monday night with a playoff career-high and a highlight reel of vicious dunks, exuding confidence and a hunger for more. The first-round sweep of the Detroit Pistons ended as most had predicted; the Bucks’ average margin of victory was 23.75 per game and the series was never in contention. Even after Antentokounmpo remarked at the post-game podium following Milwaukee’s 127-104 Game 4 win that securing his first playoff series victory “means a lot”, you could sense from the franchise phenom’s tone, and the demeanor of the entire organization, that this Bucks outfit will not be celebrating anything yet. Even on the eve of the franchise’s first playoff series victory in 18 seasons.

The Bucks take nothing for granted.

And it would be easy to.

Milwaukee finished this season with the league’s best offense and best defense, the league’s best record, and in turn, homecourt advantage throughout the playoffs. Individually, Antetokounmpo ascended to the pinnacle of NBA stardom and is potentially on the precipice of winning his first ever Most Valuable Player award. Head Coach Mike Budenholzer has been heralded by the Bucks faithful for taking a team from underachievement to the top of the Eastern Conference playoff bracket. And he will likewise likely be rewarded with his own NBA decoration, the annual Coach of the Year award.

No one would chastise the Bucks if they fell off here. Sure, there would be disappointment and confusion across the league, but it would not be a labeled a “choke”. Particularly because their opponent, the Boston Celtics, received tremendous adoration from fans and media alike prior to the start of the season. The Celtics, ironically, were supposed to be the Bucks.

While even the Celtics will admit the season hasn’t gone as well as planned, their first-round series against the Indiana Pacers showed a potential that many had envisioned as an appropriate stepping stone after Boston nearly willed themselves to the 2018 NBA Finals. The five-man group that was touted for its versatility and conjectured for its promise of Gordon Hayward, Jaylen Brown, Jayson Tatum, Kyrie Irving, and Al Horford proved pivotal in crucial moments down the stretch of the Pacers series. Through the first round of the playoffs, that lineup has an offensive rating of 134 and a defensive rating of 94, per NBA Stats.

Celtics swingman Gordon Hayward appears to be adjusting back into his old ways. Through the first four games of the playoffs, Hayward fields a true shooting percentage of 62% and a usage rate of 16%; a great sign of conditioning and confidence, particularly for a player’s first playoff competition since a major injury. For comparison, James Harden‘s true shooting percentage for the 2018-19 season was 53%. While this is obviously a small sample size for Hayward — 4 games and 134 total minutes — it conveys how far he and the team have come since their low point in late-November.

While each team has had a very different season leading up to this matchup, both will arrive with ample rest and preparation for Sunday’s game 1. As an NBA fan, you feel slightly numb at the thought of Brad Stevens and Mike Budenholzer having a week to scheme their playbook for any matchup, let alone one of this caliber. Neither team is completely bulletproof, and each relies on very distinct stylistic advantages that play towards a collective strength very different from their opponent’s. Three keys could ultimately swing the series and decide which of the two will survive and vie for Eastern Conference championship rights.

Al Horford, On Both Sides

Al Horford was nothing short of sensational in the first-round series against the Pacers. With Horford on the court, the Boston Celtics hold a defensive rating of 93.8 this postseason, per NBA stats. While the Indiana Pacers certainly aren’t the league-leading offense that Milwaukee was this regular reason, a 93 defensive rating is damn near impossible to achieve in the 2019 NBA. For reference, the New York Knicks were the NBA’s worst offense this season, and even with Allonzo Trier and Mario Hezonja in uniform, you can still post an above-100 offensive rating, per NBA stats. Horford will have to be sensational again, and his task will be gargantuan against the aforementioned Antetokounmpo. Giannis averaged a staggering 33.5 points per game against the Celtics this season, and his per-possession efficiency rose whenever Jayson Tatum or Jaylen Brown was the primary defender.

Horford is well-suited to be able to meet Antetokounmpo out on the perimeter, play physical and have the lateral quickness to prevent him from getting to the basket, as Antetokounmpo prefers. Through the three games against the Celtics this season, Giannis took 79% of his shots from within ten feet, compared with only 70% against all opponents this season, per NBA Stats. This is a series-determining assignment for Al Horford. Make Antetokounmpo live from the midrange and become a singularly-focused distributor. The Celtics have to force other Bucks to score the ball.

On offense, Horford will need to stretch the floor and provide essential juice for this Celtics offense, in the form of excellent vision and aptly-set screens for the Celtics’ wing scorers. Horford shot only 34% from the field in the first round, on 31% from three-point range. These numbers will have to go up for Horford, particularly from long distance, if the Celtics have any chance of extending the series to a game 6 or 7. The most promising sign for Horford and the Celtics is that he took almost four threes per game against the Pacers in round one.

Health, For Each Team

As Def Pen previewed for the Celtics’ first-round series against the Pacers, Marcus Smart’s absence could prove pivotal for the Celtics going forward. While it certainly didn’t hurt the Celtics chances of advancing to this semifinal series, the Pacers series provided glimpses of holes that Smart would have been well-equipped to fill. Most notably, the Pacers did not turn the ball over at the same rate against the Celtics as they did throughout the regular season; 12.5% compared to 14% in the first round, per NBA Stats. As any NBA fan knows, Smart makes things happen for his team defensively. He is a necessary cog in Stevens’ system to match up with Milwaukee’s wing depth. Smart has been hinting to Celtics media members at a possible return for Game 1 on Sunday, which would provide him with a couple of road games to find his legs and shot before returning to Boston for game 3.

The Bucks’ Malcolm Brogdon is also rumored to be making his comeback during the second round, even after being definitely ruled out for both Game 1 and 2 in Milwaukee. In early March, Brogdon suffered a plantar fascia tear that was to sideline him for two months, devastating news for a core piece of the Bucks rotation who was having the best season of his career. Up until March, the Bucks were remarkably better with Brogdon on the court, mainly due to his efficient scoring punch. The Bucks will certainly need additional shooting, particularly for the perimeter, against this stout Celtics defense.

If either Smart or Brogdon is able to return and produce early in the series, it could prove pivotal on the outcome.

When Mike Budenholzer set out to transform the Milwaukee offense last summer, his number one goal was to move the Bucks’ style away from traditional motion and towards a modern pace-and-space system around Antetokounmpo. Bud and his staff were convinced that this overhaul would reveal just how potent an offense built around Antetokounmpo and four shooters could be in the halfcourt. But it would be difficult to believe that Budenholzer and his Milwaukee staff foresaw just how potent the Bucks could be in transition. Milwaukee made an incredible leap in their pace, moving from 20th overall last year to 5th overall this season, per NBA Stats. And this change was directly correlated with the Bucks’ success in the regular season.

Per Basketball-Reference.com, the Bucks were 24-5, a winning percentage of 83%, when their pace was above their season average of 103.6. When Milwaukee’s pace was below that average, they were still a respectable 36-17, a winning percentage of 68%. Milwaukee is a very good basketball team regardless of how they play, but they are an elite team when they get out in the open court. Boston will have to be creative in stopping Milwaukee from pushing off a defensive rebound — intentionally fouling to the stop the fastbreak, conceded mismatched switching and more conservative offensive rebound patterns may all be utilized by Stevens this series. Though the Celtics have been a strong offensive rebounding team this year — 10th in the league during the regular season, per NBA Stats — against the Bucks you have to pick and choose your spots. If Boston is unable to limit Milwaukee in the open court, the Celtics will be facing some difficult decisions this summer.

Prediction: Milwaukee and Antetokounmpo are too much for Boston defensively. Bucks in 6. 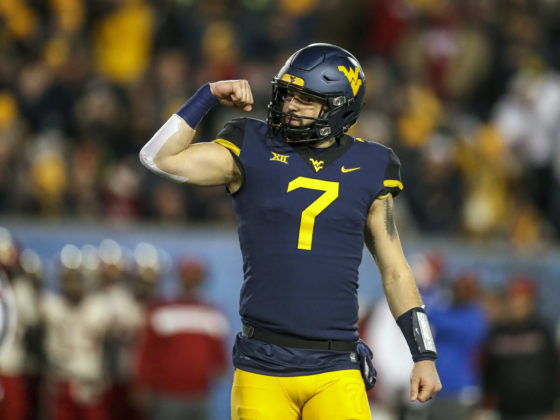 2019 NFL Draft: Second and Third Round Recap Headlined by Grier and Metcalf 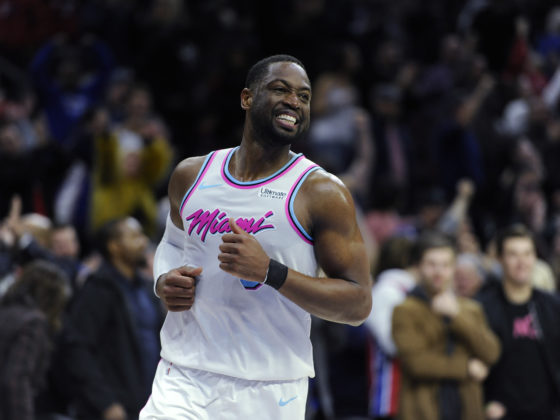 REPORT: ESPN and TNT Trying to Bring Dwyane Wade Aboard as Studio Analyst