Yes, it is truly happening. Floyd Mayweather Jr. is returning to Showtime for yet another highly-discussed boxing match. In 2017, he stopped Conor McGregor in the 10th round. This time around, he’s planning to defeat YouTube sensation, Logan Paul, at Hard Rock Stadium. His experience, skillset and confidence make him a heavy betting favorite, but some may feel differently. Paul does have a large reach advantage and a 34-pound weight advantage. As a result, some are giving Paul a legitimate chance to win the fight despite there being no official judges. In the days leading up to the fight, a few active champions and highly-respected boxing champions have weighed in on the matter.

Mike Tyson is no stranger to a big fight. He’s shared the ring with boxing legends like Larry Holmes, Evander Holyfield and Lennox Lewis. Not to mention, he recently participated in a major pay-per-view event with Roy Jones Jr. last year.

Heading into this weekend’s big fight, Tyson will have his eyes glued to the screen. When asked about the potential outcome, the New York native did not hold back.

“Floyd’s gonna beat his f*cking a**, but it’s going to be good. It’s gonna be good. He’s going to fight back though,” Tyson told Reuters.

When looking at Mayweather Jr.’s next fight, Alvarez doesn’t think too much of it. While he understands the financial benefit it provides to both participants, he, like Tyson, doesn’t think it’ll be too competitive.

“Who do you think wins?” journalist Graham Bensinger asked.

“I think even the question is offensive. Mayweather, obviously,” Alvarez answered.

Former cruiserweight champion Tony Bellew has stepped in the ring to fight a novice before. Back in 2015, he fought a 12-round fight with actor Michael B. Jordan. However, there’s one small difference between that matchup and Mayweather-Paul. Bellew and Jordan were shooting the final fight scenes of Creed. Mayweather Jr. will not be acting or doing any sort of choreography when he’s throwing shots at Paul

Much like Alvarez and Tyson, Bellew believes that Mayweather Jr. will make easy work of Paul on Sunday night.

“This guy’s gonna get his backside handed to him by Floyd Mayweather,” Bellew said.

Boxing legend Roy Jones Jr. does not have too much confidence in Logan Paul. Ultimately, he feels that Mayweather Jr.’s skill and defensive prowess will be too much to overcome. In the end, Jones Jr. will be surprised if Paul even lays a hand on him within eight rounds.

“Are you talking about the greatest defensive fighter of all time? So, it’s very hard to hit him. That being said, I don’t give the kid a chance,” Jones Jr. told TMZ Sports.

Former super middleweight champion Carl Froch has seen the likes of Jermain Taylor, Jean Pascal, Lucian Bute, Glen Johnson and Andre Ward up close. He knows what it takes to beat the best of the best and he knows what it’s like to fall short. With all of that knowledge, Froch predicts that Mayweather will win, but he is not ruling out the possibility of a potential upset.

“Mayweather should be far too good for him, but it’s exciting and it’s got your interest because Logan Paul is so big and Mayweather has been retired for so long,” Froch said.

“I don’t want to say he’s got a chance, but he has got a chance because he looks like he can shape up quite well. He’s had a couple of fights and he’s so big.”

Interim WBC Lightweight Champion Ryan Garcia has the potential to be the biggest draw in boxing one day. With more than 12 million followers across TikTok and Instagram, he stands as one of the most, if not the most, popular boxers on social media today. Therefore, he understands the dynamic and appeal of a Mayweather-Paul bout more than most.

Deviating from the expectations of most top boxers, Garcia believes that Logan Paul will emerge victorious on Sunday. In fact, he’s encouraging others to put their money on Paul. 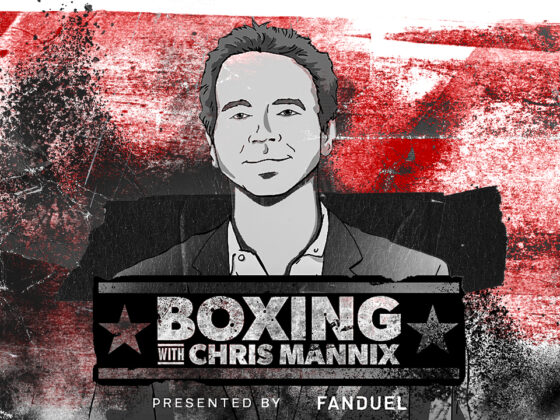