After a rough season in the Windy City, the Chicago Bulls are looking toward the future. They have plenty of pieces on the roster but, when put together, what image do they make? The front office is hoping that they can see a clearer picture after this season to help prepare for the inevitable wild summer of free agency next year.

Chicago did not suffer any losses this offseason in terms of personnel, retaining a very young roster. The only hits incurred are on the books after matching Zach LaVine’s four-year, $78 million offer sheet with the Sacramento Kings. It was a bold move for the Bulls, who could have easily moved on from LaVine and his questionable shooting and unquestionably bad defense. LaVine was the big piece acquired in the Jimmy Butler trade, however, so the Bulls moving on from him would perhaps be waving the white flag too early.

On the gains-side, there are some reasons for optimism. Wendell Carter Jr. appears to be a solid draft choice who looked noticeably better in the NBA Summer League than much of the competition. The big-man from Duke University averaged 14.6 points, 9.4 rebounds and more than two blocks per game in Las Vegas. He showed the poise and expertise in the paint of a player beyond his years. The NBA landscape shifting from standard bigs to smaller lineups may play into the Bulls’ favor with their rookie center. They have the ability to use Carter Jr. against smaller centers and bully them around in the paint.

But, wait. Traditional centers are dead! Shoot a three you coward!

Fear not, as Carter Jr. also has a three-point stroke that may keep defenses honest. He shot 42.9 percent from behind the arc in Summer League and, while it is not an offensive anchor of his right now, it is a possibility if given consistent development in the future. Based on Summer League — which, yes, is a small sample size against borderline G-League talent — it appears Chicago nailed this draft pick and have their center of the future.

Chandler Hutchison is the other first-round pick by the Bulls, and he offers interesting upside. The Boise State product is three years older than Carter and provides some shooting at the premium small-forward position. Hutchison averaged 20 points per game in his senior season of college on 47.5 percent shooting. He shot worse in the Summer League (39.5 percent) but considerably better from the three-point line (50 percent in Summer League versus 35.9 his senior year at Boise State). There is potential to become a “3-and-D” wing player in this league, though he is better suited to defend forwards as opposed to guards. Offensively, he is a multi-faceted player who can drive to the basket and use either hand to finish. The skill set is certainly there.

At his worst, it appears Hutchison is in prime position to force the Bulls’ hand and potentially move on from the underwhelming Denzel Valentine. At his best, he might push for some serious minutes on a young team.

If Carter Jr. is the crown-jewel of the offseason, Jabari Parker is a shiny diamond in the rough. However, that diamond potentially has irreparable knee damage and is a turnstile on defense. The Bulls signed Parker, a Chicago native, to a two-year, $40 million deal. He is a perfect buy-low candidate for the Bulls — a guy who needed a fresh start after some unproductive and injury-riddled seasons in Milwaukee. The contract is not as bad as it seems either, with the second year being a team-option. If Parker proves his worth and then some, Chicago has another nice piece in its young core. If he falters, the team can cut him loose after the season or retain him on a significantly cheaper contract. The knee injuries have sapped Parker of a lot, but not his spirit.

Last season, Parker averaged 12.6 points and 4.9 rebounds per game in 31 total contests. Yes, it is a far cry from his stats the year prior, but by that point, Parker was unable to really work his way back into the rotation. Most importantly, he is still just 23 years old. Milwaukee’s window to win is now and they are unable to wait and see how Parker’s knees hold up. Chicago is able to wait and see while giving him a fresh start in his hometown.

Simply said, the Chicago Bulls are not going to be very good this season. They have some interesting talent on the roster that makes them a strange dark horse candidate for the eighth seed in the lowly Eastern Conference, but many things would have to go right. Zach LaVine, Lauri Markkanen, and Wendell Carter Jr. make for a potentially fun team. Defensively, the team is going to be bottom-five in the NBA. LaVine was rated as the fourth-worst guard last year in defensive win-shares (at least 23 games played). Parker was bottom tier in terms of defensive win-shares and defensive rating, though still better than LaVine. As of right now, the deficiencies on the defensive end of the court are not going be outweighed by the offensive gains by the athleticism of LaVine or stretch-shooting of Parker.

In a perfect world for Chicago, both Parker and LaVine show full recovery from their knee injuries and push the Bulls to a higher level. LaVine, when healthy, is freakishly athletic with plenty of bounce off of the dribble. Parker, when healthy, can be a stretchy power forward with enough quickness to drive to the basket. Markkanen taking a step forward from a very good rookie campaign and Carter Jr. carrying his impressive Summer League play into the season are best case scenarios too. Some of those things are more likely than others, sure, but anything is possible.

The 2018-2019 Chicago Bulls season is an important one for head coach Fred Hoiberg, too. He has had ups and downs with players and fans in terms of his leadership but has persisted this long. That leash may be getting shorter, however. If the Bulls are unable to make some noticeable improvements, Hoiberg could get the axe. John Paxson and Gar Forman in the front office have come under considerable criticism and they will have to continue defending their choices if the roster turns to mush.

This will be an evaluation year in Chicago. They have potentially seven-to-10 contracts coming off the books next year and could have some significant cap space next offseason. The question will be who they hold on to to build around with Markkanen and Carter Jr., as they can try to add some significant talent next offseason where numerous high-profile free agents will be available. This year will be more frustrating than fun, but the Chicago Bulls as a team appear to be starting to take shape. 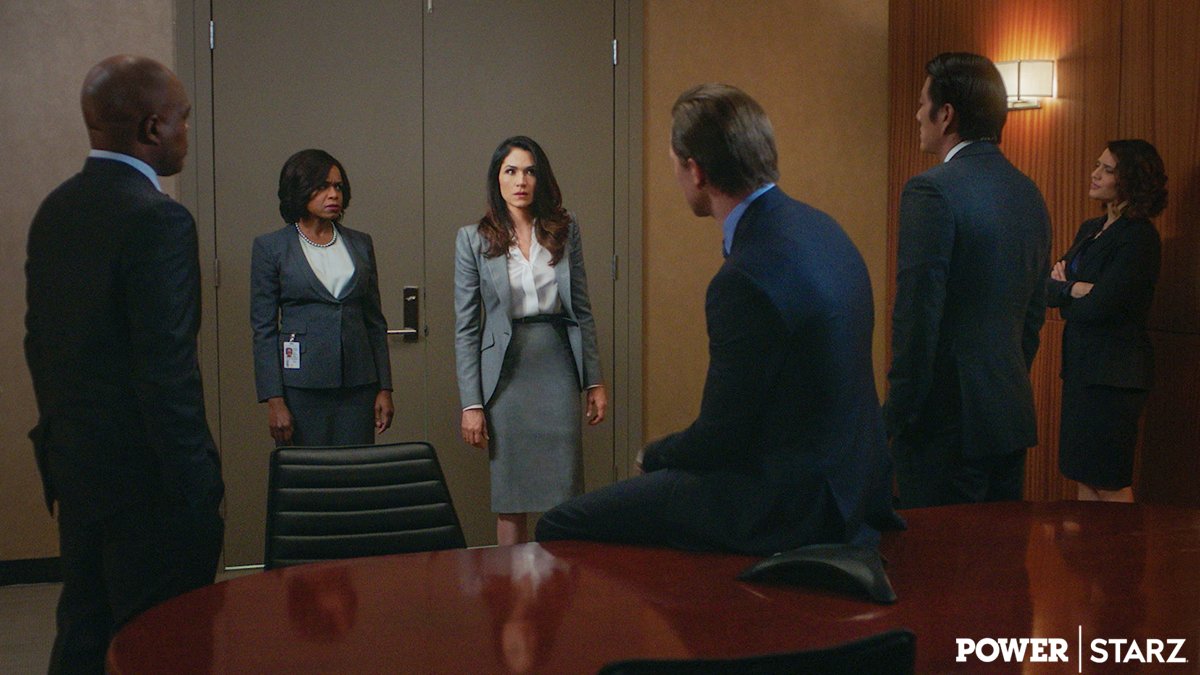 Watch The Season Finale Of Power 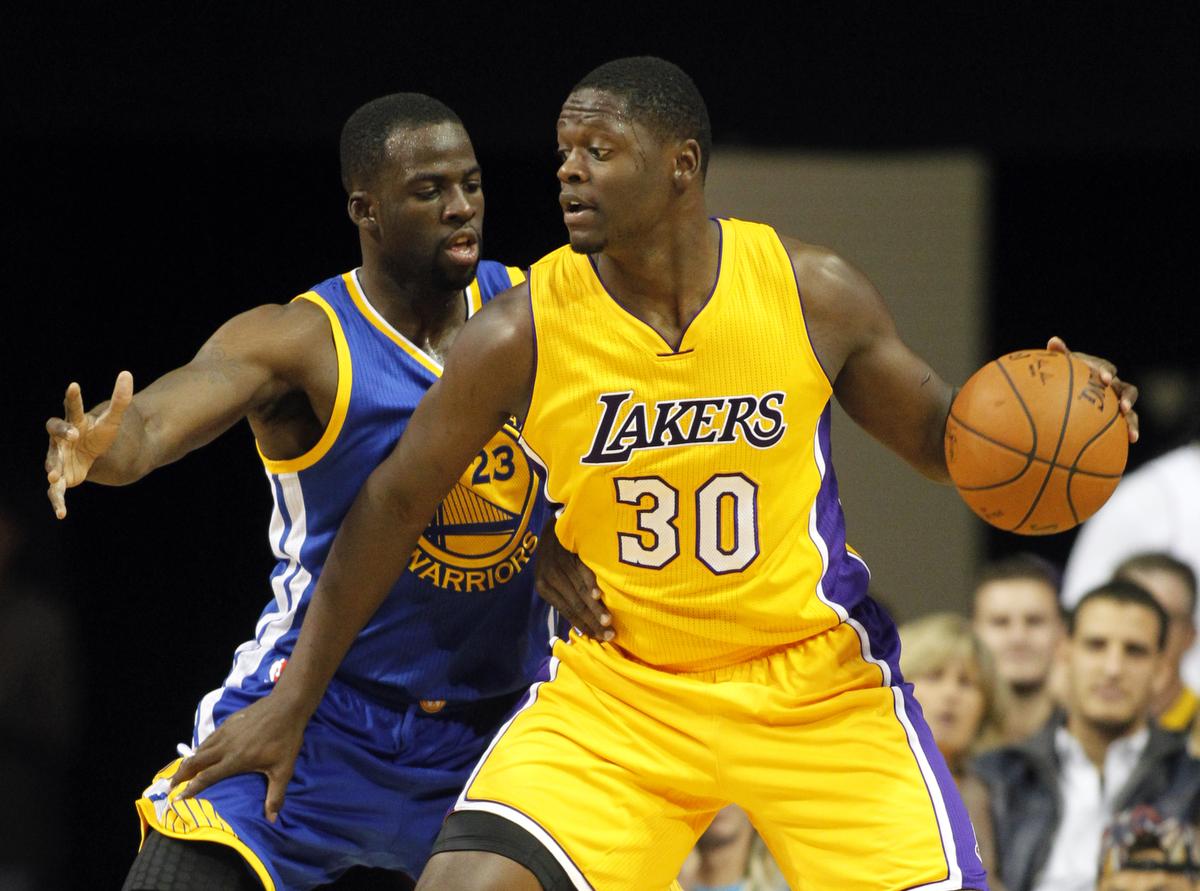