Every offseason, the free agency period gives teams an opportunity to address some of their most glaring needs which popped up over the course of the past season. Whether it be addressing the need for a franchise signal-caller or plugging holes on the defensive side of the football, this is among one of the most eventful periods of the football calendar.

After just the first day of free agency, we’ve already seen plenty of teams scoop up marquee players: Austin Hooper agreed to a deal the Browns, Byron Jones is heading to Miami, Amari Cooper is staying in Dallas, and a number of other trades and franchise tag decisions all took place Monday. However, there’s still a vast pool of talented players still available including some of the best quarterbacks to ever play the game. Our football writers, Ryan Timmerman, Saahil Pawar and Trevor Blevins, have you covered as they take a look at where some of the best remaining players could call home for the 2020 NFL season and beyond.

The most intriguing player out of this entire free agency class is undoubtedly 43-year-old Tom Brady. After piecing together a historic career with the New England Patriots including six Suber Bowl victories, it’s hard to imagine Brady playing anywhere else. However, it’s looking more and more likely that Brady and the Pats are both ready to move on. Though a few locations have been identified as his next potential team, the Los Angeles Chargers stick out for a few reasons. LA already boasts a loaded roster and recently buffed up their offensive line in a trade for Trai Turner. Add the allure of playing in Los Angeles, and we could very well see Brady in a Chargers uniform next season.

Perhaps the premier defensive player becoming available this offseason, Jadeveon Clowney is in line for a major payday after his last year with the Seahawks. Though Clowney’s numbers don’t jump off the page, the impact he has by wreaking havoc in the backfield is profound. Clowney helped Seattle’s defense get back to one of the NFL’s better units and it resulted in an 11-5 record and a trip to the NFC divisional round. Clowney has said he wants to join a contender and with over $91 million in cap space and a glaring need for an edge pass rusher, the Indianapolis Colts could look to add him to their already solid roster.

When it comes to the wide receiver position, there’s no one available on the open market that stretches a field like Robby Anderson does. Though Anderson isn’t the answer for a team as a No. 1 wideout, he’s one of the best complementary threats an offense can have. Anderson’s blazing speed makes him an incredibly dangerous weapon at all times and it was on display during his last few years in New York. The Washington Redskins already have their top receiver of the future in standout rookie Terry McLaurin but after striking out on the tight end market and Amari Cooper, they could invest in another weapon on the outside.

Even though Brees played with the Chargers prior to his tenure in New Orleans, he’s one of those guys that’s hard to picture in any other uniform at this point. It looks like the team is lining up to give Brees a one-year deal with Teddy Bridgewater (and even Taysom Hill) coming back before Brees rides off into the sunset. However, there’s one wild-card in New England that could set off a bizarre chain of events in regards to where quarterbacks land this offseason.

One all the relatively big names in free agency, Harris Jr. would seem to be one of the least likely to return to his incumbent team. At 30, his time with the Broncos has probably run its course and the player and team are going in opposite directions. The cornerback likely looks destined to head to a contender. Although a lower-tier team could maybe surprise with an offer too big to pass up.

As the Chargers have made it clear they are looking to move on from Philip Rivers and take the franchise in a different direction, Rivers must now reprove himself as the elite gunslinger he was once known as. A fit that I think would benefit both parties would be the Indianapolis Colts, where Rivers’ former QB coach and Offensive Coordinator Frank Reich is the current Head Coach. For a franchise that was catapulted into a less than enviable QB situation after the retirement of Andrew Luck, Philip Rivers will look to prove himself in Indianapolis.

Melvin Gordon’s holdout with the Chargers was a gamble that didn’t pay off. With Austin Ekeler emerging as a true dual-threat running back and Justin Jackson continuing to develop as a quality backup, I expect Melvin Gordon to land somewhere new next season, with the Eagles making a lot of sense to me as they look to solidify their offense.

Still a high tier tight end, the veteran Delanie Walker will be looking for a change of scenery in free agency since the Titans parted ways with him. Delanie Walker would be a perfect fit at tight end in the role that Jimmy Graham just left in Green Bay. The Packers should be making a big pitch for Delanie Walker, and the fit with Aaron Rodgers is an exciting prospect.

Teddy Bridgewater’s performances at the helm for the Saints in the place of the injured Drew Brees undoubtedly turned heads and will have teams with an uncertain future at QB looking in his direction. A team that makes sense to me would be the Oakland Raiders, as they may be readying to move on from Derek Carr. Keep an eye on Dallas as well if they’re unable to keep Dak Prescott.

With the Falcons parting ways with Devonta Freeman, he’ll most likely figure into a backfield in more of a backup role than he’s used to. One fit that would serve as a safe bet for Freeman would be the defending champion Kansas City Chiefs, where he could share touches with Damien Williams. 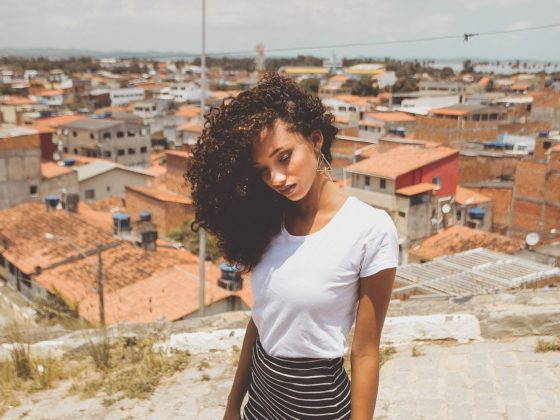 Naturally Curly? Move Beyond Basic Hairstyles with these Tips 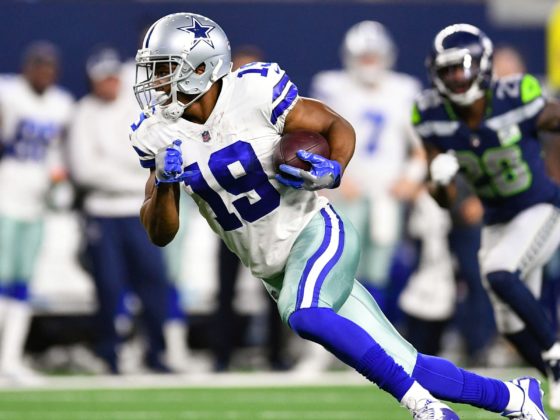