Continuing our college basketball preview series, next up are the Baylor Bears. Scott Drew coached a fairly young team made up of lots of freshmen and sophomores last year. Makai Mason was pivotal for the team last year in guiding them to a second-round exit in the tournament. Lots of those young pieces stepped up as giant contributors in the second half of the year.

Scott Drew has brought in monster recruiting classes to in the past but this year was made up of one high school recruit and a couple of transfers. In addition to a couple of transfers sitting out, he now has a couple that are now eligible to play this year. Drew once again has a team ready to compete for a top-four finish in the Big 12 and a second-weekend appearance in March.

The Baylor Bears bring back a solid core with these three. It was originally four, but a suspension and the decision to turn pro in result was made by Mario Kegler. These three are still an extremely strong group and one that should more than hold their own in the Big 12. Clark went down with a knee injury last January in a year in which he was leading the nation in field goal percentage and scoring 14 per game. He’s an excellent big man the Baylor Bears can play around when they go small like they often did last season. Vital is only 6’6″ but is one of the best offensive rebounders in the country. His body is built like a power forward and he uses his strength and craftiness to rebound so well. Butler, as a freshman, made a great impact down the stretch. He was inserted into the starting lineup after Clark’s injury and the team immediately won six straight and 10 of 13.

Mason was great for Baylor last year as a transfer from Yale, leading such a young team. He was the leading scorer and go-to late-game scorer for the Baylor Bears and will be sorely missed. McClure was a glue guy and someone who has contributed since day one when he stepped on campus. He was never a top scorer or a flashy playmaker but he always made the right play, whether starting or coming off the bench for Baylor in his four years. Kegler as previously mentioned was going to be suspended indefinitely for a violation of athletic department policy. Instead of serving that suspension he decided to turn pro. He was entering his redshirt junior season and will now forego the rest of his eligibility.

Big news from Baylor. Mario Kegler has been suspended indefinitely from the program, and won’t be serving a suspension since he will turn pro.

Teague and Mitchell are both transfers who sat out last season and figure to play huge roles in the team’s backcourt. Teague will more than likely replace a role in the backcourt that Makai Mason is leaving. Mitchell figured to come off the bench but could also figure in the team’s starting lineup. Turner is the lone high school recruit in Baylor’s 2019 recruiting class. He was joined by two transfers that are sitting out this year.

After a year in which many wondered if they were a lock for the tourney, Scott Drew was able to get his Bears in the tournament. Not only that but they won a game relying on mostly young players with a senior leading the charge. With the loss of three rotation players but the addition of Tristan Clark and a more experienced rotation Drew has another strong contender in Waco. This is a team firmly seen as a top-three Big 12 team but behind Kansas and slightly behind Texas Tech.

This is a team who could easily reach the Sweet 16 and maybe beyond if their matchups fall right. Drew has made two Elite Eight’s in his time in Waco so it’s not as if the school hasn’t done it before. Many fans question just how good of a coach the Scott Drew is but he’s time and time again shown to be a very good and capable coach. His teams play that tricky zone and always rebound well. They have some shooting with a guy like Teague and Butler shot it well from deep once inserted into the starting lineup. They’ve got the ability to play many different ways whether small, big, shooting filled, or a more defensive style. This may not be Drew’s most talented team but it has a chance to be another good one for the veteran coach.

The Baylor Bears have a fairly tough non-conference schedule this year. Scott Drew isn’t known for an incredibly tough non-conference schedule year in and year out. He’s not always scheduling cupcakes but a middle of the road schedule is usually the case. This year they could potentially match up with Villanova in the Myrtle Beach Invitational. They are matching up with fellow top 25 preseason ranked Washington in Alaska for the Armed Forces Classic.

Arizona and Butler both come to Waco this year with neither game being a cupcake especially a consensus top 15 team in Arizona. They also draw Florida, a top 10 team in many polls in the Big 12/SEC Challenge which has become a fun event every year. Not too mention the Big 12 which presents challenges to every team dealing with the double round-robin schedule it presents. A 12-6 record in the Big 12 in a year with no terrible teams is respectable and is usually good for third place in many years in the conference. This team isn’t a 30 win club but has a chance to put together a really solid year with a chance to win a few games in March. 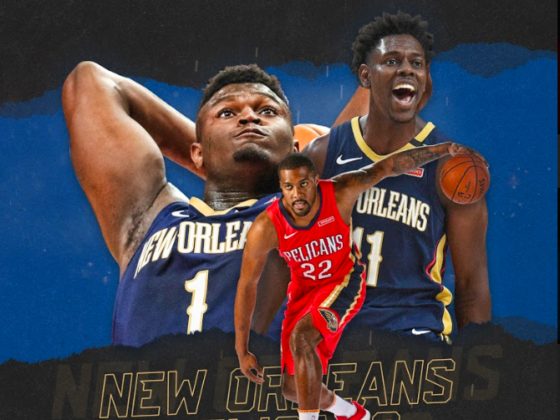