Last in line for Def Pen Sports’ 2019-20 conference previews is the ACC, the presumptive best league in the country. Led by Duke, UNC, and more recently, Virginia, the Atlantic Coast Conference has been at the top of college basketball for a while now. Naturally, this means that there is a large pool of talented players to choose from, including quite a few who could make a case as a top-10 player in the conference.

The top 10 that we’ve settled on features players from nine of the conference’s 15 teams, a testament to the wealth of elite talent spread across the league. Let’s get into the list.

Trent Forrest is Florida State’s leading returning scorer from last season and is set to take a major step up in his role. The senior is known for his two-way impact and seamless fit in Leonard Hamilton’s system. Florida State will need his downhill style to become a consistent producer of offense for the team as a whole. Forrest, who averaged 9.3 PPG, 4.5 RPG, 3.7 APG, and 1.9 SPG is best defined as a do-it-all utility guard. He may not always put up the gaudy box-score stats, but Forrest does a little bit of everything that’s needed to win games.

One of the shortest players in college basketball, don’t let Lykes’ 5’7 frame fool you; Miami’s lead guard is lightning quick and can score the ball at will. He proved this by averaging 16.2 points per game last season, making him the second-leading returning scorer in the conference. The former four-star recruit is entering his junior year and will be tasked with leading a team that lost three of its top five scorers. The electric guard has proved his fearlessness time and time again, insinuating that he’ll be up for the challenge.

The @UVAMensHoops big man came up HUGE in their title run last season and this season, Mamadi Diakite is back and ready to continue that ?#GoHoos | @_mdiakite pic.twitter.com/YMv96mhbzi

Senior big man Mamadi Diakite will look to turn his excellent March Madness run into an All-ACC senior season. Best known for the buzzer-beater against Purdue to reach the Final Four, Diakite is much more than just that moment. The big man is poised for a year filling the two-way big man role. Diakite uses his instincts and quick feet to rotate in help defenses and also guard the perimeter if needed. His offensive game is developing, though he should be able to carve out scoring looks close to the basket. Diakite will be an important piece for Virginia’s championship follow-up and should be amongst the All-ACC crowd.

One of the conference’s most impressive freshman last year, Johnson exceeded expectations after being ranked outside of the top-200 as a recruit. He’s a legitimate NBA prospect and is part of one of the better backcourt pairings in the country between him and Trey McGowens. Johnson excels at initiating Pittsburgh’s offense, whether it’s through his scoring ability or passing ability. He could even exceed this ranking if he cleans up his efficiency; he averaged four turnovers per game last year and shot just 43.9% inside the arc.

The first freshman to feature on this list, and to no one’s surprise – he’s a Duke player. 6-foot-10 Vernon Carey possesses a mature skill set in both face-up and back-to-basket situations. Carey runs the floor with his fluid athleticism and is considerably more twitchy in his movements than the average player his size. The big man should be a focal point in Duke’s offense to offset the space of frontcourt mate Matthew Hurt. Carey’s overall size and length will make him a factor on the defensive end, a crucial role as he’ll protect the rim. Look for Carey to show off a versatile offensive package as he dominates through volume and size.

Last season’s leading rebounder in the conference, Mooney is coming off of an incredible statistical season that saw him average 14.1 points and 11.2 rebounds per game. Unfortunately, it was largely to no avail, as Notre Dame had a down year and finished dead last in the conference. However, with a significantly improved supporting cast, Mooney should have another outstanding year in 2020 and, this time, see success follow suit.

Senior point guard Markell Johnson is a guy who doesn’t quite have the name value as some of the other guys on the list. However, he does have as much talent as virtually anyone in the ACC. The scoring guard has thrived under coach Kevin Keatts and the up-tempo system he has implemented. Johnson is the go-to guy on offense and has frequently displayed a knack for taking over the game with his scoring. The senior really bends defenses with his passing vision. Occasionally indecisive, Johnson often picks out the correct passes and puts his teammates in the best position to score. He constantly proves to be a menace operating out of pick-n-roll situations. Having had a few years to develop under Keatts and a talented squad around him, expect a big year from Markell Johnson.

Part of Duke’s star-studded 2018 recruiting class, Jones shocked the college basketball world when he elected to return for his sophomore season rather than go pro. He’ll now be tasked with ensuring that his decision pays off, as he looks to engineer a national championship run as the leader of the Blue Devils. Jones’ calling card is his defense, which he arguably plays better than any other guard in the country. He’s also an exceptional passer, as he boasted a 5.3:1.5 assist-to-turnover ratio last year. If he wants to take the next step as a player, Jones will have to develop a reliable shot – and if that happens, he may very well end up number one in these rankings.

Cole Anthony is arguably the best prospect that Roy Williams has ever brought to Chapel Hill. Anthony is ranked 4th in the country via 247Sports Composite and as the top combo guard in the country. A combination of athleticism, three-level scoring, and high-quality decision-making give Anthony all the makings of a truly complete lead guard. Many ACC defenders will lose sleep trying to figure out how to guard Anthony. The 6-foot-3 point guard can lure guys out to the arc with his shooting ability, or use that to leverage his quick burst and blow by his man. His ability to play with pace and adjust on the fly will be maximized under Roy Williams, as Anthony is truly the key for this team to have success. Look for Cole Anthony to be an ACC First Team lock and compete for ACC Player of the Year.

The AP preseason All-America first-team has been announced:

Coming in at number one if the leading returning scorer in the conference, Louisville’s Jordan Nwora. The forward took a huge leap in his sophomore season, averaging 17.0 points per game, and will look to take another one during his junior year. Nwora is probably best known for his shooting ability – he made 37.4% of 6.1 three-point attempts per game – but he’s a terrific all-around player, as he also excels on the boards and is above average on defense as well. The Cardinals have a roster to compete for the National Championship this year, and Nwora will be the man leading the charge. 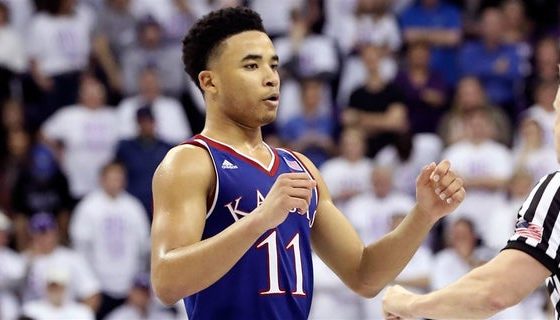 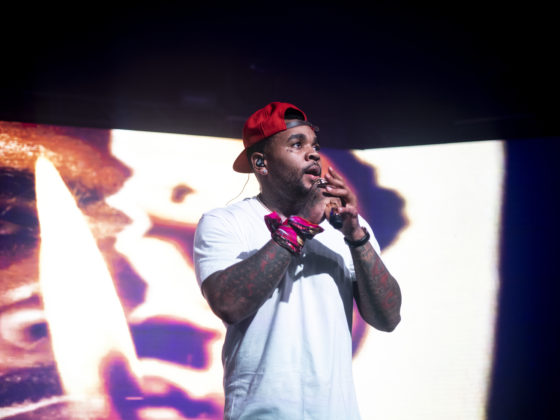