Def Pen Sports continues its 2019-20 NCAA preview series this week with a focus on the Big Ten. The conference saw a major bounce-back last year and put more teams into the NCAA Tournament than previously expected. The conference is top-heavy this year and the talented players will lead more talented teams this year in conference play.

There are only two teams with more than one player in the top ten so the top four or five teams should make for an interesting year.

The rising sophomore has been overlooked because of the Jordan Bohannon injury, but when play starts it will be up to Wisekamp to fill the void left by the injury. The Iowa guard’s freshman season was solid averaging 11.1 points and 4.9 rebounds per game. He also shot 42.4 percent from beyond the arc last year; making the most of his opportunities. While Bohannon may hit the big shots, Wisekamp shoots the better percentage. He will need to carry the Hawkeyes on the perimeter and take a step up in his second year.

Zavier Simpson is the engine that makes Michigan go. It starts on the defensive end where Simpson hounds opposing point guards setting the table for Michigan’s second-ranked defense according to Kenpom. Simpson’s offense needs work though, outside of his unique running hook shot he is fairly ineffective shooting the ball. His ability to set up teammates is where he excels though. It will be interesting to watch his adjustment to new coach Juwan Howard’s system which is sure to be different from John Beilein. If he can improve his 30 percent shooting from three, he should easily be able to build off his All-Big Ten 2nd team tab from last season.

The Boilermakers need a replacement for the sheer amount of offense that Carsen Edwards was responsible for at Purdue. Eastern is already a very accomplished defender, but his offense will almost demand a step up with Edwards no longer beside him on the perimeter. He averaged 7.5 points, 5.5 rebounds, and 2.5 assists last year for Purdue. The offense will undergo a major change without their top scorer and Eastern figures to be a part of that and will need some type of “junior leap” in his third year. He could easily find his way onto the Big Ten defensive team.

Xavier Tillman of @MSU_Basketball selected as the 2018-19 #B1GMBBall Sixth Man of the Year. pic.twitter.com/6HLI1JY24z

Tillman improved in every possible category from his freshman to his sophomore year last season. Tillman’s role increased and his production came with it. He really found a groove in March playing some of his basketball late in the year which coincided with many of his 14 starts. His progression even included attempting 27 threes last season although he shot under 30 percent. It’s fair to assume another jump in his game is coming and he will be key to what many believe is the best team in the country entering this season.

Smith was excellent as a freshman and provided an instant impact on a solid Maryland team. He started every game and averaged double figures and proved worthy of his five-star high school ranking. Smith showed an ability to stretch the defense and should be more than capable of improving his 27 percentage from three. He played last season at only 215 pounds and should no doubt come into his sophomore season stronger. In addition to an All-Big Ten preseason selection by the media, he is also on the preseason Karl Malone watch list.

Stevens is the heart and soul of the Penn State Nittany Lions. He led the team in points and rebounds last year while also being third in assists and blocks. The forward anchors the frontcourt and without a clear answer at point guard, he will need to be even better this year in the frontcourt. This is the senior’s last chance at an NCAA Tournament invitation so expect him to play fired up and compete for a spot on the All-Big Ten First Team. His leadership and his level of play will be vital for Penn State this year.

Dosunmu came in last season as a freshman and immediately led Illinois in scoring. The now sophomore guard was one of the few bright spots in a forgettable season for the Illini. He’s not a great a three-point shooter yet, something he will need to improve if he is to become the first-round worthy prospect he’s currently viewed as. His playmaking is another area he is widely expected to improve after averaging just three a game last season. Still, Dosunmu is electric with the ball in his hands and not many freshmen come in and lead their teams in scoring. The biggest jump players in college make are from their freshman to sophomore years. If that jump comes with Dosunmu expect a big year out of a player who was outstanding in his freshman campaign.

???? ??: Anthony Cowan Jr. has been named one of 20 candidates for the Bob Cousy Award, named annually for the nation’s top point guard!

The Terrapins were ready to have a down year until upperclassmen guard Anthony Cowan Jr decided to withdraw his name from the 2019 NBA Draft. This makes Maryland a true contender for the Big Ten title and the Terrapins leading scorer has some “unfinished business” to attend to in college basketball. He has started every single game of his college career and that kind of experience is invaluable in a conference like the Big Ten. Maryland is going to need a good year if head coach Mark Turgeon wants his coaching seat to cool some after last year’s disappointing ending.

Kaleb Wesson is the focal point of the Ohio State offense coming into his junior season. He led the team in points and rebounds last year, but he was a liability on defense at times. The junior year is the year of biggest improvements for most players and Wesson will need to clean up parts of his game. He flirted with a jump to the NBA last year but decided to come back. The move could easily pay off with a clear jump in play and production.

The presumptive NCAA Player of the Year came back for his final year at Michigan State. There are lofty expectations for the Spartans this year and they all start with their experienced gaurd, Cassius Winston. Last year he led the team in points and assists and also chipped in three rebounds despite his smaller stature. The Spartans and Winston are expecting an NCAA Championship and anything shy of that will be a disappointing season. This is Winston’s last year in the NCAA and he wants to go out on top. Pressure makes or breaks championship runs, but the Spartans are battled tested and ready for the challenge. 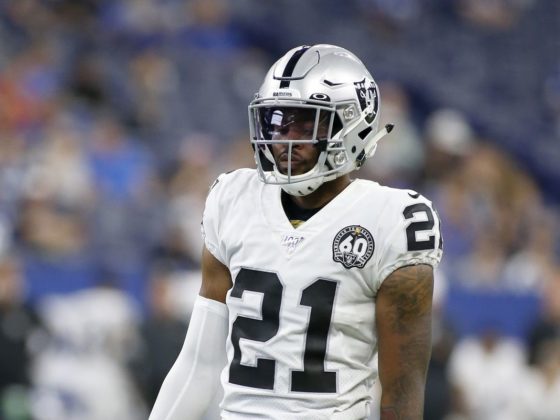