UPDATE JULY 17th- Just three days after the Atlanta Braves had reportedly come to an agreement with outfielder Yasiel Puig, things have changed. Puig tested positive for COVID-19 which means that he will have to wait at least two weeks until he can test negative twice to return to the ball field.

He has not officially signed with the Braves and will remain a free agent, in an Instagram post, Puig noted that he is asymptomatic and urged everyone to wear masks and take precautions to avoid COVID-19.

Though it seemed the Braves had some help coming to their thinning outfield, it will be two weeks at the minimum if the organization hopes to get Puig into the outfield still. There are other free agents, but Puig was one of the best, if not the best, free targeting outfielder still available.

JULY 14th-The Atlanta Braves have reportedly agreed to terms with outfielder Yasiel Puig after they have come across hard times with their outfield situation. While teams across the league hold Summer Camp or Spring Training 2.0, Puig was one of the names that were expected to be highly sought after.

Yasiel Puig is signing with the Braves, per source.

Back in 2019, Puig started with the Cincinnati Reds and was then ultimately traded to the Cleveland Indians at the trade deadline in a blockbuster trade. In total, Puig played in 149 total games (100 with Cincinnati and 49 with Cleveland), where he would hit .267/.327/.458 with 24 home runs and 84 RBI.

He will add depth to the Atlanta Braves outfield, which just suffered some losses. The team announced that Nick Markakis chose to forgo the 2020 season after he felt it was best to try and stay safe amid the COVID-19 pandemic.

Beyond that, the Braves also announced that twenty-one-year-old outfielder Cristian Pache is dealing with an ankle injury that was initially thought to be day-to-day but is still going to remain on the shelf.

As @Ken_Rosenthal noted, Puig still needs to pass his physical and, presumably, a COVID-19 test before his deal with the Braves becomes official.

The exact specifics of Puig’s contract with the Braves are not fully known as he will need to pass a physical as well as a COVID-19 test. Assuming all goes well, Puig should be able to join the Braves, and the remainder of his contract details should emerge. As it stands now, the Braves have added some outfield depth to protect them if Pache is out for a considerable amount of time. 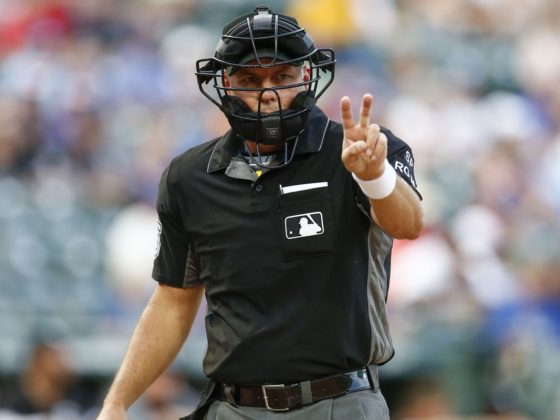