The year 2019 was highlighted by women in Hip-Hop making major moves. PERIOD. Throughout history, women in Hip-Hop have been forced to exist in small waves, act secondhand to male talent or create beef with each other for an industry created, mythical, solo spot.

For the first time in years, multiple ladies are running the conversations surrounding the current hottest in mainstream Hip-Hop. All with diverse sounds, seven female acts reached Billboard’s Hot 100 chart thus far in 2019. Saweetie, City Girls, Nicki Minaj, Lizzo, Cardi B, Megan Thee Stallion and, Iggy Azalea have all placed on one of mainstream music’s most coveted lists.

Megan Thee Stallion freestyles, twerking video and Hot Girl Summer mantra dominated social media and took over an entire season. Saweetie and City Girls both had admirable break-out years with My Type and Act Up respectively. Cardi B earned the 2019 ‘Best Rap Album’ Grammy award for her debut work Invasion of Privacy, a monumental moment for women in Hip-Hop and, rap music.

For the first time, three women rappers, Rico Nasty, Megan Thee Stallion and Tierra Whack earned spots on the coveted 2019 XXL Freshman cover subsequently delivering some of the best freestyle of the entire class. Lizzo’s melodic style of rap is creating a new era for her career including record-breaking singles and leads in nominations for the 2020 Grammy Awards. Hitmaka collected Dreezy, Young MA, DreamDoll, Chinese Kitty and Mulatto for Thot Box Remix, showcasing the talents of each woman individually.

This energy carried by the new wave of rap girls, of course, did not exclude some industry veterans. Trina and Nicki Minaj teamed up on an epic collaboration BAPS, floating over the Cash Money Millionaires Project Bitch instrumental. Rapsody dropped an acclaimed album Eve, created to celebrate and uplift, inspirational Black women. Lil Kim, a God-Mother to Hip-Hop culture even made a return, debuting her album 9 and receiving the “I Am Hip-Hop” Honor during the 2019 BET Hip-Hop Awards. Another living legend, Missy Elliot received her long-overdue Video Vanguard honor during the 2019 Video Music Awards, marking her return with a high energy performance and EP Iconology.

The list goes on. Little Simz, Melli, Asian Da Brat, Molly Brazy, Doja Cat, Kash Doll, Coi Leray, Princess Nokia, CHIKA and more, all liberated themselves through song in 2019. With the influx of music available to listeners at the press of a button or command of a smart speaker, it is easy to miss out on a good song. Beyond the aforementioned artists, dozens of other women also delivered concise mixtapes, albums, EPs, freestyles, and singles in 2019.

Read below for some dope songs lead by women rappers released this year that deserve more spins:

Beef by Flo Milli made rounds in viral tweets and rightfully so. In a laid-back yet cocky demeanor, Flo Milli establishes her dominance and showcases a range of skill, creating an overall bop. Her buoyant spirit masks the bite of some of the bars spit on Beef. The song is fun and colorful in sound and aesthetic however the vicious lyrics remind anyone opposing Flo Milli may be making the wrong moves. The Mobile, Alabama rapper still early in her career shows great potential.

KenTheMan sets the tone as soon as the beat drops. On He Be Like KenTheMan brags on how her sexual partner is enthralled by her physicality. Not only does she bask her own glory, KenTheMan echoes a warning to anyone who second-guessing the validity of her claims. KenTheMan’s potent delivery in the second verse rapping “Yo nigga wanna be down, you lucky I’m turnin’ ‘em down bitch. I think he be with the shits she lucky I ain’t give ‘em rounds bitch” is a verbal jab to anyone who does not duck quick enough. As far as lyrical dexterity, KenTheMan switches flows and offers a catchy hook over a simple beat. Overall He Be Like is one of those ‘run-that-back’ tracks.

Omeretta The Great consistently delivers heat and Mad is no exception. On Mad Omeretta The Great reflects on her new success and using the negative energy to fuel her passion. Mad comes from her project Welcome To The Jungle which features artists such as YFN Lucci. Omeretta The Great takes a popular approach on some of Hip-Hop’s biggest hits: talking shit. Just Like Cardi B on her breakout hit Bodak Yellow, Omeretta The Great uses Mad to address any and all haters, any beef and anyone who may wrongly believe they can compete.

Kelow LaTesha takes inspiration from one of Nicki Minaj’s most popular one-liners, putting her own attitude on the simple but effective insult “I look like yes and you look like no. Kelow LaTesha spins the phrase to “look like yes bitch, you look like no” over the hypnotic beat. On her 2019 EP TSA, Kelow LaTesha drips with confidence and swagger. If presented as a dissertation, Kelow LaTesha effectively proves her thesis that she can indeed have any girl she has her eyes on. Her alternative rap-sound includes electronic beats and brash lyrics that put Kelow LaTesha in a class of her own. The Real Deal builds up energy, all released in the easy-going, repetitive hook.

Dreezy is arguably one of the most consistent rappers in the game right now and it’s no surprise that a link-up with fire spitter Kash Doll created one of the best rap duets this year. Her release Big Dreez was full of heat, however, Chanel Slides stands out. Both Dreezy and Kash Doll make perfect use of their midwestern annunciation quirk adding potency to every line as the two to go bar for bar. While Dreezy kicks the track off, Kash Doll wraps it up with one of her finest verses yet. Both girls match each other in attitude and skill and glam and the Chicago-Detroit pairing will hopefully happen more on future tracks.

Offering a fun, raunchy approach to dating, KVtheWriter raps about her demand for a well-endowed man on Dickprint. Beginning with a phone conversation, Dickprint tells the story of a young woman being nervous she ended up with a man who does not meet her physical standards. Her friend encourages her to check and well, the rest is history. From her project The Ratchet Tape, the energetic song celebrates the infamous spirit of BDE. The perfect twerk beat is a bonus.

Queen Key channels all of her Chicago energy on Hey delivering a song that’s equal parts roast session and major personal flexes. Queen Key’s ability to showcase her comical personality through her music makes her sound pop. Although lyrically, Hey is more relaxed, the beat is a signified party-starter. Queen Key raps nonchalantly, stringing together simple rhymes that land each time. The nonsensical song is a definite banger.

Kari Faux sings and raps on her journey through the roller-coaster of life and dealing with the repetitive highs and lows. On Medicated, Kari Faux expresses disdain for medication to cope with the emotional stress and the ways she copes with racing thoughts. The vulnerable song is lyrically sound and highlights the versatility of Kari Faux’s talent. Medicated is the first track on Kari Faux’s 2019 EP Cry 4 Help, an introspective look at the artist’s trauma and resulting behaviors.

Maliibu Miitch brings an authentic New York sound to a Hip-Hop field currently dominated by other regions. On Celine, Maliibu Miitch raps about a lavish lifestyle fronted by a man, however, she can equally back-it-up. She knows that she is the prize and refuses to be adorned with less than. Maliibu Miitch uses persuasive language and boasts sexual skills to in-turn get what she wants both physically and financially.

Rico Nasty and producer Kenny Beats teamed up and delivered Rico Nasty’s only 2019 project, Anger Management. The entire mixtape was a ride through an episode of anger, excitement, rage, gratitude, and peace. On Hatin, Rico Nasty takes a classic Jay-Z beat and adds her punk-rap spirit, celebrating gutsy women everywhere. Rico Nasty encourages women to channel their inner boss and hit the club, paying no mine to the population of haters known as men. As she raps, “I’m just speakin’ straight facts and I hope that you listen” Rico Nasty delivers witty, quotable bars and never misses a beat.

Including these 10 tracks, here is our playlist featuring 40 of the best songs lead by women in Hip-Hop released or popularized in 2019. 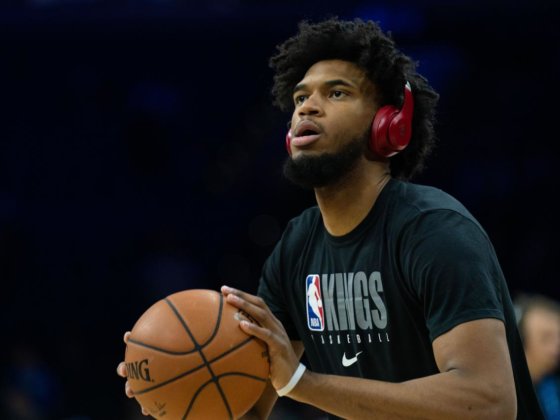