Back in November, many believed that Kobe Bryant and Carmelo Anthony met at Madison Square Garden for the final time in the big apple. That game came down to the last minute, but the New York Knicks pulled off the home win. Fast forward to March and Kobe Bryant has long since announced his retirement so when Carmelo Anthony and his Knicks traveled west to take on the Los Angeles Lakers, the hype was warranted.

Little did anyone know, Jose Calderon would come up with the biggest shot of the night when he hit a game-winning three coming off a broken after timeout play and the Spaniard would just calmly walk down the court. No, seriously. He just hit a shot with 0.2 seconds left to beat the Lakers and he just strolls down the court. Ice cold.

The matchup between the two opposite coast stars did live up to the hype. With Kristaps Porzingis missing the game due to a stomach virus, Carmelo scored 26 points on 10-20 shooting while also grabbing 12 rebounds and handing out four assists. Bryant had a quick dip into the fountain of youth when he scored 14 points on 5-15 shooting in 27 minutes of action. 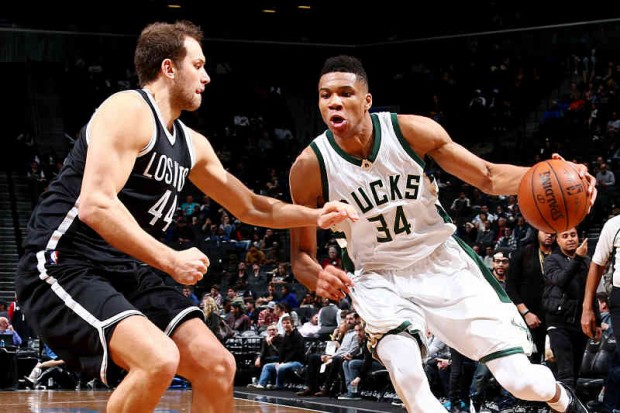 VIDEO: Giannis Antetokounmpo Puts On a Show In Brooklyn During Triple-Double Game