The Phoenix Suns decided to buyout Tyson Chandler from his contract earlier this month. Chandler quickly elected to join the Los Angeles Lakers on a veteran’s minimum contract.

Chandler, an 18-year veteran, former NBA champion and Defensive Player of the Year, brings a lot of experience to a team looking to contend for the playoffs. With that experience, the Rockets and Warriors thought they could add him to improve their roster for a push to the finals. Both teams tried to add him last season but the Suns wouldn’t cut Chandler.

Following comes from Marc Stein of the New York Times.

The Rockets and the Golden State Warriors weren’t merely Western Conference finals opponents last season: They were also locked in a quiet battle to try to acquire the veteran center Tyson Chandler — provided Chandler could secure a buyout from the Phoenix Suns.
At that time, though, Phoenix wasn’t willing to let Chandler go, since he had a season and a half left on his original four-year, $52 million with the Suns.
The Suns’ new front office, headed by General Manager James Jones, acquiesced early this month and set Chandler free far earlier than we typically see buyouts take place — with Chandler growing ansty to get to a more competitive team at this stage of his career.

When the buyout was actually done this season, both teams reached out again along with a few organizations. In the end, Tyson decided to go to the Lakers to team up with LeBron James. Possibly thanks to some help from a connection James has with Suns executive and former teammate James Jones, someone LeBron has caped for in the past.

Tyson Chandler said there were 5 teams in the mix for his next landing spot and he narrowed it to two: Lakers and the Warriors. Ultimately says he could only see himself in a Laker uniform.

Tyson Chandler said there were 5 teams that expressed interest in him after the buyout with Phoenix, and he narrowed it down to two (Lakers and Warriors). He was grateful to the Suns for giving him the chance to move, especially early in the season, so he’d have time to gel.

Since his arrival to the Lakers, Chandler has proved his value on the defensive end. On Sunday’s game against the Atlanta Hawks, he blocked Trae Young at the buzzer and getting the win 107-106. This game put the Lakers at a 7-6 record on the season.

Tyson Chandler secures the dub with the block on Trae Young!#LakeShow pic.twitter.com/4pOduQxftF 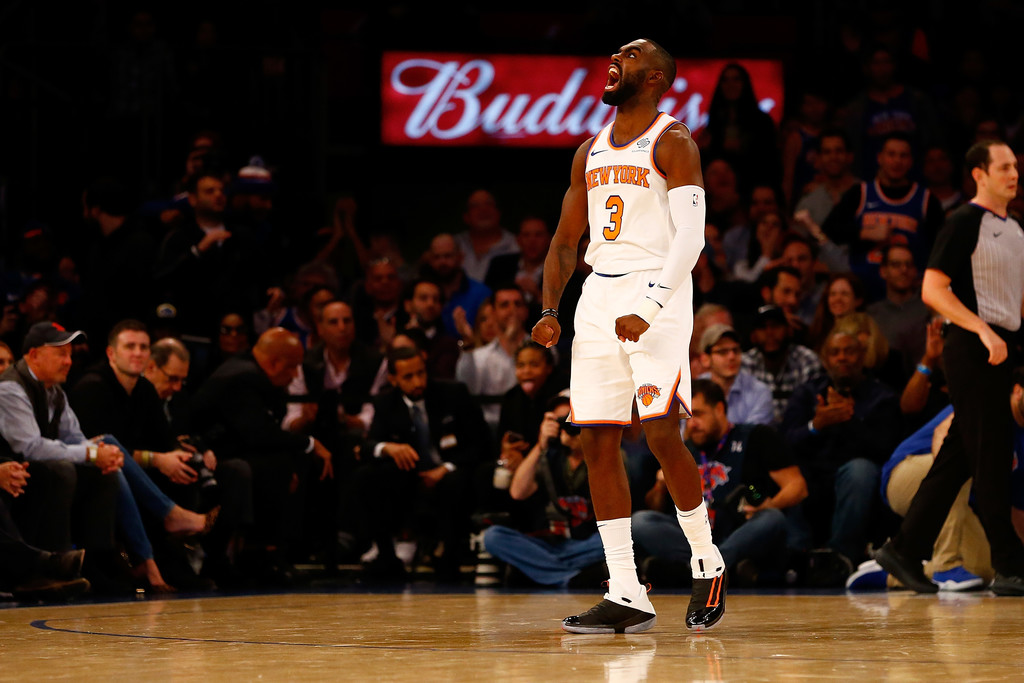 Knicks’ Investment in Tim Hardaway Jr. is Starting to Pay Off

Trae Young: ‘I’m Going to be a Better Player’ Than Luka Doncic