Nearly every season since he was traded to the Cleveland Cavaliers, Kevin Love has been the subject of trade rumors. Not fitting in, not buying in, not adjusting, the list goes on and on. One championship and one questionable contract extension later, ESPN’s Adrian Wojnarowski broke the piece of news that has been long speculated: Cleveland is ready to listen to trade offers for Love.

The time has come, the situation is right, and the groundwork has been laid. The Cavaliers are in year two of a rebuild that has no clear end in sight. There is young talent on the roster that would benefit greatly from not only playing on the court but actually playing together. John Beilein is fully invested in starting from the ground up with the Cavs young players, to the dismay of a few veterans. The 66-year-old rookie head coach is reportedly going through the fundamentals, a tactic that could help Collin Sexton, Darius Garland, and Kevin Porter Jr., who combined have played in 59 college basketball games. This is not the place for Kevin Love anymore.

Cleveland’s front office did an admirable job last season directing a sinking vessel, scooping out some water along the way. Alec Burks, Kyle Korver, George Hill, and Rodney Hood all yielded some return. The front office took on bad salaries along the way, for the price of first-round picks, and clearly tanked. But they also held on to J.R. Smith, a contract that everybody seemed to think had great value because it essentially wiped out $12 million in salary space to the team that took him on. Cleveland’s asking price was reportedly too high, and they cut Smith and paid his guarantee. While it is entirely possible there was no good trade for J.R., the Cavs reportedly turned down offers involving first-round picks for Smith. General Manager Koby Altman and the front office cannot make a similar mistake with their best tradable asset.

Woj reported that the Portland Trail Blazers, Boston Celtics, and Denver Nuggets are interested in Kevin Love. All of those teams make sense – playoff teams (though the Blazers are really making that difficult) who could use another high-level player to push them over the edge. Really, nearly every playoff team should be inquiring about the cost to acquire Kevin Love. The star-hunting Miami Heat could be in the discussions too, as they have bad salaries that could be sent back to the Cavs. Kirk Goldsberry mentioned the Brooklyn Nets on The Hoop Collective podcast, reuniting Love with Kyrie Irving.

Surface-level, the Blazers seem like the ideal fit. It would be a homecoming for Love and it would fill a huge need for the injury-depleted Rip City roster. Portland has young players who would interest the Cavs as well as their 2020 first-round pick. Zach Collins, Anfernee Simons, and Nasir Little would fit Cleveland’s timeline and bring a skill set that is currently not on the roster.

Boston currently has the fourth-best defensive rating in the NBA, a stat that would probably change for the worst with Love in the starting lineup. While a pick-and-roll with Kemba Walker would be enticing and add another element of offensive potential, that is not the Celtics methodology to winning. They have excellent defensive rotations and play with a certain intensity that does not suit Kevin Love’s abilities.

Denver has shown interest in Love for several seasons, including last year. The Nuggets could put together a compelling package, as they have one of the best young rosters in the NBA. Paul Millsap, an expiring contract, would most likely have to be in the deal to match salaries.

Miami makes a lot of sense too. The Heat are always star-hunting and Love would improve their offense, which so far appears to be the only weakness. Miami is 12th in offensive rating and 14th in points per game. They also average the most turnovers per game and are 16th in 3-point attempts per game. There is certainly room for improvement, and Love could help. The Heat have a stout defense and a veteran coach who is used to handling stars, two things the Cavs do not have. Love would provide excellent spacing and rebounds, as well as another playoff-tested player to pair with Jimmy Butler.

While Goldsberry mentioned Brooklyn, that does not seem like the right course of action for the Nets. They will likely wait to see what the team looks like with Kevin Durant and Irving both healthy before making more major changes.

But the overarching theme in all of these teams is that there does not seem to be a huge market for Love like the Cavaliers front office thinks. On the Hoop Collective podcast, there was a unanimous feeling that the Cavs would be getting pennies on the dollar for their lone star. ESPN’s Brian Windhorst mentioned on the pod that Love might have to be considered a salary-dump instead of a prime asset. Granted, Love’s contract is tough to swallow, but it does descend in value in the final season. Still, it is two seasons of $31 million each for a power forward with a history of injuries and defensive shortcomings.

Portland is already paying an obscene amount of money for Damian Lillard and CJ McCollum and cannot really afford to give up young players, many of whom are already rotational pieces out of necessity. Denver may not want to break up a promising core that has not reached its peak. Windhorst noted that Miami can be basically scratched off the list because they do not want to compromise their cap space for the summer of 2021. Boston seems unlikely given they have used up a lot of their once mountain-high pile of assets. And these are not my own pessimistic opinions, these are echoed by NBA analysts who know the feelings of NBA organizations. Teams feel like they are doing the Cavs a favor by taking on the rest of Love’s contract and giving up young players and/or picks. The reality is that the Cavs expectations will have to be appropriately measured.

Cleveland does not have time on their side either. Joe Vardon and Shams Charania of The Athletic reported that the Cavaliers’ veterans are upset with John Beilein’s collegiate coaching style. Undoubtedly, Love is among the players grumbling. In an interview with ESPN’s Tim Bontemps, Love came forward and said that it is tough going from playing for championships to getting smashed by 40 points in two straight games. Windhorst mentioned on the same Hoop Collective podcast that the Cavs front office is concerned that attitudes of the veterans are going to negatively impact the young players on the roster. The threat of that is something the Cavaliers have to take seriously.

Of course, having a stretch big who can make the right passes and space the floor would also help those young players develop. Having a veteran around to teach young guys the way of the league and how to do things right is important. Love was in that position and even mentioned it in the Bontemps article. But the sand has run out of the hourglass.

Cleveland will do right by trading Kevin Love, but whether it is this season or not remains in question. If the Cavaliers are not presented with an offer that meets their demands or at least gets close enough, history shows that they will sit on the asset and wait it out. They have even more time to do so with Love, who would become more tradeable as his contract length declines. If he can maintain a clean bill of health to boot, the Cavs will have made a smart move. If he gets hurt or makes a formal public demand, their ability to get back some value decreases every second. The teams mentioned make a lot of sense to go after Love, but it seems like this situation could drag out. 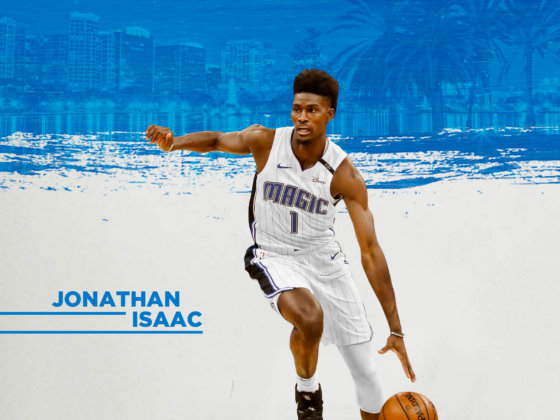 Jonathan Isaac and His Defense are Shining Through Orlando’s Mediocrity 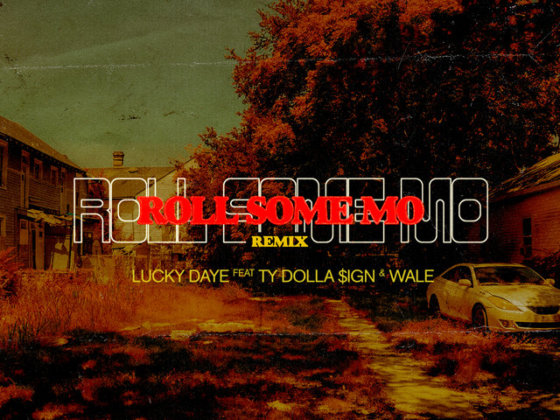