With most countries already holding their national meets and Olympic Trials, there are still athletes out there not heading to Tokyo that needs to keep their season going and try to make some money doing it. For those headed to the Olympics, some are still looking for tuneup races, and to keep their legs fresh against elite competition, the Diamond League is the perfect place to do that. The Stockholm Diamond League meet was great as it usually is, and there were some great times and marks made including a Diamond League Record.

Ronnie Baker, an American headed to Tokyo in the 100m, took the win in the same event in Stockholm. His time of 10.03 He took the win over Italy’s Lamont Marcell Jacobs who finished second in 10.05. Chijindu Ujah of Great Britain rounded out the top-3 with a 10.10s sprint. Baker is slated to compete for the USA in the Olympics, the Louisville, KY native has had quite the season dating back to the indoor season this past winter.

The men’s 1500m featured some very talented runners. The times were fast and the competition was deep. Kenya’s Timothy Cheruiyot was the top runner and the only one to finish under 3:33. He led the field with a 3:32.30 just about one second over Ignacio Fontes of Spain. A pair of Ronald’s battled for third. Ronald Kwemoi of Kenya took the bronze over Ronald Musagala of Uganda. They both ran 3:33.53 and 3:33.99 in a very deep field of mile runners. Everyone who finished the race ran sub-3:40.

In the 400m hurdles, potential Olympic medal favorite, Alison dos Santos took down the rest of the field with relative ease on his way to an Area Record, Brazilian Record, and Personal Best. dos Santos crossed the line in 47.34 over Turkish opponent Yasmani Copello as well as Jamaica’s Kemar Mowatt. Copello and Mowatt ran 48.19 and 48.75 respectively. This will be one of the most heated events in Tokyo with so many talented hurdlers. The Americans have a strong field of their own led by Rai Benjamin. Keep an eye on this event.

Armand “Mondo” Duplantis took the win in the men’s pole vault. Mondo set a meet record of 6.02 meters over American Sam Kendricks. Kendricks is a potential medal winner in Tokyo and will have to battle it out with Duplantis, the world’s best when they meet in Tokyo. Renaud Lavillenie, the French pole vault star finished up in third.

On the women’s side, the 800m was one of the most intense races of the meet. Rose Mary Almanza of Cuba took the win in a meet record and personal best of 1:56.28, if she can recreate that time later this season in Tokyo she will be a strong contender for a medal. The Cuban women just won the 4x400m World Relays title earlier this season with Almanza’s help. In second, just right behind the winner was Jamaica’s Natoya Goule. Goule has had a strong season and her 1:56.44 was good enough to defeat the top American, Kate Grace.

The meet record for the 3000m steeplechase was broken as well. Hyvin Kiyeng of Kenya took the win over Germany’s national record holder Gesa Felicitas Krause. Their times of 9:04.34 and 9:09.13 were the only sub-9:10 performances. Beatrice Chepkoech also of Kenya took third in 9:10.52 over a tough field that had eight-season or personal bests.

The women’s 400m hurdles could be one of the best races in the history of track and field. Sydney McLaughlin broke the world record at the U.S. Olympic Trials becoming the first woman to run sub-52 with a 51.90 performance. She took down former world record holder Dalilah Muhammad and both will represent the USA in Japan. This diamond league race featured another potential medal winner in the upcoming Games.

Femke Bol of the Netherlands is the best European hurdler in the world and she showed exactly why against top competition in Stockholm. Bol rounded the track and over 10 hurdles in just 52.37 seconds. She set a national record, meet record, and Diamond League Record for the 400m hurdles. While her time is slower than McLaughlin and Muhammad’s bests, she is right there to perform with them this summer.

Shamier Little, the fourth place finisher from the U.S. Trials, finished second in a personal best of 52.39, she nearly caught Bol but was unable to in the final stretch. Anna Ryzhykova of Ukraine also ran a sub-53 second time and set a new personal best and national record of 52.96. She will be a potential finalist in Tokyo.

Back-to-back #DiamondLeague wins for Femke #Bol ?? in another European U23 400m hurdles record of 52.37.#StockholmDL??

To round things out, the women’s high jump was a heated battle between Australian and Ukrainian athletes. They would make up the top four of the final results. Yaroslava Mahuchikh of Ukraine set a new world lead with her 2.03m mark. She attempted to clear 2.07, but was unable. Nicola McDermott of Australia continued her successful season with a new best of 2.01m. That also set an Area Record.

McDermott was followed by fellow Aussie Eleanor Patterson who cleared 1.96m, the same as fourth place Iryna Gerashchenko of Ukraine. Patterson had fewer misses than Gerashchenko. The Stockholm meet almost always produces great times and marks and it didn’t disappoint in a strange Olympic year. There will be more races to keep up with outside of Tokyo.

Full results from Stockholm can be found here. 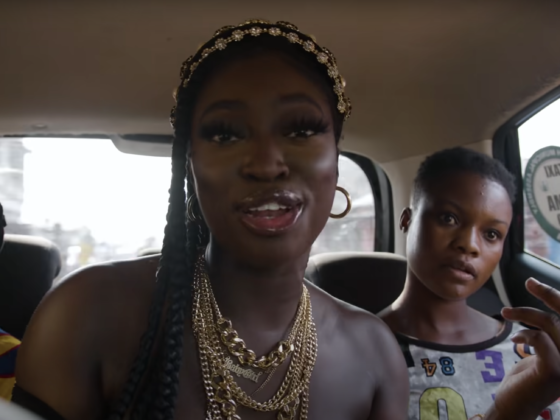 ShaSimone Shows Why She’s Next Up With “Back To Sender” 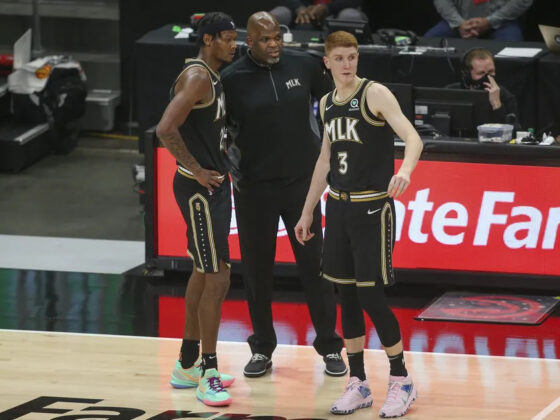