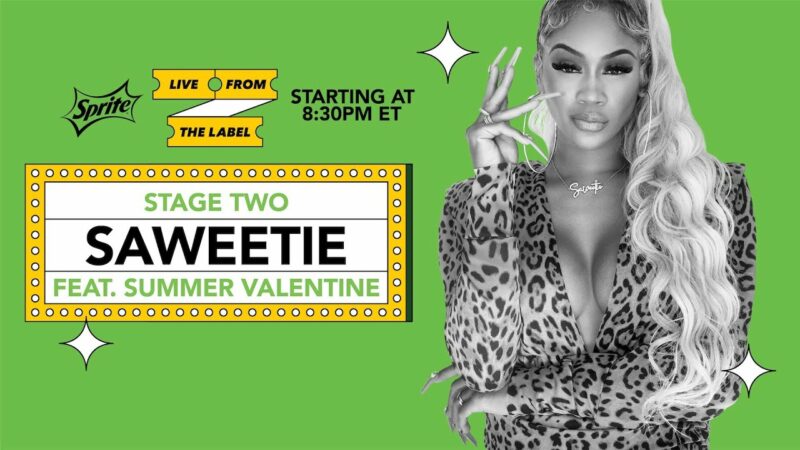 The sun is out, the temperature is heating up and festival season is in full swing. Rolling Loud, Lollapalooza and several other festivals are welcoming fans back throughout the summer and into the fall. However, the COVID-19 pandemic is not over and many fans feel a bit uneasy about heading back out into open venues with large amounts of people. It’s completely understandable to have concerns about attending a large event during a pandemic, so Sprite has provided a solution.

Sprite has pulled in superstars like Latto, Saweete and Jack Harlow to host virtual shows for their fans as part of the “Live From The Label” concert series. Joining them, Sprite has enlisted rising acts like Summer Valentine, Ryan Trey and ChloTheGod to add to the fun. This week, Saweetie and Summer Valentine are holding things down live as Brandon “Jinx” Jenkins, DJ Drama and DJ Nyla Symone lead us through the night.

She’s come a long way from being a young USC student rapping for J. Cole during the early portions of his own career. Nearly four years after breaking through with her “ICY Girl” video, the Los Angeles native has performed on Jimmy Kimmel Live!, starred on Grown-ish and landed a McDonald’s partnership. Not to mention, she’s worked with some of the biggest stars like the Black Eyed Peas, Post Malone, Jack Harlow and the City Girls. She is the true testament that if you put the work in good things will come to you.

Projects To Check Out: Decisions

“Live From The Label” is not only providing performances from your favorite artists. It’s also putting you on to acts, so that you can be the first of your crew to say, “I put you on to Ryan Trey, ChloTheGod and Summer Valentine.” Coming from Philadelphia, Summer Valentine has been rapping since she was 8 years old, but she’s just getting started. In December, she delivered her latest EP, Decisions, with stand-out tracks like “M.I.A” and “Right Back.” Heading into the second half of 2021, she is looking to take things to the next level.

The night is just getting started. Saweetie is getting ready to take the stage and perform all of her biggest records ranging from “My Type” to “Best Friend.” Maybe, we’ll even get a guest appearance from Doja Cat or a sneak peek at a new single.

Best Moments Of The Night

With beautiful and talented young artists getting ready to take the stage, there are sure to be fireworks. Not to mention, the cultural historian Brandon “Jinx” Jenkins and the legendary DJ Drama will be in attendance. If you’ve tuned in, you’ve made the right decision because there will definitely be big moments tonight.

Over the last year or so, Saweetie has shown that she has….interesting taste? Interesting maybe a mild characterization, but it sure gets the people going. The MTV VMA nominee has eaten spaghetti with ranch dressing, oysters with ramen seasoning and noodles with Hot Cheetos. During a brief conversation with Summer Valentine revealed that her four go-to foods are oysters, tacos, sushi and pasta.

Philadelphia is no stranger to the music industry. Over the years, the city of Brotherly Love has produced legends like Black Thought, Patti LaBelle, Questlove and Jill Scott. To this day, the city still produces stars like Meek Mill, Pink Sweat$ and of course, Summer Valentine. During a brief conversation, Summer Valentine told Brandon “Jinx” Jenkins that her favorite artist coming out of Philly right now is Tierra Whack. To be honest, who doesn’t love Tierra Whack? The GRAMMY nominee consistently delivers out-of-the-box visuals to compliment her top-tier wordplay. Earlier this month, she dropped a new single called “Walk The Beat.”

As previously mentioned, Saweetie has accomplished a lot in the four years that have passed since she broke through to the mainstream with “ICY.” With that said, she still hopes to accomplish so much more. In fact, she shared a lofty goal with Jinx moments before she takes the stage. In the future, the Los Angeles native hopes to her alma mater, USC, and teach. 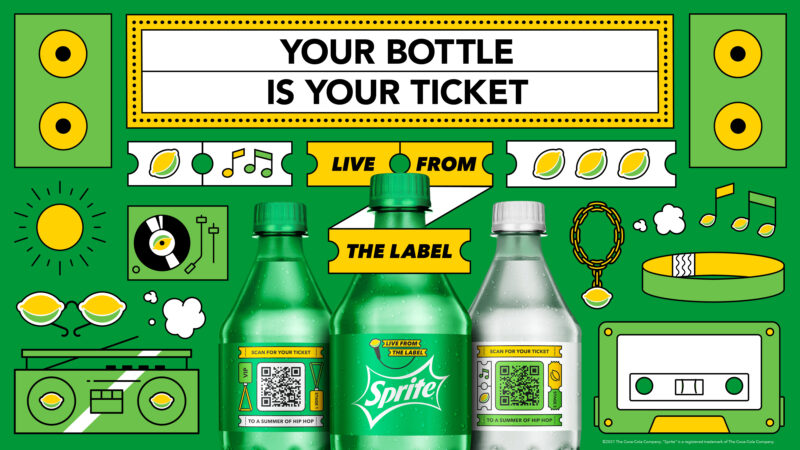 How To Stream: Grab A Bottle Of Sprite At Your Nearest Convenience Or Grocery Store 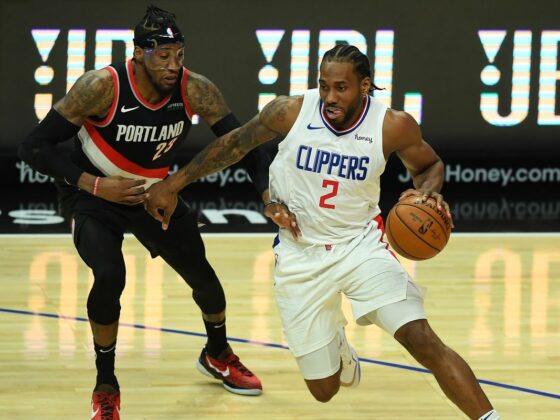