Prim Siripipat is not only one of the most genuine people you’ll ever meet, but just as interesting. Too great presently to be simply summed up as a ‘former’ anything. A great woman, an expecting mother, an inspiration. Check out the conversation I was privileged to have with her recently right here!

Mariano: Who would you credit as being the first role model as far as showing you what being a strong woman meant?

Prim: My mother was definitely my first female role model. As a kid (and young adult), you tend to take so many things for granted because your view of the world is so short-sighted and simple-minded. The older I got, however, the more I realized how lucky I am/was to have a mother who was so loving, selfless, and dedicated. I also realized how a lot of parents just don’t have the appropriate resources to provide for their children, whether that is financially, logistically, or even emotionally. I was lucky that my parents had a lot of those things at their disposal and if they didn’t, they found a way to get it. The sacrifices my mother made during my childhood were well beyond what most parents did for their families. Whether it had to do with academics, athletics, or extracurricular activities, she always made sure my brother and I were in the best position to reach our potential. My mother/parents weren’t perfect, but generally speaking, they were amazing role models.

I want to congratulate you and my main man Ben on your baby. It’s truly a blessing. How has the reality of being a mother changed the way you view things in general?

Thank you!!! People say all the time that everything changes once you become a parent. Everything. And it’s true. Your perspective on life drastically changes. Your priorities change. What you value or prioritize changes. Even your purpose in life – everything shifts. I was very selfish for most of my life. Whether it was school, tennis, or my professional career, I was always focused on my needs and my trajectory. Now, it’s all about doing what is best for our child as opposed to what is best for me. I am also very aware that, like it or not, Ben and I will be this child’s most influential role models. Every word, behavior, and decision will be followed or mimicked by our son. That is both, exciting and intimidating, at the same time.

“I learned that even if my spirit does get broken, it is temporary, and I have the strength to overcome just about anything that comes my way.”

What did the game of tennis teach you that carried over into life off the court as a lesson you could use moving forward?

There are so many lessons I learned from the sport, whether it’s about goal-setting, discipline, teamwork, leadership, or learning how to compete. The most important lesson I learned from tennis was learning how to deal with failure and how to develop resiliency. Losses, obstacles, and challenges – they are an inevitable aspect of life. Learning how to deal with adversity is the one thing that sets apart the good from the great and it is the one characteristic all successful people have in common. Tennis taught me so much about coping with failure, developing the ability to self-reflect and analyze one’s mistakes, and knowing how to adapt and move forward (rather than get discouraged and, or stuck).

In the same realm, did you learn more about yourself as it pertains to strength, mentally and physically, after the injuries?

It was only recently that I was able to see the true value of having experienced so many injuries, particularly during my junior year at Duke when I underwent three operations. My body was completely breaking down after all the years of training and at 20, I had three surgeries in three consecutive months on my right shoulder and both knees. For years, I carried a lot of pain and disappointment for not having ended my athletic career on my own terms. Recently, however, I realized how that experience was the one thing that actually propelled me to achieve success later in life in my professional career. I learned that no matter how broken my body is, there is absolutely nothing that can kill my spirit. I learned that even if my spirit does get broken, it is temporary, and I have the strength to overcome just about anything that comes my way. I learned that life is uncontrollable, but we can always control how we respond to these events. I learned that bad things happen to good people and no one is immune to adversities, obstacles, and tragedies. I also learned that what seems “bad” (e.g. a tragedy, challenge) can often at times be the best thing for us, but it is up to each individual to make the best of the situation and turn it around.

How do you see yourself serving as a role model to not just young athletes, but young women specifically?

I hope young athletes, kids, and girls all see the power each of them possesses. Yes, life is full of surprises and unexpected events, but there is a lot more in your control than you think. If a little Asian girl from a small Midwest town can become a top nationally ranked athlete, get a scholarship at Duke University, and become a sports anchor at ESPN, they can too! Despite my small stature at 5-foot-2, I was able to compete at the professional level against people who were much bigger and stronger than me.

Despite being a woman in a male-dominated world, I found a way to beat the odds and become a part of broadcasting’s first ever all-female show, Spain & Prim. Despite being a minority, I found a way to use that to my advantage and move up the ranks in a world that is still run by white males. But those were my dreams. If there is anything you can learn from my path, it is 1), dream and dream big, because the only limits that exist are the ones you impose on yourself and 2), stay true to you, which means don’t play the comparison game; focus on your path, not others. It’s not a competition, nor is it a race. Everyone has different gifts and timelines, which means your path will be wonderfully unique to you.

Were there any particular stereotypes or pigeonholes you faced growing up that fueled you? What advice would you give those facing similar situations?

Yes. Tons. Stereotypes, expectations, societal norms – they exist for every single individual. When I first started in the television industry, I was told I would have to cut my long hair because it was too “sexy, messy, and feminine.” At the time, all television anchors and reporters had short hair. They told me I would have to change my name because it was “too ethnic” and too difficult for Americans to remember or say. People also said I was going to have a difficult time getting into sports as a female because it was “too cutthroat” and I didn’t “know enough about sports.” Maybe it was naivete or ignorance, but I completely ignored everyone. I didn’t understand why all these things mattered as long as someone proved their worth and could do the job. I decided to keep it all – my long hair, my “ethnic” name, and my dream of becoming a sports anchor. I busted my butt and less than a decade later, I had achieved my dream of becoming a sports anchor at ESPN. And guess what? I still had my long hair and my name. I hadn’t changed a damn thing.

Before we wrap. I saw that you attended a taping of “The Shop” in NYC. What was the biggest surprise or takeaway you remember leaving with?

Attending the premiere of “The Shop” was such a phenomenal experience. It exceeded my expectations. I was impressed with the authenticity of the conversation between all the athletes and guests, including Lebron James, Mav Carter, Jon Stewart, OBJ, Snoop, Candace Parker, etc. We’re used to seeing athletes and celebrities all “buttoned up” in front of the camera. The media landscape has completely changed that dynamic, where athletes now have the power to speak on their own terms, whether it’s from their social media accounts or through their own shows (podcast, digital, or television). As a result, we are getting to see these athletes through a much more authentic lens. They have the freedom to be completely themselves and speak out on their own terms, which is a new dynamic that is refreshing and eye-opening. We all know that it doesn’t get any more real in terms of the conversations that take place at any barbershop. Experiencing it in person is normal, but to see it up on a screen was powerful. Having the courage to be yourself when the cameras are rolling is a lot more difficult than people think. Take it from someone who’s been in the business for over 15 years – if it were that easy, we’d have a lot more successful sports anchors, television stars, and, or radio hosts! 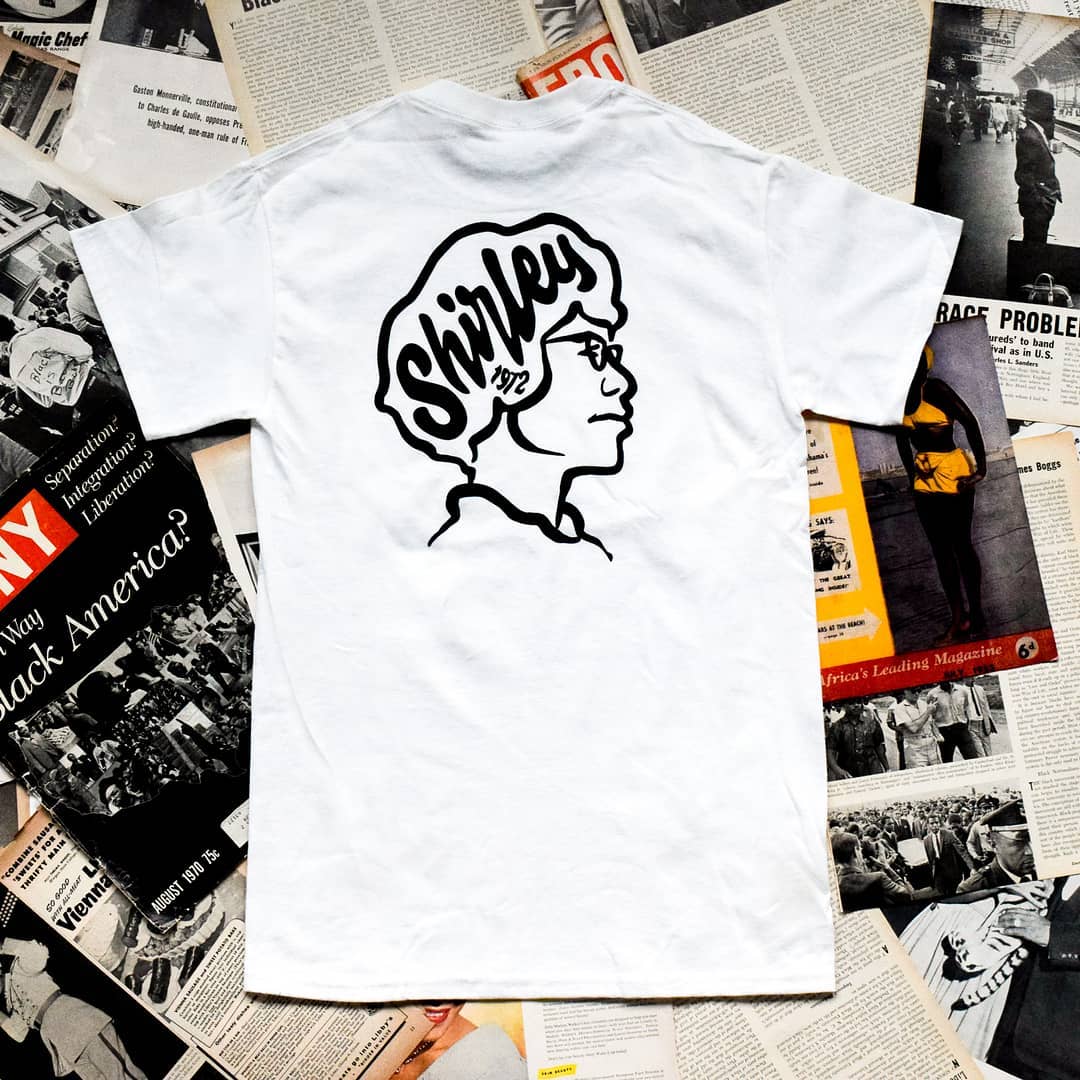 #BlackInStyle: Philadelphia Printworks Is Bridging The Gap Between Social Change and Apparel 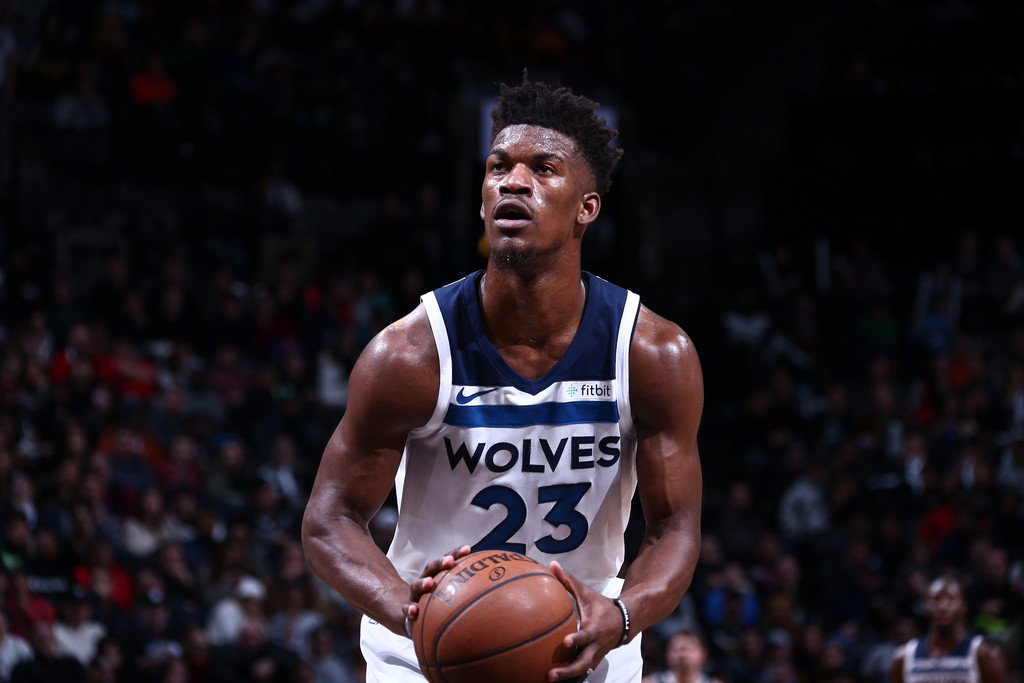 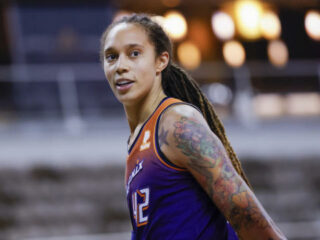 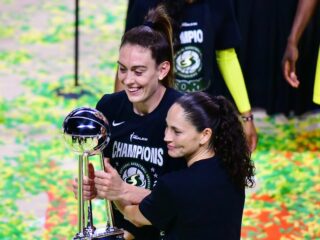 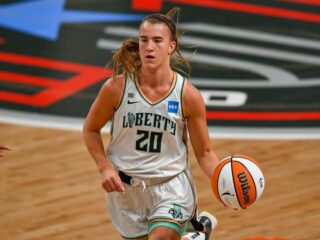 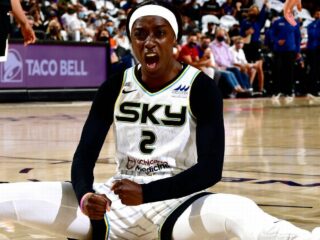 Kahleah Cooper Returns From Overseas to Play With Chicago Sky