With the Dallas Mavericks set to play the New York Knicks in Madison Square Garden town, it’s only right fans of both teams verbally duke it out on social media. However, despite the at-times contentious interactions between the two fan bases, both sides of the coin agree on one topic: Kristaps Porzingis.

Surprisingly, the Knicks find themselves in the thick of things as the 5-seed in the Eastern Conference. Meanwhile, the play-in tournament potentially fits the Dallas Mavericks’ near future.

Despite Kristaps Porzingis not evolving into a perennial All-Star, the All-Bubble center fits as a significant piece for Dallas’s playoff run. Unfortunately, for the one-time All-Star, trade rumors (albeit untrustworthy) and cries of regret coincided with the conversation.

It’s easy to point out the negative talking points surrounding Porzingis. Frankly, the combination of health issues and the max contract feel like black clouds to certain corners of the MFFL hive. The truth is, Dallas had nothing substantial to offer rookie Luka Doncic for a second option.

Apparently, Doncic’s astronomical rise in status incidentally forced the Mavericks’ hand to make a huge move. During the 2020 playoffs, Porzingis showcased a dominant level of basketball, in spite of heroically playing through a torn meniscus. Before the roller coaster performances of this season, past playoff production primed Porzingis for All-NBA status.

Before Kristaps Porzingis arrived in Dallas, the talks of Dennis Smith Jr’s performance in Madison Square Garden played like a song building suspense. Yes, it was nice to see the former lottery pick perform well in the spotlight, but after seeing the embrace between Porzingis and Doncic, the successful outing felt like a tryout for another team.

Leading up to the trade, it felt like a race of time between Marc Stein, Shams Charania, Adrian Wojnarowski, and Tim MacMahon to finish the story. Unlike the DeAndre Jordan free agency fiasco, the Mavericks weren’t the butt of the joke during the live-Tweeting event.

Typically, trades of such magnitude don’t finalize in less than a day.  However, the process of the Mavericks acquiring the disgruntled big preordained. In less than four hours, Porzingis’ trade request was granted.

Looking back, aside from the draft picks, Dallas received more in the trade than fans like to admit.

At the time, Tim Hardaway Jr. was perceived as an aimless scorer, which in the Mavericks’ system proves false. Trey Burke, although not exactly having a great season, had a tremendous burst in the bubble. Lastly, Courtney Lee provided quality professionalism and spot minutes.

Hindsight is 20-20, but I doubt Donnie Nelson would have the trade any other way. Dallas shipped players of no consequence. DeAndre Jordan had no future with Dallas; the Wesley Matthews experience ran its course; Dennis Smith Jr was fun, but didn’t mesh with Doncic.

Upon arrival, rumors of Porzingis not signing long-term hit the internet.

Sources: All-Star Kristaps Porzingis is planning to inform the Dallas Mavericks his intent is to sign the qualifying offer in restricted free agency this summer.

Again, aside from draft picks that likely won’t land in the lottery, Dallas didn’t nearly sacrifice enough to regret the move. I know talking about 2019 free agency triggers bad memories for Knicks’ fans, but shipping Porzingis had free agency implications.

In 2019, the trade smelled of Knick-level fumbling of talent. Moving on from an All-Star without much resistance felt like a bad move.  Frankly, the trade appeared as a massive underselling of Porzingis.

However, in the current day, saving money by trading an on-and-off-again pseudo-star bodes well for the competitive timeline of the Knicks.  Perhaps the Knicks played their hand suitably for the situation. Gaining two picks from Dallas allows future moves and the option to continue building on young talent such as Immanuel Quickley.

Meanwhile, on the Mavericks’ side of the spectrum, Porzingis exists as a weapon for the playoffs, and an occasional savior in the regular season. Unfortunately, aside from All-NBA levels of play in spots in the 2019-2020 season and his valiant threshold of pain in the playoffs, Porzingis hasn’t consistently showcased his star potential.

With the smoke settled, it’s not apparent which team won the trade. Both parties currently sit in the playoff picture, with cap space moving forward to sign additional talent. However, in light of all the critiques of Porzingis’ game and constant health issues, Dallas must address the concerns in the offseason. 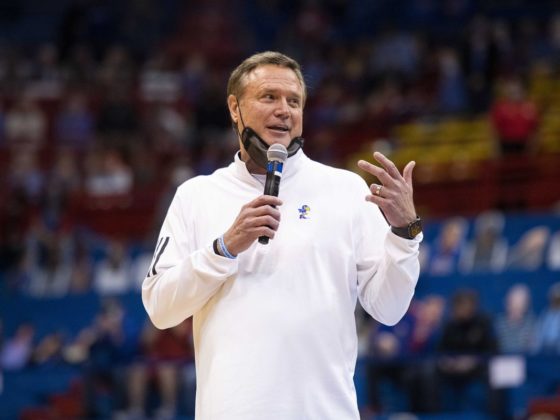 Bill Self and Kansas Agree on Lifetime Contract 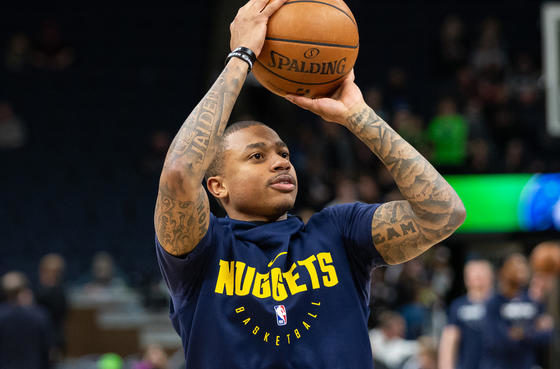 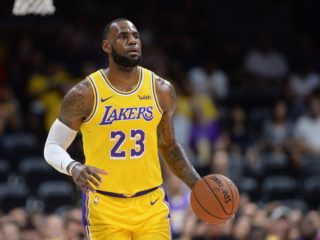