A monumental shift in power was imminent in the NBA landscape after the Toronto Raptors overcame the Golden State Warriors‘ dynasty. Revelations of the 2019-20 NBA season lay in two storylines: the demise of the dynastic Golden State Warriors and the enigmatic free agency of Kawhi Leonard.

Quickly, the NBA witnessed earth-shaking transactions. ESPN’s Adrian Wojnarowski and The Athletic’s Shams Charania relayed some of the most shocking moves in the summer of 2019. As the Los Angeles Clippers became a formidable foe to their Staples Center neighbors, it was clear the 2019-20 NBA season would provide some new stories.

Aside from the multitude of free-agency and trade maneuvers, teams with returning talent had a story to tell. The Luka Doncic–Kristaps Porzingis pairing gave Dallas Mavericks fans legitimate hope.

The Los Angeles Lakers finally put out a roster worthy of playoff contention after years of insufferable efforts. Its combination of aging superstar LeBron James and prime-ready Anthony Davis resuscitated a once-proud franchise back into competitive relevance.

Much like the fall of the Golden State Warriors, the 2019-20 NBA season gave way to refreshing outcomes. Due to COVID-19, Adam Silver abruptly but rightfully stopped the season. Please allow Def Pen to bask in everything before March 11 as a much-needed distraction from the stressful life of avoiding the virus.

The Toronto Raptors’ marvel of a season

Leonard‘s departure after capturing Toronto’s lone NBA title be damned, the Raptors, equipped with one of the sharpest coaches in the league in Nick Nurse and a budding star in Pascal Siakam, kept the ship smoothly sailing.

Losing two starters in free agency, one the 2019 Finals MVP, didn’t create any holes in the boat. Isolation ball, although Leonard’s strong point, isn’t the optimal playstyle of the NBA. The next-man-up mentality steadied the Raptors at the top of the Eastern Conference food chain.

Typically, critics and casual fans wait until Christmas to lock in the lazy narratives until the playoff games commence. In the Raptors’ case, Siakam fell under the overreaction spell of the public within the first calendar year of the 2019-20 season.

During the first three months of the season, the 2019 Most Improved Player of the year shot 39% from deep and posted an outstanding plus-132 boxscore plus-minus before cooling down a bit come the new year.

However, even with Siakam coming back to earth in January, the Raptors began 2020 exceptionally at 12-3. Nurse is no stranger to developing raw talent, as seen in his time with the G League.

The production of undrafted rookie Terence Davis and 2018-19 G League standout Chris Boucher is a testament to Nurse’s coaching.

No game explains the understandably stubborn, on-a-mission 2019-20 Raptors like the 30-point comeback over the Dallas Mavericks.

Kyle Lowry is the longest-tenured Raptor on the depth chart at eight seasons. Although the NBA’s rules don’t allow much defensive friction, Lowry continues to push the envelope as one of the more physically imposing defenders in the league.

Once again, the 30-point resurrection stands as a prime example of an elite team rising to the occasion. Lowry was the only starter who finished on the optimal end of the spectrum in regard to the negative plus-minus stat. The bench, however, all concluded with double-digit net positive stats.

Lowry, labeled a malcontent by his former assistant coaches in Houston, painted a different picture than what Toronto has come to know and love about its iron-willed all-star. He was once described as a bulldog.

Thankfully, the bulldog-ish personality was utilized as a driving force for the never-die will of the Raptors. The six-time All-Star and 2019 NBA champion, once taunted for playoff failures, now leads a darkhorse contender in the East.

Siakam and Lowry, along with Nurse’s championship coaching, could have disrupted their Eastern Conference counterparts’ playoff chances. The idea of Toronto, sans Leonard, blasting through the Eastern Conference makes for a terrific story.

Chris Paul spun the narrative with the Oklahoma City Thunder

Chris Paul arguably places in the first tier of all-time-great point guards – above players such as championship guards Isiah Thomas and Jason Kidd. Championships do matter. Nonetheless, Paul’s consistent elite defense and all-around offense makes for a compelling exception to the unwritten rule of ranking players: They need to have championship rings.

Conversely, Father Time doesn’t care for what you did last year. Following another playoff defeat to the Golden State Warriors, Paul fell under fire. The future Hall-of-Fame guard displayed some rust as he produced his worst true-shooting percentage since his first year with the Clippers.

During the series-deciding press conference, Harden, asked by a reporter what changes could be made to improve the team, gave this subtle, yet cold, answer:

Without mentioning Paul, Harden put a massive wedge between the backcourt duo with his statement. Ultimately, Paul and Russell Westbrook traded places, and at the time, it seemed the Rockets received the better end of the deal.

Strong trade rumors surrounded Paul before he suited up as the starting point guard for the Thunder. Ignoring the noise, Paul put on the Thunder jersey with pride.

Even with a mediocre start to the season from a team standpoint, Paul’s stat line gleamed with the promise of what was to come. In the first 10 games, the-then nine-time All-Star ran the offense at a 103.81 pace factor. Paul went out of the gate, firing 44% from deep while simultaneously building a formidable backcourt duo with Shai Gilgeous-Alexander.

Paul’s 11-season playoff streak was in danger, according to Five-Thirty-Eight. Last season, the ESPN-affiliated website predicted the Toronto Raptors as NBA champions. As of September 26, Five-Thirty-Eight gave OKC a 36% chance to make the postseason.

December began the stretch in which Paul’s stats and the team success coexisted. The Thunder forced their way into the playoff conversation with an 11-4 record leading to the new year.

As the season progressed, Paul exuded superstar confidence and produced All-Star numbers, especially on national television. The Thunder’s thorough dissection of the Houston Rockets put the league on notice.

CP3 did him dirty ? pic.twitter.com/EqR2KJ3TEj

In addition to spoiling Russel Westbrook’s return to Oklahoma, Paul inched closer to shredding the “He can’t lead a team to the playoffs” narrative to pieces. Paul later earned his first NBA All-Star nod since the 2015-2016 season.

Typically, the NBA Allstar game doesn’t offer substance for the rest of the season. However, in a weekend full of flash, Paul stood out in the crowd with an alley-oop, seeing the 6’0 point guard as the finisher. A career first for the known dime-dropper.

CP3 GOT UP FOR THE OOP ? pic.twitter.com/BgIT4EdfCk

An aging, small guard on the wrong side of 30, Paul’s hypothetical decline made sense. One usually achieves a shining minute, maybe even 10 seconds, to rub their critics’ face in their wrongful critiques. Paul’s All-Star alley-oop dunk stands as a “told you so” moment played on a loop.

The Thunder sit as a top-five team in the Western Conference, which pits them against the Utah Jazz. There is a reasonable chance the Thunder could best the Jazz in seven games. Ironically, the Thunder’s failure to pass the first round for three consecutive postseasons serves as a glaring failure of the Westbrook era.

For years, the Dallas Mavericks skipped over quality NBA draft prospects in hopes of landing a superstar via free agency. In the farewell season of franchise savior Dirk Nowitzki, Dallas pulled off a stunning trade with the Atlanta Hawks for the rights to Luka Doncic.

Years of failure were forgotten by one trade, thanks to the gumption of General Manager Donnie Nelson. A move that symbolized the passing of the torch, Doncic blessed the patient Mavericks fans. Dallas’ front office realized the once-in-a-lifetime moment of acquiring a generational talent and pressed the button with no hesitation.

One Rookie of the Year award later, and it’s apparent that Doncic is the Mavericks’ franchise player, in addition to the future face of the NBA. Doncic did Mark Cuban a favor by proving to the aggressive owner that Dallas is closer to contending for a championship with the Slovenian at the helm.

Building on an impressive rookie campaign, Doncic no longer had veterans taking away touches. The offense was, without a doubt, No. 77’s to run. Kristaps Porzingis, as the other young star, gave Doncic a fitting running mate. The 18-month recovery from a knee injury left many with reservations about the former Knick’s future as a star player.

Doncic, although only a second-year player, flew ahead of the learning curve in the ever-growing NBA. While other NBA prospects engulfed themselves in AAU tournaments, No. 77 laced up shoes for teams featuring former NBA players.

Regardless of the nitpicks thrown Doncic’s way, the slick 21-year-old euro-stepped through the critics, achieving All-Star status. Despite the invisible sophomore slump anxiously waiting for the young star, Doncic skipped the understandable phase.

Yes, the offensive arsenal needs some polishing, mainly finishing on 3-point shots. However, despite the lower shooting numbers, defenders guard Doncic as if he will convert on the deep shots at an elite rate. In due time, the 3-point shooting will improve, which strongly suggests future MVP status, as Doncic scored 28.7 points per contest as a below-average 3-point shooter.

To put Doncic’s production into perspective, compare it with two of the greatest players of all time, LeBron James and Kevin Durant. Specifically, consider their sophomore seasons. Keep in mind that Doncic’s total stats fall below the two stars in light of the pandemic.

Using per-100 possessions and other advanced stats, Doncic stands out amongst elite company. The first time All-Star managed a higher PER of 27.7, which speaks volumes compared with Durant’s 20.8. James was not far behind with a 25.7 rating.

The most outstanding stat comes as a surprise. Doncic’s true-shooting percentage reigns supreme. Despite the well-documented mediocre free-throw shooting and the woeful 3-point numbers, the 21-year-old Slovenian produced a .584 percentage.

Mavs up big on the Lakers. pic.twitter.com/yIpiIbcqGl

While Doncic’s statistics deserve attention, it’s the team’s playoff-worthy record that lands the All-Star in MVP conversations. If it wasn’t for the league’s suspension of play, Dallas very well could have won 50 games this season. The Mavs are currently at 40 wins, already a seven-game improvement from Doncic’s rookie campaign.

Doncic, as the primary option, led the Mavericks to the highest-rated offensive rating in the league. All of the previously mentioned stats and team-orientated achievements warrant MVP votes.

Provided the season continues, the Dallas Mavericks earned the seventh seed in the superstar-infested Western Conference. Dallas’ effort will mark the franchise’s first playoff appearance since 2016.

Doncic breathes enthusiasm into the Dallas community for what was a time of indifference during the past four years. Nowitzki was the player who Mavericks fans trusted as the ambassador of Dallas basketball. Now, Doncic, in a flashier manner and a vastly different era, represents the city and the league as a superstar after only two seasons.

All stats appear courtesy of Basketball-Reference.com 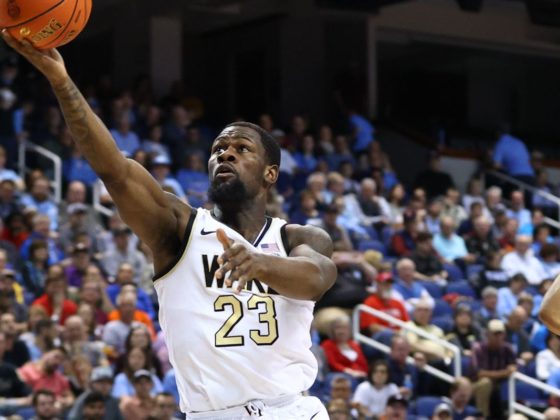 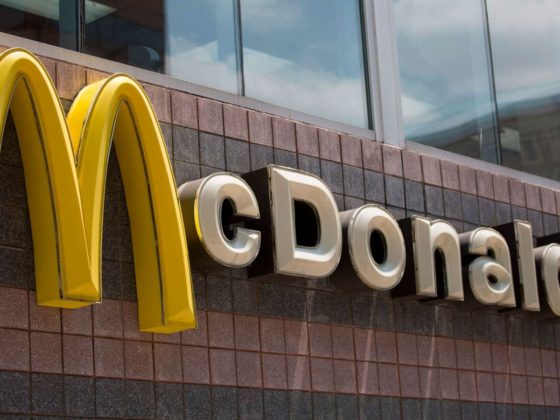