Breaking News came from the New York Mets clubhouse after a loss to the Chicago Cubs when manager Mickey Callaway and pitcher Jason Vargas got into an altercation with a Newsday reporter. The frustration came after a stunning loss to the Cubs in which Javier Baez hit a three-run, go-ahead, home run in the eighth inning.

Mickey did not like a remark made by a reporter as he walked by in the clubhouse.

Vargas then got into a shouting match with the reporter, over a staredown, and said at one point: “Ill knock you the f*** out, bro.”

He charged such reporter and had to held back by Gomez and Syndergaard.

The issue seems to have stemmed from Newsday’s Tim Healey questioning Callaway’s judgment on when to pull reliever Seth Lugo and put in closer Edwin Diaz. Javier Baez’s three-run home run came off of Seth Lugo which prompted Healey’s question about misuse of Diaz out of the bullpen. Diaz who has been lights out for the Mets would be the go-to guy after he was acquired in a trade with the Mariners, but Callaway was not pleased with a reported suggesting/telling him how to run his team.

During the media conference being held, Callaway’s outbursts above called for the public relations staff to direct Healey out of the room. After Healey did not leave, Vargas let his comment fly during a staredown. Vargas then charged at Healey and was restrained by teammates Carlos Gomez and Noah Syndergaard before any punches were thrown according to a Yahoo! Sports account.

Callaway’s dilemma is that he has displayed blatant disrespect for reporters in the past, treating reporters as if they do not know anything. The Mets have fallen to fourth place in the National League East where they currently are 37-41, nine games back from first place. Struggles have happened and plenty of fans have been upset with General Manager Brodie Van Wagenen making coaching staff changes but not firing Callaway.

Hearing the Mets will address today’s postgame clubhouse incident sometime on Monday. Van Wagenen is expected to be in Philadelphia.

The Mets have not acknowledged the situation other than saying they will address the situation on Monday. Van Wagenen will obviously need to get an understanding for what happened and step in and take some action to clear this up and address the issue here with a player attacking a reporter and a manager who blatantly is cursing at reporters.

Monday will be the same day that the Mets begin a four-game series with the Philadelphia Phillies at Citizens Bank Park. The Phillies who are 1-9 in their last ten games should offer the Mets a chance to get right and get back into the winning column. 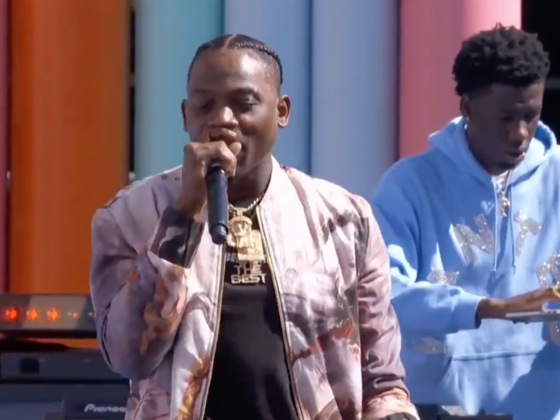 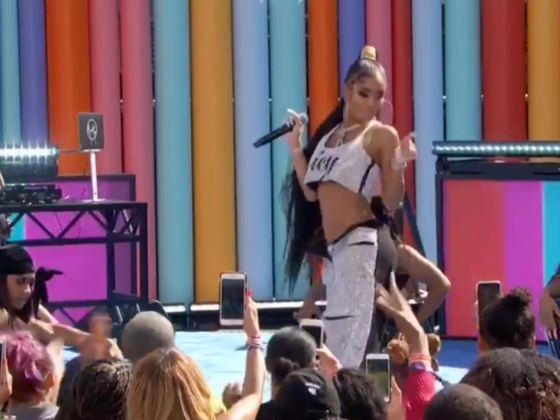 Saweetie Performs ‘My Type’ At The 2019 BET Awards