As the NCAA Tournament has come to a close, we look at some March risers and fallers in our latest mock draft. A few guys used a strong tournament to rise a few spots in our rankings. Guys who missed the tournament weren’t penalized, but some were jumped by guys who showed a little something playing on such a big stage. We are still waiting for the announcement of some the draft’s top guys. With the season officially over we know turn to workouts and the combine to adjust positioning.

(It’s important to note, for now, the 2017 NBA Mock Draft is just the top 30 prospects devoid of team needs. It’s still a tad too early in the NBA season to project standings in the power ‘tankings’ for that top overall pick.)

Although he didn’t play any meaningful games in March, Fultz remains at the top of our big board. Fultz remains in a tier of his own at the top because of his strong playmaking and scoring skills. Fultz’s smooth game and excellent athleticism should transition well to whoever gets the top pick.

Josh Jackson played well in his first three NCAA tournament before struggling in the Elite Eight versus Oregon. Jackson outplayed fellow potential lottery pick Miles Bridges in the second round. He was fantastic guarding Caleb Swanigan in the Sweet 16 flashing his all-around game. Jackson remains number two on this board after De’Aaron Fox clearly dominated Lonzo Ball in his Sweet 16 matchup.

Lonzo Ball like Jackson was great in his early round games flashing his tantalizing talents. Then De’Aaron Fox happened, Fox exploded for 39 points on Ball raising a few questions about Ball’s next level defending. Ball has never been a great defender but to be dominated by a peer on that stage was frightening. I still keep Ball top three for now, but I’m slightly more worried about his game than I was two weeks ago.

Tatum finally cracks our top 5 after sitting just outside most of the year. He was great in the ACC tournament and first round of the NCAA tournament. He struggled against South Carolina’s swarming, athletic defense but so did everyone on Duke. Tatum showed an advanced scoring repertoire throughout the year and became less of a black hole. He may not be Carmelo Anthony right away, but in a few years, we could be talking about a similar player.

The newly declared Fox has been great all March, and the bump into the top 5 is his reward. With Malik Monk struggling, Fox took his game to new heights with slightly improved shooting. This includes his 39 point performance versus UCLA without making a three. His speed was on display all month, and Fox has shot up all draft boards as his aggressiveness has spiked too.

All year Isaac was up and down in terms of production. He is mostly potential right now at his weight, but man is that potential scary. He can shoot it, he’s unselfish as a passer, and he rebounds and blocks shots well. Isaac could slide into a few lottery teams as a solid role player rookie before he explodes with a couple of years of experience.

Smith had a great year that not many people have heard about because his team didn’t perform well. As a point guard prospect, you wonder about his ability to make those around him better. He didn’t get to perform at all in March which may make some forget about him. His athletic abilities and feel for the game keep him as a top 10 prospect which is a small drop on our board.

The Arizona Finn has been a steady riser since the start of conference play because of his smooth stroke from outside. While he isn’t a great rebounder at this size, some teams will overlook that because at 7 feet tall, Markkanen might be the best shooter in this draft class.

Our first international prospect is Ntilikina. He’s a 6’5” PG with a high basketball IQ and ability to play at different speeds. His feel for the game is what has scouts excited. His defensive potential is also something to be excited about because of his ability to slide effortlessly.

Monk was outstanding throughout most of this year until March hit. He struggled the last month of the year with inconsistent shooting. He has looked uninterested in defense throughout the year but has been able to outscore the guy he guarded. Monk remains a top ten prospect because of his microwave ability to score, but he still has some questions about his game.

Patton came from nowhere to a now potential lottery pick. His finishing ability off the pick and roll combined with his shot blocking is appealing to many GM’s. Patton stands at 6’11” and only weighs 215 pounds. However, the strength should come with age and not playing immediately may benefit him.

Collins has made a name for himself in March, especially the Final Four. He had a double-double, the first of his career, in a game against South Carolina. This seven-foot freshman could use another year in school where he could potentially move into the top 10. For now, he’ll settle for the mid-lottery.

He doesn’t have the length of a Draymond Green but could maybe turn himself into a similar player. Standing at about the same size with better athleticism, Bridges is a good bet at the end of the lottery in hopes that his skill catches up to his elite athleticism. Bridges hasn’t declared yet with rumors he is strongly considering returning.

Allen is another interesting prospect who declared without hiring an agent. He is incredibly long at 6’11” with a 7’6″ wingspan but is a little raw. An excellent rebounder and shot blocker, Allen is another guy who didn’t get to play in the tournament and could use another year.

The second international guy on the list. Hartenstein is a 6’11” mobile big man with the ability to play both inside and out. He may need some time to adjust to the U.S game, but he could end up being a nice pickup for a fringe playoff team.

A breakout star in college basketball under Danny Manning’s tutelage, Collins has become one of the best big men in college basketball. Collins is a good rebounder and an excellent offensive player. Not only can he score from around the block, he also has the ability to step out and knock down a jumper from the elbow as well. Collins has declared but did not hire an agent; we’ll monitor him throughout the draft process.

Terrance is a high flying prospect who committed to Arizona but ultimately decided to go overseas for a year when academic problems arose. Ferguson is slight of build but can stroke it from deep. When he fills out, he could be similar to a J.R Smith type in the league.

Duke and Kennard weren’t in the tournament long, but Kennard wasn’t showing anything extra in March. Everyone knows what Kennard is and that is someone who can the basketball. Spot up shooting, one dribble pull-ups, and a good use of change of speed dribbling have made him really good at getting to get the rim. Kennard’s stock can’t get any higher and the time for him to cash in is now. He has yet to decide on what do, but we should know in the next few weeks.

Rabb came back for his sophomore year and never really stood out or had noticeable improvement. He is a guy who is who he is at this point, a solid rebounder and an average back to the basket game. He has the chance to be a very solid role player in the league if he lands with the right team.

Leaf has shown the ability to stretch the defense at 6’10” while shooting 45% from three. Leaf is also averaging 2.7 assists a game from the power forward spot and is another reason teams love his game. Despite struggling on defense, like the rest of UCLA roster, Leaf’s all around offensive game is what scouts have fallen in love with.

Bam started the year as a potential lottery and top ten pick. Currently, his offensive game is behind where some hoped and most see his role being limited to a rim runner in the League. Bam should have a long career if he embraces being an energy big willing to do the dirty work for whichever team drafts him.

The first team All-American was told to come back and work on his shooting, and he didn’t disappoint. Jackson set a school record for three-pointers in a season and maintained his strong floater game. He went from a fringe first rounder last year to a solid first round and possibly late lottery selection this year. He’s had a great tournament for North Carolina and been the reason for their dep run

Lydon ultimately decided to declare and hire an agent. He never made the jump some hoped in his sophomore, but he was solid. Three-point shooting and blocking shots in that Syracuse zone are what scouts like about Lydon.

Mitchell over the past few weeks has come on as a prospect despite his size at 6’3”. While flashing some ability to be a combo guard, a la Jordan Clarkson possibly, Mitchell has slid in the first round. His elite explosiveness and playmaking ability are going to be his calling cards to get drafted this high.

Motley has turned himself into an excellent two-way big man. He isn’t an elite shot blocker but has good timing on that end. Motley has also shown the ability to not only step out and knock down jumpers but also bang down on the block with a nice jump hook and quick spin move.

Even with his recent ACL injury, some scouts and GM’s have said that Anunoby might stay in the first round. His offense didn’t improve drastically like some thought he might this year, but his measurables, work ethic, and slight improvement offensively have made him a tantalizing prospect.

Giles decided to get out of college and get his money before another potential knee injury struck. It is probably a smart decision and will be interesting to see where he is taken. On our board, we keep him in the first round because of his potential. If Giles gets over the mental issues he still has with his knees, we could see a steal this late in the draft.

Blossomgame is another guy who also entered the draft and ended up backing out. He averaged 20 points a game last year and is an incredibly athletic wing who can defend. As a result, Blossomgame would be good value here in the back end of the first round.

Hart has improved every year of his college career. His three-point accuracy improving to above 40% is why he now becomes a first round pick. Hart is a perfect fit for the Spurs because of the Villanova culture he comes from being fundamentally sound. Hart is a guy who will do all the little things for a team. Almost like Corey Brewer, that 15-year vet who opposing teams hate to play against.

Swanigan struggled in his final game against Kansas, struggling for him is still putting up 18 and seven, though. Turnovers were a major killer, and he couldn’t guard Josh Jackson (few can) and Deonte Burton from Iowa State. Offensively whether it’s post ups, three point shooting, or dominating the boards, Swanigan can do it all. 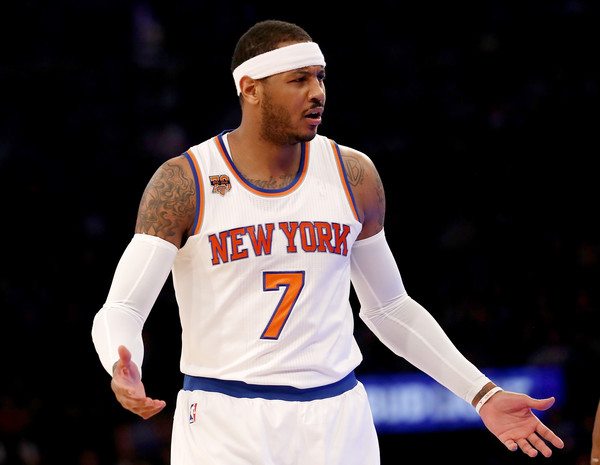 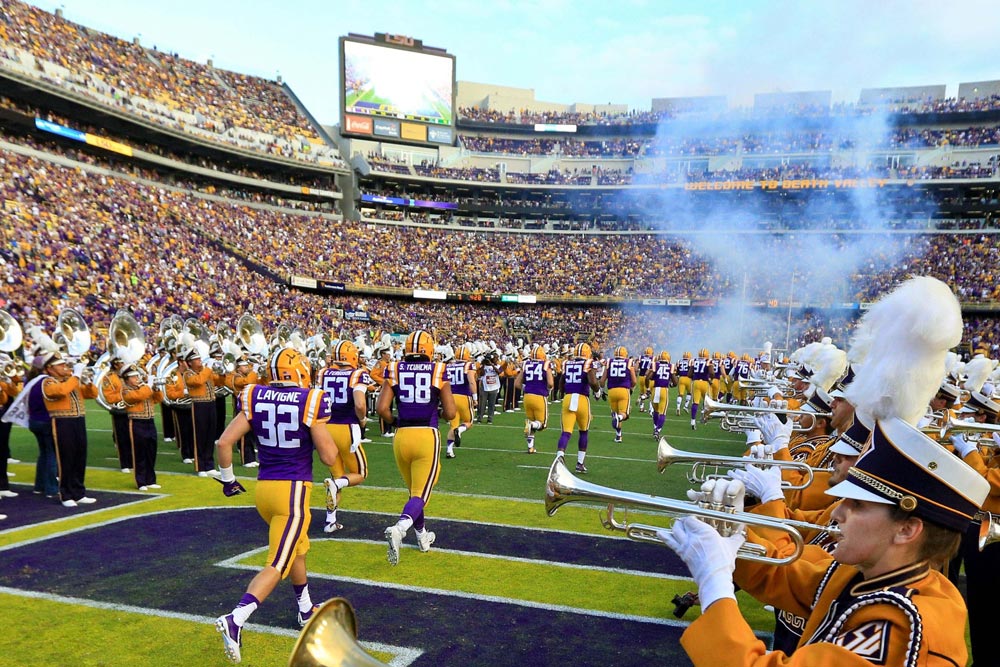