Every basketball fan remembers the infamous Chino Hills teams of a few years ago. Featuring the Ball brothers and thrust into the public eye by their father, Lavar, the California-based high school and its high-powered offense was one of the most popular ever. However, while Lonzo and LaMelo Ball were the prized prospects on that team, they were not the only high-level prospects. As a matter of fact, center prospect Onyeka Okongwu could end up being better than any of them. After overachieving in his lone college season at USC, Okongwu has staked his claim as the best big man in the 2020 NBA Draft – and he has a very compelling argument on his side.

It has become apparent in recent years that perhaps the best indicator of NBA success is being an inarguably good college player rather than possessing projectable long-term tools (see: Brandon Clarke, Grant Williams, etc.). While Okongwu does have the latter, he even more so has the former: the Chino Hills alum was the single most productive freshman in the country last season. His surface-level statistics were outstanding: 16.2 points, 8.6 rebounds, 1.1 assists, 1.2 steals and 2.7 blocks per game while shooting 61.6% from the field and 72.0% on 5.1 free-throw attempts per game. The advanced numbers, though, even further separate him from the pack.

Okongwu led all freshman in Sports Reference’s BPM at 11.6 – the only other freshman to clear double digits was Duke’s Vernon Carey Jr. – as well as KenPom’s BPM 2.0, in which he posted the sixth-highest freshman number since 2008. The players ahead of him? Zion Williamson, Anthony Davis, Kevin Love, Karl-Anthony Towns, and Michael Beasley. The only name on that list that did not pan out was Beasley, but talent was never the issue with him. His lone college season was one of the best ever recorded. Okongwu also meets elite company in some other key statistical queries:

The USC freshman, by all accounts, was one of the best first-year college players this decade, and that is certainly not something to be overlooked.

I know, I know – I just spent two paragraphs talking about how Okongwu’s pure statistical production outweighs his physical attributes. That remains true. However, you still cannot talk about Okongwu without bringing up his athleticism. He runs the floor like a gazelle and is capable of playing well above the rim, which was evident by his numerous highlight-reel dunks over the course of the season:

This is an NBA play from Okongwu. Impressive stuff. pic.twitter.com/9Qm0sVx26J

Not only is he just a tremendous leaper, but Okongwu also gets off the ground extremely quick, which matters in an NBA setting. Given his skill set, there is no denying that Okongwu is a five at the next level, and if you were to just look at his measurables, that could be a cause for concern; after all, he stands at just 6’9 with a 7’1 wingspan. His athleticism more than makes up for any shortcomings in the height department, as does his impressive 245-pound frame. Especially with the prominence of smaller lineups in the modern NBA, Okongwu will have little trouble translating as a center at the next level.

Outside of the supreme offensive big men a la Nikola Jokic, Karl-Anthony Towns, Anthony Davis, and Joel Embiid, the most valuable archetype in the modern NBA is the big who can switch onto perimeter players and does not get killed in pick and roll coverage. Okongwu checks off both of those boxes emphatically, as defense is his calling card as a prospect. The 1.2 steals and 2.7 blocks per game are terrific, as are the corresponding 2.3 STL% and 9.8 BLK%. However, you have to watch the big man play to really quantify his impact on that end of the court:

Onyeka Okongwu's pick-and-roll defense is so good. Hedges to cut off the drive then rotates inside and stops another drive, prompting a mid-range jumper pic.twitter.com/T6y8x36xvp

Okongwu’s basketball IQ is terrific, and we see it come into play the most defensively. He has a legitimate shot to be a prime defensive anchor at the next level with his ability to wreak havoc on opposing offenses, and those types of players do not grow on trees. Given that Okongwu stands at just 6’9, the fact that his defensive ceiling at the center position remains astronomical speaks volumes about his IQ and athleticism.

Of course, while you can expect Okongwu to be a defensive anchor, expecting him to reach Rudy Gobert levels of defense would be a lofty expectation. This is notable because Gobert is the only one of the NBA’s marquee big men who is short on perimeter shooting and/or playmaking ability, and it’s because of just how good he is on defense. Okongwu, meanwhile, shot just four three-point attempts this season and made one of them, and recorded just 30 assists to 56 turnovers (1.1:2.0 AST:TO).

That’s not to say that Okongwu can’t develop in those areas, however. He shot 72.0% on 143 free-throw attempts, which is nothing to scoff at and suggests some workable touch. He also has a very solid touch around the basket, which is an encouraging sign for any outside touch in the future. Given his basketball IQ, him developing into a good playmaker from the five is also far from out of the question.

This comparison has been thrown around a lot, and I do think it’s a tad overblown. After all, Bam is one of the best big man playmakers in recent memory – he averaged 5.1 assists to 2.8 turnovers this season – and I just harped on Okongwu for his lack of playmaking. But if a team drafts Okongwu, they are drafting him with the hope that he turns into Bam Adebayo, and that sort of development for Okongwu is not impossible. Remember, Bam had just 32 assists to 64 turnovers in college. In terms of their ability to cover ground and be an absolute monster on defense, the two are very similar. If you have the chance to take another Adebayo in the 2020 NBA draft, you take that chance. 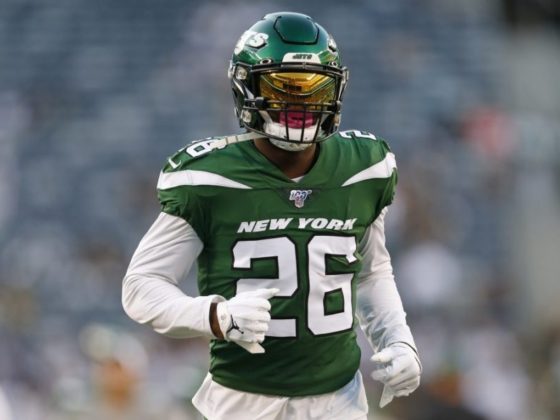