The 2020 NBA Draft has been delayed due to the coronavirus pandemic, but prospects are ready for the upcoming process. This isn’t the LaMelo Ball that many saw playing a few years ago at Chino Hills High School. He has been battle-tested in professional leagues overseas and has fine-tuned his game. A prospect that could bring a franchise star power and ability. Ball has spent his year overseas with the Illawarra Hawks skyrocketing up NBA Draft Boards. The family drama may be a concern for some, but the Ball family seems past their media antics for the time being. LaMelo Ball may not go No. 1 overall, but he could very well be the rookie to watch next year.

The first thing that comes to mind when looking at LaMelo Ball is his ability to shoot from literally anywhere on the basketball court. While he was in Australia he did not lose any of the range he showed off while in high school. The tall guard has the ability to shoot off the dribble or in a catch and shoot situation. Shooting is a massive part of the current NBA makeup and there aren’t many players that have the ability and range that Ball possesses in his arsenal. The incoming NBA guard is a shooter.

While in Australia, Ball only hit 1.7 threes per game. Those numbers aren’t eye popping but he did shoot well from the midrange and showed the ability to shoot the lights out when hot. He also showed impressive discipline and ability to get to the rim that could translate to the NBA. His 17 points per game only trailed Aaron Brooks on the Hawks during their season. The ability to score from all three levels should mean an immediate impact role for the guard. Ball can absolutely translate his scoring to the next level.

Lonzo Ball is a very good playmaker in the NBA and it seems his little brother has also honed that skill. While he was in high school he showed flashes and the potential to be a very good passer. Lithuania and more importantly Australia helped the recently turned 19-year-old come into his own as a point guard. There are a few top lottery teams that could use a player capable of running their offense as a primary ball handler. He might not be quite on the same level as Lonzo, but the talent and potential are right there with his older brother. His court vision and passing have taken massive steps up after playing overseas in Australia. He put up 6.8 assists per game while with the Illawarra Hawks.

LaMelo Ball could end up being the best player in the 2020 NBA Draft. He averaged 17 points, 6.8 assists, and 7.6 rebounds while in Australia. He seemed capable of almost anything while on the court for the Hawks. Ball quickly went from a late first round projection to a top five pick without question. Stepping into a professional environment did wonders for the young guard who had several questions being asked about his ability. Ball has not been officially measured yet, but he appears taller than his brother Lonzo who is listed at 6’6″. A point guard with a height of 6’7″ or 6’8″ could be a huge advantage for teams. His height and ability make him a nightmare matchup for NBA teams. It could also allow him to play other positions for some NBA teams.

LaMelo Ball has plenty of upside as a prospect, but no prospect is perfect and the Ball brother is no exception. The first glaring issue for Ball is his shot selection at times. The term volume shooter was invented for prospects like him. He can score from literally anywhere on the court, but the decision making has gotten in his way before while playing. The point guard isn’t a bad defender exactly, but he can get lost sometimes on that side of the ball. He takes risks on the defensive side in an attempt to get easier transition baskets. The potential for a high steal average is there, but he could get beaten on defense enough for it to be a problem. Ball could also be prone to high turnover games in the NBA.

Taller point guards aren’t completely uncommon in the NBA, but the ones that can shoot well are more rare. Ball and Dinwiddie have similar builds and play styles. They both have the ability to score at all three levels and are good playmakers as well. The two guards aren’t defensive juggernauts, but they can prove to be serviceable as starters. Ball’s potential is higher than Dinwiddie, but his floor shouldn’t be too far below the Brooklyn Net’s point guard. There are plenty of teams that could use a talent like LaMelo Ball. The selection overall is a high risk, but very high reward. It seems unlikely that Ball falls past the third overall pick. 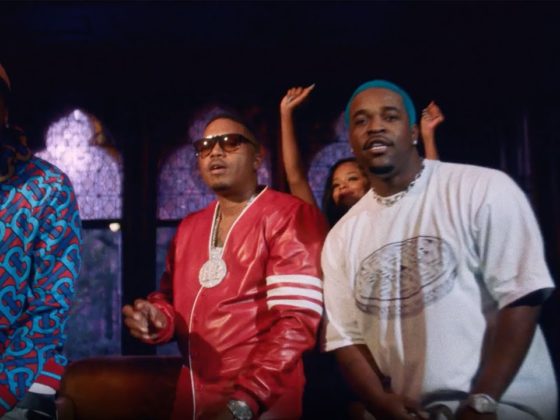