As the season begins to wind down with just three weeks remaining, the 2022 Player of the Year award frontrunners are beginning to truly crystalize. While it’s mostly been a jumbled mess for most of the year with guys constantly leaping each other, a top-two has begun to form over the past couple of weeks. We’ll dive into who exactly those two players are down below but this years top 5 continues a trend we’ve seen over the last handful of years where big men have dominated the award.

Let’s get into the top five and show why Oscar Tshiebwe is the current frontrunner for 2022 Player of the Year.

The most dominant player in college basketball has continually shown up, played hard, and dominated the boards. Tshiebwe is the best rounder in college basketball and is one of the best we’ve seen in decades within the sport. He’s a walking double-double and hasn’t had a game without double-digit rebounds in the year 2022 this far with that last effort coming on New Year’s Eve. He’s coming off another strong effort Saturday against Alabama in which he had 21 points and 14 rebounds. The image of him grabbing a rebound against three Kansas Jayhawks in Allen Fieldhouse while bodies bounced off him is still a hard image to shake and was the biggest representation of his season so far.

Oscar Tshiebwe absolutely dominating on the glass down low. Elite rebounding ability. Has hit multiple mid-range jumpers and even put the ball on the floor and finished at the rim. Easily a top 60 prospect. Kentucky rolling over Kansas. pic.twitter.com/dSeI11gcXA

Kentucky is more experienced than in past years and it’s contributed to an outstanding team for John Calipari this year and Tshiebwe is the guy who stirs that whole drink. His toughness, rebounding, and improved ability to protect the rim have pushed him toward the top of this ranking. He’s added a nice mid-range jumper that he had yet to show off at West Virginia and night after night is putting up unseen rebounding numbers. He had 28 rebounds in a non-conference effort in December, then followed it up with another 20 in an SEC game in case anyone was curious if the tougher competition would slow him down a bit.

Some may dock him for not being a guard or wing who can go get his own shot and really take over a game with his scoring. I find it hard to knock a guy who every game is dominating the boards and is leading his team in scoring, rebounding, steals, and blocks. No one else in the country is doing this and for that Tshiebwe is currently the leader in the clubhouse with a Big Ten guard tightly on his heels for 2022 Player of the Year.

Johnny Davis has been a revelation for Wisconsin this year. A sophomore who has taken a serious jump this season and is the main reason a Wisconsin team who lost a ton from a senior-laden roster last year is even ranked this year. Davis in his second year has nearly tripled his scoring average (7 points to 20.7), doubled his rebounding (4 rebounds to 8rpg), and doubled his assists as well. The Badgers weren’t even ranked coming into the year but because of Davis’s efforts have found themselves inside the top 20 for the majority of the year and have pushed the top 10 at times.

He’s also been at his best against the best competition as well. He had 30 vs Houston early in the year, 24 vs Ohio State, and 37 in a big win over Purdue on the road. He’s scored double digits in every game but one this year while scoring 20+ in 13 games this year. Wisconsin hasn’t had a guy that can go get a bucket quite like Davis in quite a while since Sam Dekker and Frank Kaminsky, who of course won the Wooden Award for Player of the Year in 2015. Davis is a true contender for 2022 Player of the Year.

Agbaji started the year like a gangbuster showing an improved ability to put the ball on the deck and create for himself, something he had yet to show at Kansas. He began the year with 29 in the Champions Classic vs Michigan State and announced his presence as a player to watch out for this year. He continued on a torrid pace scoring 20+ in the majority of the non-conference season. Agbaji was probably the leader for the 2022 Player of the Year award entering conference season but has the unfortunate of facing a top 40 defense according to KenPom every night as the Big 12 is loaded with great defenses this year.

OCHAI AGBAJI FOR THE LEAD pic.twitter.com/LvkUqpnWA1

It’s fair to question how good Kansas would be without the no-doubt First Team All-American this year. He’s saved them in several games including hitting the game-winner in the clip above. He also scored 12 points in the final four minutes to help escape Oklahoma on the road in January and poured in 37 points to help stave off Texas Tech in double overtime a few weeks ago as well. His on-ball defense has remained good even with the extra offensive contributions this year but he’s slid down the rankings with a few games recently where teams took him out of the game with a face guarding technique. He’s seemingly back on track with two 20 point games in his last two outings but it may be too late to make up the ground necessary unless he has a couple of huge games down the stretch.

It’s tough to call Oscar Tshiebwe the most dominant big man in college basketball with Kofi Cockburn also playing the sport. Cockburn is a massive human and has played to every bit of that size this year while averaging 21 & 11. The knock on Cockburn has been that unlike the guys above him on this list is that he has struggled against some of the better competition he has played when teams have bigs that can match his size. He struggled against Arizona who plays a bigger frontcourt than most teams and Zach Edey from Purdue who is four inches taller than the seven-foot Cockburn gave him fits in a near 20 point loss for Cockburn’s Illini. He’s certainly been good, and in most years the numbers Cockburn is averaging for a team that has suffered injuries across their lineup while keeping them ranked would have him much higher on this list. And while many of the players on this year’s list didn’t come in as potential favorites, the strong seasons each is having have made it tough for Cockburn to truly surpass any of them.

Holmgren is unlike most players we’ve seen in college basketball. He’s lanky and looks to need strength but is an excellent shot-blocker while also flashing the skills of a guard at times with his ability to handle the ball and stretch the floor. He’s top-five in blocks per game, has the best defensive rating in the country, and is second in defensive box plus/minus. He has single-handedly turned a team in Gonzaga who is usually just fine defensively into a top 10 defense to match up with another outstanding offense. His defense is also a perfect addition to cover up for Drew Timme who isn’t the stoutest of defenders.

Chet Holmgren goes coast to coast with a spin and lefty finish. The ability to use both hands as a ball handler and a finisher is really promising at such a young age for a big man pic.twitter.com/cQDGeKAFh8

His offensive numbers are pretty interesting as well with all of the weapons that his Gonzaga team has. He’s second in scoring on that team while taking the fourth most shots and dishing out the fourth most assists. He’s truly shown an all-around game and could be the reason that this Gonzaga team enters March more dangerous than teams in years past. Although his frame may not show it, his defensive presence may add an extra bit of toughness that was seemingly exposed vs Baylor in last year’s National Title game. Can Holmgren close the gap and win the 2022 Player of the Year award? 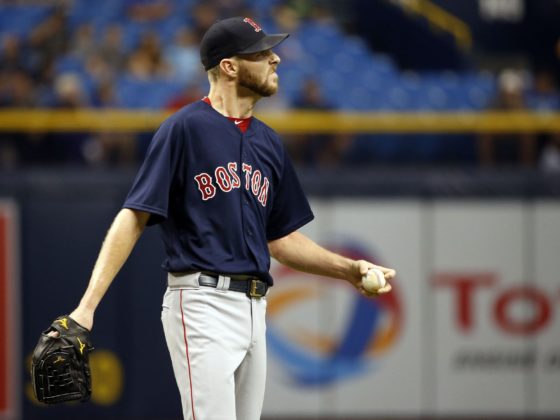 Are the Red Sox Built to Win the AL East? 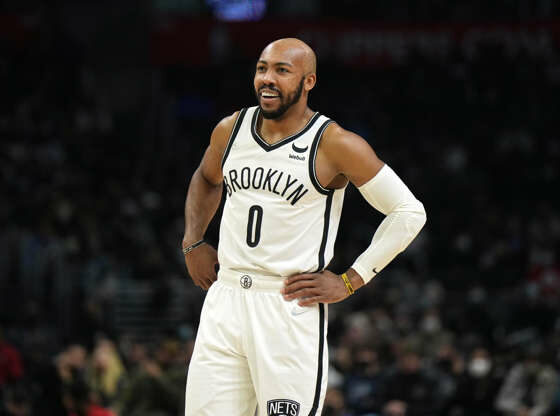