The FBI investigation that rocked the NCAA basketball world has continued to plague the schools involved in the Adidas payment scandal. NC State is one of the schools that received an NCAA Notice of Allegations. The Wolfpack cleaned house in their basketball program, but this didn’t stop the NCAA from bringing the hammer down.

Phone records are the NCAA’s version of tax records.

NC State responded to the Notice of Allegations, but the NCAA seems unwavering in its decision against the Wolfpack. There have already been several convictions and plea deals on the criminal side of things, but the NCAA typically moves slower than the criminal system. The NCAA is holding firm that the payments were directed to Dennis Smith Jr’s father despite the school denying the claim.

The NCAA has filed its response to NC State and former coach Mark Gottfried’s response to the Notice of Allegations.

Still waiting for a hearing date to be set.

Statements by the NCAA enforcement staff and NC State were released:

“The consistent and credible evidence, together with factual information uncovered in this investigation, confirms that Early made arrangements for financial aid or other benefits to Smith or his family members or friends in violation of Bylaw 13.2.1,” – NCAA Enforcement Staff

“While we appreciate the NCAA Enforcement Staff’s detailed response, NC State remains in strong disagreement with many of the characterizations and conclusions in their Enforcement Written Reply, as we have said throughout this process, we will vigorously defend the university where necessary and take ownership where appropriate. We look forward to a hearing with the infractions committee and the opportunity to make our case in person.” – NC State 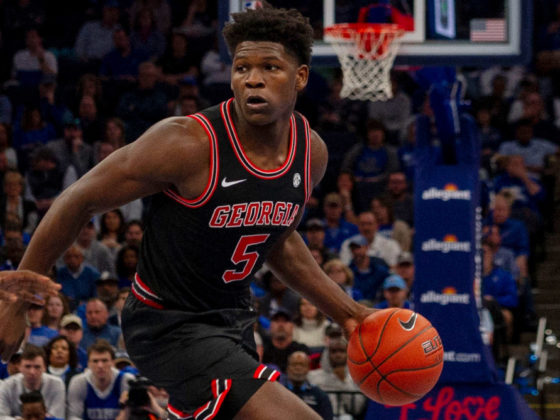