The NBA has been fighting the tampering fight for several seasons, and as the player-empowerment era evolves there will be a bigger need. Given the latest preventative measures, the NBA intends to keep making it harder to tamper. According to Shams Charania of The Athletic, the league has sent a memo to owners regarding tampering in order to improve compliance.

In an effort to prevent tampering, NBA sent memo to teams about improving compliance, @TheAthletic @Stadium has learned.

One of the ways the league intends to punish teams is through the wallet. The NBA will fine teams double what they were previously, up from $5 million to $10 million. Unauthorized agreements between teams and players will fine both parties. Five teams will also be audited each year to ensure compliance. The NBA Board of Governors will vote on the new list of rules on September 20.

The NBA Board of Governors will vote on Sept. 20 to pass new action items that have been advised across the board, from committees and league office. https://t.co/qQjBPiprom

In addition to that, teams must certify that all contracts are in compliance with the rules and alert the league if player-agent communications have occurred with the goal os soliciting benefits for contract purposes.

As part of potential new guidelines, NBA owners must personally certify that every contract complies with all rules, per sources. Teams would be required to report, within 24 hours, of a player/agent soliciting unauthorized benefits or contact regarding contract matters.

Well, you can’t say the league is not trying to curb tampering. It was the talk of the NBA last season when Anthony Davis tried to will his way to the Lakers mid-season. Former Lakers leading man Magic Johnson has twice been caught tampering, first with Paul George and again with Giannis Antetokounmpo. And it is not just one Los Angeles team to be tried for tampering, the Clippers were nailed for trying to go after Kawhi Leonard. Twice in the past eight months the league has sent memos to teams regarding tampering. 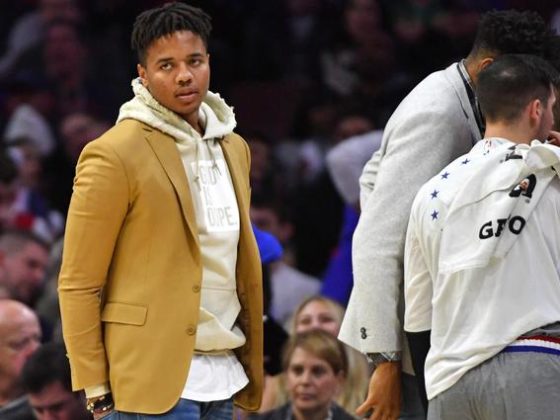 REPORT: Orlando Magic Will Exercise Fultz, Isaac and Bamba Options for the 2020-2021 Seasons