As the season comes to a close, knowing which teams have the upper hand in a playoff series is important. Of course, key matchups play an enormous part of series outcomes, but there are ways to measure a team’s aptitude. These measurables can provide significant insight and provide reasonable likelihoods of one team overcoming another in a best-of-seven series.

For example, take a look at what ELO Rating and several other statistical models accomplish at FiveThirtyEight. It can forecast the probabilities of various scenarios, such as:

With this in mind, I set out to see how I could find ways to assess a team’s aptitude and how that translates in a playoff series. The goal was to create a metric that could potentially provide accurate predictions for this year’s playoffs and to correctly pick the number of games that it would take to win a series.

In the model, I compiled 528 observations which come from every single playoff series since the 1981 NBA Playoffs. This is where the multinomial logistic regression model comes in. I ranked the outcomes of each observation according to a scale from one to eight. I chose one of the two teams that were involved and designated it as Team A.

Team A can experience one of eight outcomes:

Team A’s Outcome (Outcome according to Team A’s perspective) is our dependent variable.

Disclaimer: Unfortunately, because the NBA’s first round was a best-of-five for a number of years, the probabilistic results that we will produce will be slightly altered. Because we cannot be sanguine that every 3-0 sweep in a Conference Quarterfinal would become a 4-0 sweep, I considered 3-0 as an equivalent to 4-1 (or, in other words, winning a series by 3 games or more). The same can be said for 3-1 and 3-2 Conference Quarterfinal defeats. These will be classified as if the outcome was (4-2 or 4-3). The inverse is true as well in this situation. The best-of-five series weren’t reflective of every observation, but the percentages of series predicted to last 5 games rather than 4-game sweep might be affected by the observation pool.

I chose a plethora of independent variables to test initially (even some wild interactions between Team Average Age and Defensive Rating), but not all were helpful to the model’s development. I also tested the cohen-kappa scores, confusion matrices, mean absolute errors, etc., of most models with the programs R and Python in order to assess which would give us more consistent and reliable results.

Here were the variables I decided upon (each with a set of seven (k-1) corresponding coefficients):

To ensure that the model was reputable, I used the variable inputs from every playoff series and coefficients to create an array of “predicted” outcomes (which are essentially reassessed matchups). Then I used R to test a few metrics so that we’ll know how accurate we expect our predictions to be.

Frankly, because “accuracy” would indicate that the result predicted is the exact same as the actual (error = 0) and there are 8 possible outcomes, we welcome this result.

Furthermore, the mean absolute error suggests that, on average, we’ll miss our mark by 1.3 games. It’s important to note that the predicted result is simply generated from which outcome is considered the most likely (the one with the highest probability). The probabilities don’t always compute as if there’s one maximum value which is accompanied by concave down behavior. (In other words, if outcome 5 is most likely, it’s not a given that outcome 4 & outcome 6 are the next most probable outcomes.) And, if we check a graph of the 2011 Chicago Bulls/Miami Heat ECF, we can see that there are times which the model considers the most likely result to be somewhat obscure: 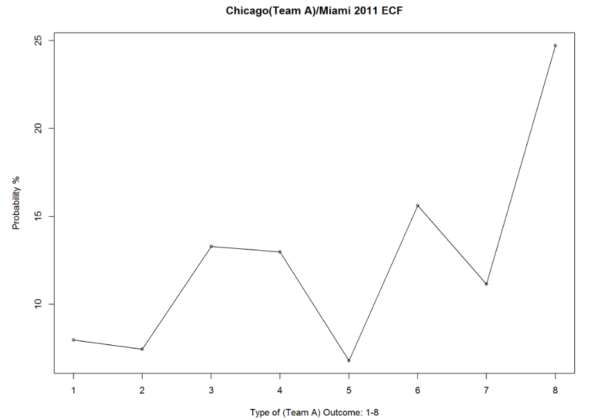 Moreover, Miami was 41.7% likely to win this series. While our prediction was a sweep, the probabilities didn’t provide overwhelming support. This spawns a large absolute error value that, if recurrent, increases the value of the mean absolute error that we incur.

Are the NBA Playoffs a different beast? Yes, to an extent. And there certainly are factors like “returning from injury” and coaching changes that aren’t accounted for when creating a model.

By taking a look at how the improbable 2016 NBA playoffs unfolded, we should gather additional insight about our predictive power.

Here’s a graph of all 2016 NBA Playoffs outcomes:

The model picked the correct team in 12 out of 15 series matchups. It also would’ve likely been correct on Los Angeles/Portland, but injuries tormented the Clippers. Additionally, team and series length were both correct 7 out of 15 times.

The underestimation about how prolific OKC could become defensively, as Kevin Durant became a part-time rim protector, was key to this mistake. Dion Waiters also made one of the more peculiar game-saving plays in NBA history.

Take a look at the predicted outcomes for this series that our model missed: 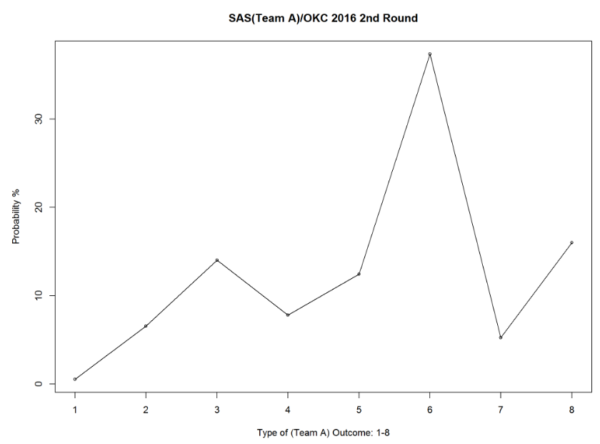 Outcome 3, which was the actual, was most likely among the OKC W outcomes but still only 14% likely, according to our model.

Cleveland over Golden State in the NBA Finals was simply one of the greatest upsets in recent memory.

Check out how the probabilities are accounted for, in this graph: 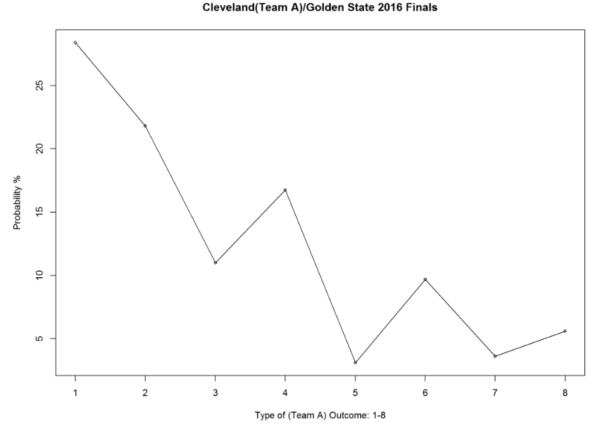 Winning three straight is truly a testament to how splendid LeBron’s and Kyrie’s efforts were down the stretch; what focus!

With that being said, another upset of this magnitude seems unlikely (especially two straight seasons).The intention of using this model for the 2017 NBA playoffs and expectation of trustworthy results seems increasingly realistic.

Now, for my favorite part: Given our model preparation with league-adjusted information, what would be the most likely outcome for a ‘96 Bulls vs ‘16 Warriors?

To do this, I used the appropriate statistics and assumed that Golden State (73-9) would get homecourt for the seven-game series.

Additionally, I created an interactive R Shiny web application, which allows for user inputs to bring forth new predictions, to seek the model’s resulting probabilities. It’s featured in the following screenshot. This predictive modeling application is more fun than the last, allows you to find likelihoods for any teams you’d like, and should be released next week.

Here’s a long look at the prediction, considering Chicago as Team A: 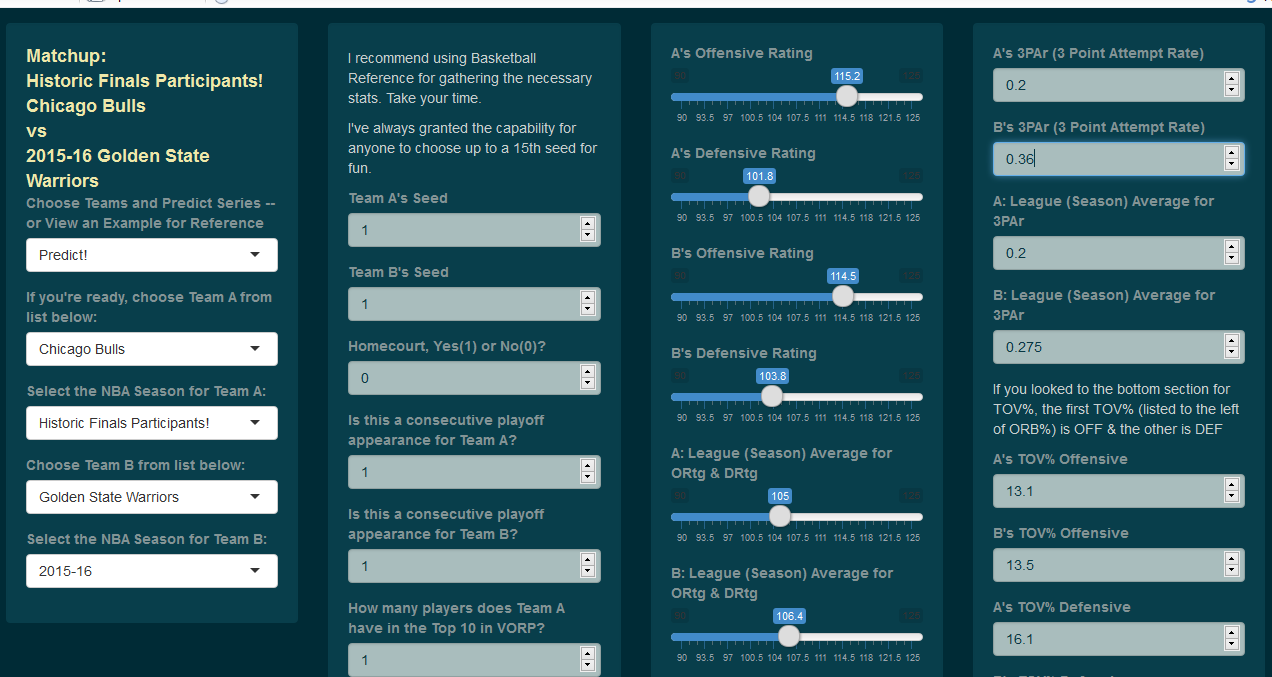 What factors would likely lead to GSW in 7?

Questions for Golden State would include the following:

Rules with regards to physicality:

Considering all of these factors, I’m inclined to agree with our multinomial model that the ’16 Warriors should win in 7 games. And if the three point line is stretched to a distance that Pippen and Jordan are a little uncomfortable with, then maybe fewer than 7. Of course, there are other variables to consider that might sway me one way or the other.

Extra: For fun, I also wanted to try to determine what the scores would look like.

As we know, the battle for pace (‘16 Golden State, 99.3; ‘96 Chicago, 91.1) would be important to the scoring outlook of each game. Using our last web application, I sought for the likelihood that we’d see games with 220 total points or more. 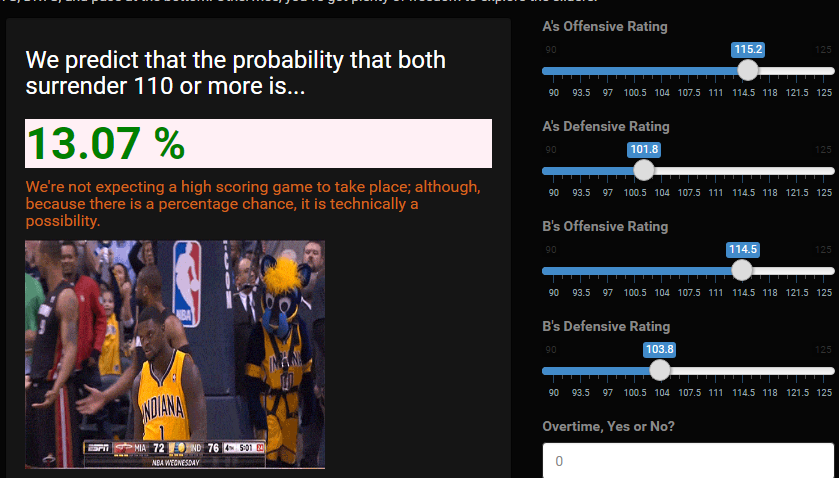 If Chicago stays true to its pace, then it’s unlikely that we’ll see 7 games of high-scoring tallies. The hypothetical NBA Finals matchup could be a grind. 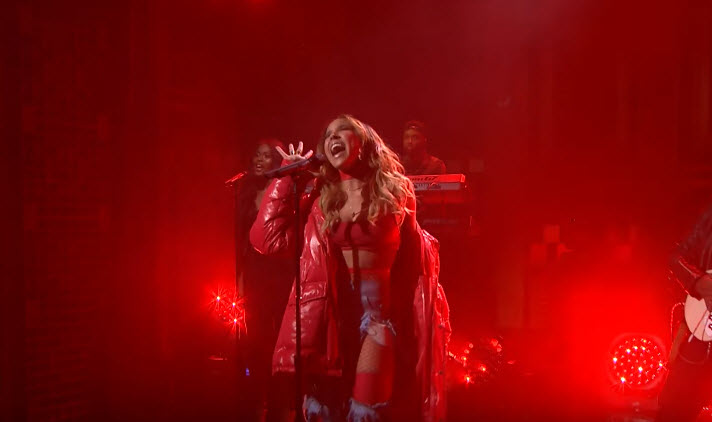 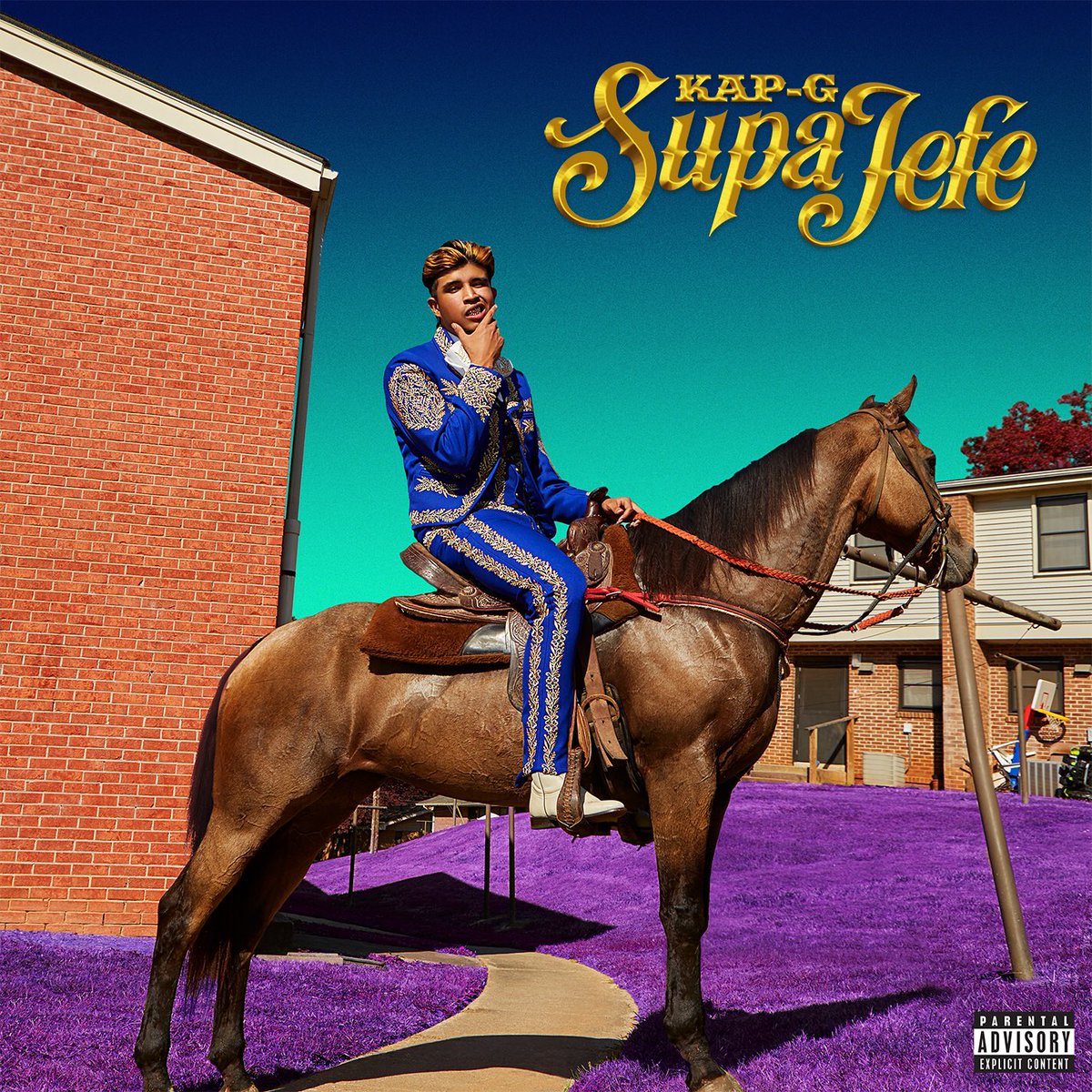