A few weeks ago on January 20th, the New Orleans Pelicans surrendered an unlikely 143 points to the league-worst Brooklyn Nets. Astonishingly, the Pelicans were in the top seven in defensive rating in the NBA before this game; therefore, the style of loss they incurred was even more improbable. Although any NBA team can defeat another on any given night, no one would expect the league-worst Nets to accomplish this feat!

Because of my astonishment, I wanted to find the probability that the New Orleans Pelicans would surrender Brooklyn Nets 143 points to the Nets on their home court. To do this, I decided on creating a binary logistic regression model that used team’s offensive ratings and defensive ratings as continuous, independent variables for the modeling process.

I took 639 observations from Basketball Reference’s game logs. Every single game from the 2016-17 season through January 19th was included. I also took the Offensive and Defensive ratings for each team as of January 20th, and the pace statistic (to identify the amount of possessions per 48 minutes) as of January 24th (b/c it was a late addition/nuance to the model to create more of an accurate representation of the probabilities of a high scoring matchup, +/- a few percentage points).

Why use midseason cumulative values rather than the pace statistic and off/def ratings of each team before each game that it played?

A portion of the 639 observations is from early-season matches. For example, the defensive of a team on January 19th would probably not be the same value as the value would be for a November 21st matchup.

This is certainly a fair critique. However, there are two main reasons for applying midseason values & confiding in the responses they yield:

For example, the Atlanta Hawks were nearly world-beaters at the season’s beginning, and then promptly endured a precipitous slide. Offensive Ratings, defensive ratings, and pace can endure significant variability from the strength of schedule, injuries, etc. So, the more games, the better our representation.

So, to compile a model that could explain the likelihood of this Nets/Pelicans occurrence, I considered the following variables for each event:

In this circumstance, Team A is the one in question: Did Team A surrender the 135+?
Team B is the opponent.

After testing the logistic regression and removing homecourt (because I performed a log-likelihood ratio test that demonstrates how a model without homecourt advantage is significantly better for predictive measurements, given the Chi-Squared value), the process had variables of “AOffRtg”, “ADefRtg”, “BOffRtg”, “BDefRtg”, “OT”, & “Combined Pace”.

Section III – Predicted Probability of Pelicans Surrendering 135+ to the Nets

So how probable was it for the New Orleans Pelicans’ highly ranked defense to surrender 135 or more points to the lowly Brooklyn Nets?

As of January 20th, the values were as follows:

The probability that the Pelicans gave up more than 134 points to the Nets was .07036 percent. Therefore, according to the model, the Nets had seven successful chances at this feat out of 10,000— and still scored even more. The probability of scoring 143 would be even lower than this!

Among the retroactively predicted probability values of games in the observation pool, there was a maximum chance of 66.73% that Team A surrendered 135 or more points to Team B, this came a Nets/Warriors matchup on December 22nd– of course. (Despite the probability, the Nets didn’t allow the Warriors to eclipse that mark. Brooklyn locked up and only gave up 117 points to the Warriors in that home game.)

The probability that the Los Angeles Lakers would surrender 135+ to the Golden State Warriors on November 23rd was 31.16%. This scoring barrage did, in fact, take place.

The probability that the Brooklyn Nets surrendered 135+ to the Houston Rockets on January 15th was 25.37%; this happened as well.

Overall, the average situation would render a mean probability value of .94%. In other words, the majority of the circumstances that our model involved “Surrendering 135” saw probabilities that were around 94 successful attempts (surrenders) per 10,000 total attempts.

Let’s get to the greatest part.

After finalizing the model, I chose to create a Shiny web app which I executed with the help of @theorthographer. Using the slider inputs in the sidebar panel, you can find the probability of any team A surrendering 135+ points to any team B.

You can find an approximate percentage chance for any current NBA team given its current offensive rating, defensive rating, and pace statistic.
You can even use it to predict any hypothetical scenario that you please.

Have fun with it. While gathering more observations to reduce the error involved in this model, the explanatory power and applicability of a logistic regression model like this will create some more probabilistic projects.

Don’t forget that you can click on the whitespace in the app to scroll up and down within it. If, for any reason, the slider inputs haven’t loaded or the probability % hasn’t shown, then just refresh the page again.

Probability should be in green 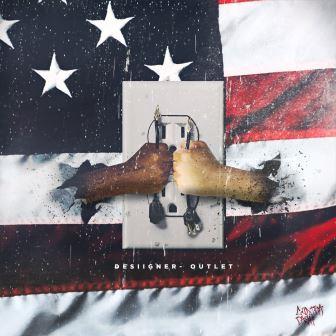